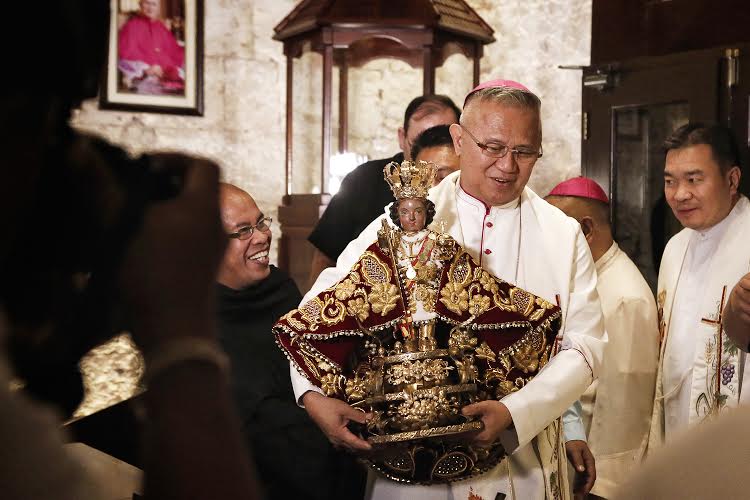 ARCHBISHOP José S. Palma, the man who will preside over the 51st International Eucharistic Congress in Cebu this month, embodies the multifarious dimensions of the universal church and the sheer diversity of people that confess communion under one Host.

Palma was born in Ginalinan Nuevo, Dingle, Iloilo on March 16, 1950, the feast of St. Joseph, the spouse of Mary after whom he was dutifully named by his devout parents, Ruperto Palma Sr. and Ester Serofia.

His education was local and international, secular and sectarian. He speaks Ilonggo and knows the other Panay languages. He has acquired relative fluency in Waray and Cebuano. Aside from English, he speaks Spanish and Italian.

But Palma in person belies the grimness of his theological investigation, according to seminarians and priests who have been under him. Tall, dark, handsome and charismatic, he reeks of vitality and tranquility. He’s a man of action, a man of the people, and a man of prayer. He’s what is called in spiritual theology of the Carmelite and Dominican traditions as an “active contemplative” or a “contemplative in action.”

In “José S. Palma: In the Palm of God’s Hand” (2015, St. Paul’s Philippines), a timely and fond biography of the important churchman, award-winning author “José Maria de Nazareno,” the pen name of Fr. Sid Marinay, a Cebuano priest of the Archdiocese of Manila, mentions Palma’s meaningful story about a spiritual teacher who instructed his follower to go to the cemetery and praise the tombs on his right and curse those on his left. There was no reaction from either side, of course. “That is holiness,” Palma annotated the guru’s teaching. “The holy are affected by neither praise nor curse. What is paramount for them is their relationship with Jesus.”

It is striking that in Father Marinay’s account, Palma directed the conversation toward spirituality after being asked about how he was dealing with the New People’s Army (NPA) in communist-infested Samar. Palma noted that the NPA guerrillas were “not troublesome.” “This confirmed the common observation he always looks at the positive side of things,” Marinay writes.

The equanimity and the utter resignation to God’s will—“in the palm of God’s hand”—have helped Palma in the vagaries and vicissitudes of his ministry.

When he was ordained in the episcopacy, he became known as the “barangay bishop” carrying out his ministry amid the underdevelopment and communist threat in Samar. He initiated poverty alleviation and ecological programs as archbishop of Palo. And as Cebu archbishop and president of the Catholic Bishops Conference of the Philippines, he led the fight to stop the reproductive health bill in Congress and gently but firmly dealt with the demolition job on the bishops by anti-church sectors in and out of government, such as the notorious “Pajero” yarn of Margarita Juico of the Philippine Charity Sweepstakes Office.

The pastoral ministry of bishops in the Philippines has historically been fraught with political risks and challenges, as Palma and the hierarchy well know. But he’s not about to be sucked back into the political vortex; he would rather work for spiritual conversion and moral reformation that should form the foundation of authentic social and human development.

Monsignor Palma would rather work to help restore everything in Christ who makes “all things new.” The focus is on Christ, not himself, as shown in his episcopal motto, “Non nobis Domine”— “Not unto us, O Lord, but to your name all the glory” (Psalm 113). 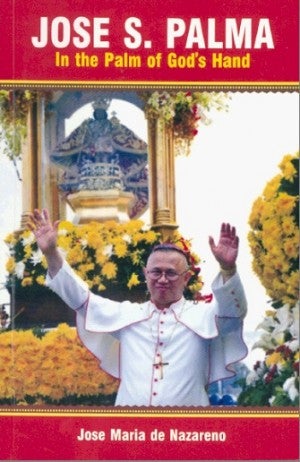 Consistent with the history of the Archdiocese of Cebu, Palma is not a Cebuano, but Ilonggo. Strictly speaking, no Cebuano has become Cebu archbishop. Palma’s predecessor, Cardinal Ricardo Vidal, hails from Marinduque; Julio Rosales, the first cardinal of Cebu, was a Waray from Calbayog, Samar; and before Rosales, Gabriel Reyes, the first Filipino archbishop, was like Palma, from Panay island; he was born in a town in old Capiz that’s now part of Aklan.

And Aklan is where New Washington is, where Cardinal Jaime Sin hailed from and where his monument now stands. Not surprisingly, Sin, who sat at the throne of the Manila Cathedral for more than a quarter of a century and became Asia’s most powerful Christian leader during his time was not a Manileño. No Filipino from Manila has ever become Manila metropolitan!

Just as ironic is that Cebu, the cradle of Christianity and the biggest archdiocese in the Philippines (with more than 350 diocesan priests, more than 150 parishes and some 3.7 million Catholics spread over more than 5,000 square kilometers), has not had one of its own sons as archbishop. No churchman who has sat on the throne of the Metropolitan Cathedral in Cebu has spoken Cebuano as a first language.

But that doesn’t seem to matter at all to Cebu’s Catholics who would welcome anyone appointed by the Holy See as chief priest to preside over their favorite devotion to the oldest existing Catholic icon in the Philippines—the Santo Niño de Cebu.

The Santo Niño is the oldest and biggest devotion in the Philippines, bigger than the Black Nazarene. The huge ebony icon is enshrined in Quiapo but the diminutive image with its many incarnations is the center of a most fervent cult of veneration in Tondo and Pandacan and elsewhere in Luzon.

Originating in Cebu, the devotion is celebrated most tumultuously there, as well as in Panay and the Visayas and pioneer Visayan communities in Mindanao.

Meanwhile, migrant Visayans and other Filipinos overseas bring with them the devotion to the Santo Niño, humorously if a tad blasphemously caricatured by Filipino-American stand-up comic Rex Navarrete as the Pinoy version of Superman and the toy soldiers of the West.

Established and propagated by the the Augustinians, the first missionary order in the Philippines, the Santo Niño devotion and its spread guided the Christianization of the islands and the rise of the Philippine nation.

The Santo Niño in fact shows the genius and intrepidity of the missionary orders (aside from the Augustinians, there were the Franciscans, Jesuits, Domnicans and Recollects). The devotions and the shrines they erected in the names of Jesus, Mary and the communion of saints in every reduccion and pueblo and the feasts they celebrated in their honor in the liturgical calendar means a whole year round of constant holy celebrations and most important, of religious pilgrimage and inter-island traveling.

Nowadays, such would be called “domestic tourism.” But it is really the Church that invented tourism and the hospitality industry: the age-old pilgrimage to Santiago de Compostela in Spain transformed the ancient monasteries into traveler’s inns and gave rise to the merry cottage industry of hotels and taverns.

But beyond tourism and commerce, the pilgrimage to the shrine of Saint James the Apostle that continues up to now has united Europe and created the very distinct Latin Christian civilization of the West.

Similarly, the cross-country, whole-year-round pilgrimage to the shrines of the Santo Niño, Black Nazarene, Peñafrancia, and Santo Rosario (La Naval de Manila, Manaoag, Piat) united the scattered islands and fractious tribes speaking at least 87 languages and has created the nation known as Filipinas.

Come to think of it, the oldest icon in the Philippines is neither Spanish nor Philippine. It is Flemish; it came from Flanders or what is now the Dutch-speaking region of Belgium. Even then, the image actually represents neither Flemish nor Belgian Catholic devotion but Czech: the Holy Infant Jesus of Prague.

In another instance of the sheer multiplicity of people and races and communities that have embraced the   Catholic faith, the image was brought to the Philippines by a Spanish expedition with a Portuguese navigator at its helm!

As it is well known, the icon was given by Magellan as a gift to Juana, Humabon’s wife, when the royal family and their subjects converted to Christianity. The mass conversion had again a universal or “international” aspect to it since included among the conversos was a Siamese trading with the locals—a Muslim!

Perhaps the first Thai Catholic, he was baptized Cristobal, probably after Christopher Columbus, who had “discovered” the Americas and the New World some 20 years before, or more probably, after Saint Christopher, the third-century Roman martyr who earned the apocryphal title and legend of the “Christ bearer,” someone who carried on his shoulders the Infant Jesus—the Santo Niño!—and ferried him across the river so that the saint became patron of pilgrims and travelers.

To be sure, among the pilgrims to the Cebu congress this week will be Thai Catholics, who were given a cardinal (only their second!) by Pope Francis in the last consistory exactly one year ago—Cardinal Francis Xavier Kriengsak Kovithavanij of Bangkok. The same consistory made also a prince of the Church Archbishop Charles Maung Bo, S.D.B. of Yangon, Myanmar. The Burmese cardinal has been named by the same Pope his legate to the Cebu congress.

All of this should mirror not only the international character of the Eucharistic congress in Cebu, but the universality of the Church as well.

José Maria de Nazareno’s “José S. Palma: In the Palm of God’s Hand” is published by St. Paul’s Philippines and is available at St. Paul’s bookstores nationwide. For bulk orders and other information, call 8959701 to 04 or 8966771.