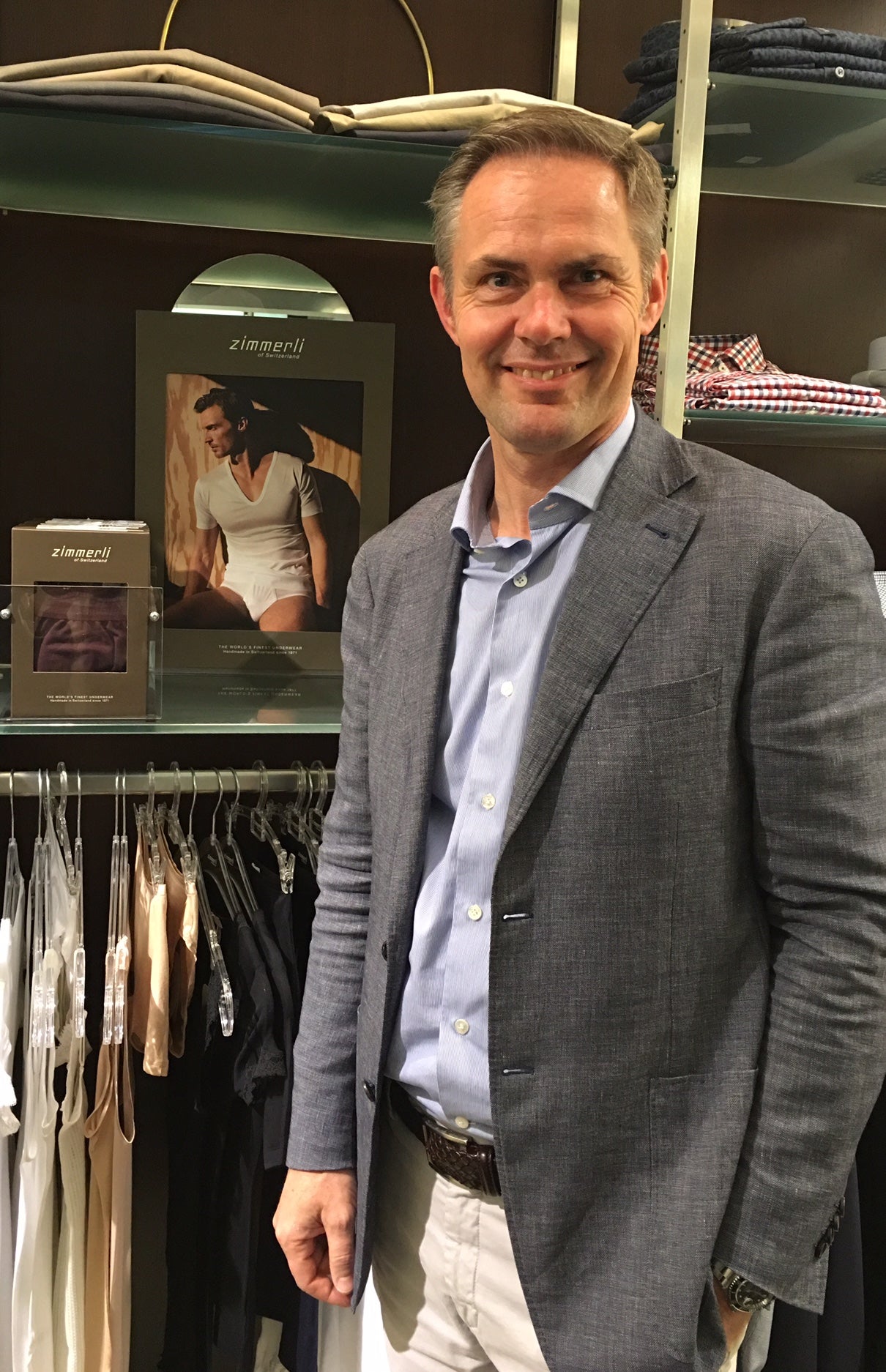 If you could spend untold sums on a designer bag, then why not invest a little on items that add to your comfort, but are hardly seen by others except you and your partner?

“I learned about Zimmerli during my travels abroad,” Koa said. “When I finally got to try it myself, I really felt the difference. For me, it’s one of the ultimate forms of luxury.”

Zimmerli, which has remained a family business since it was founded in 1871, manufactures men’s undershirts, tank tops and briefs, and women’s so-called spaghetti tops, panties and slips in Lugano, Switzerland.

Men’s items come in white and black, while those for ladies usually come in white, black and nude. Depending on the season’s forecast, Zimmerli occasionally ventures beyond neutral colors.

“They’re well-made basic products using the finest materials,” said Koa. “They don’t do bras, but they also offer a line of luxury sleepwear for men and women, which we don’t carry yet.”

Celebrities such as Hugh Jackman, David Beckham, Karl Lagerfeld, Jennifer Aniston and Nicole Kidman reportedly use the brand. In fact, a toned Jackman wore a ribbed Zimmerli tank top during his star turn as Wolverine.

“We don’t believe in hiring celebrities to wear our products,” said Marcel Hossli, Zimmerli’s Swiss CEO. “It was their decision to wear Zimmerli. The most we can do is give them an item to sample.”

Apart from using 92-percent US Pima cotton, each piece of Zimmerli underwear is overseen by several persons in every step in the production process.

Unlike mass-produced brands, Zimmerli doesn’t resort to full automation or total dependence on machines to do the job. Instead, the company relies on its 65-strong personnel to produce underwear exported to 25 countries, including China, Singapore and Japan.

“We may employ the best machineries to perform certain operations, but people are still on top of these machines,” said Hossli. “Sewing, especially delicate components like French lace, is mostly done by hand.”

Such attention to details manifests in the products’ fit. Nothing can be more “disturbing” than underwear that doesn’t fit your body, said Hosli.

While cotton allows the body to breathe, a material called Elasthan gives each piece of Zimmerli underwear elasticity for added comfort and movement.

“A number of women’s tank tops are pretty enough to be worn under a cardigan or denim jacket,” said Koa.

But Zimmerli has no plans of competing directly with Spanx in producing slimming and shape-enhancing underwear made mostly of synthetic materials. Such a move would run counter to its DNA of producing garments using mainly natural fibers.

“Wearing underwear made from natural fibers makes sense, especially in warm places like the Philippines,” said Hossli. “Since people tend to sweat a lot during warm weather, underwear made mostly of synthetic fibers won’t be able to fully absorb sweat.”

Zimmerli’s line of underwear retails locally from P2,850 for women’s slips to P6,250 for spaghetti tops with lace detailing.

“I’m still looking for an ideal place, preferably in Makati, for Zimmerli’s first standalone store in the Philippines,” said Koa.