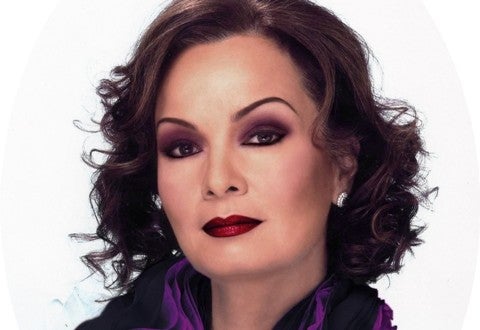 What went before: Miss Universe 1973 homecoming

On the morning of Aug. 30, 1973, the “most beautiful woman in the universe,” a Filipina, finally came home.

A jubilant crowd, most of them cheering and shouting “Mabuhay!” welcomed Miss Universe 1973 Margarita “Margie” Roxas Moran upon her arrival at the then Manila International Airport, where she was met by government officials, relatives and friends, according to newspaper articles published at the time.

Moran, who won the second Miss Universe crown for the Philippines four years after Gloria Diaz took the title, bested 60 other women from around the world during the coronation night in July 1973, in Athens, Greece. She was also named “most photogenic girl” during the pageant’s 22nd edition.

Garbed in an aqua terno, the 19-year-old Moran walked on the red carpet at the airport wearing her Miss Universe crown and sash, with scepter in hand.

The Philippine Air Force band sustained the festive mood with compositions by a local composer, while honor guards kept the six-deep crowd at bay.

Flower petals and ticker tape rained on the motorcade that deposited Moran at the Manila City Hall, where she received the key to the city from then Mayor Ramon Bagatsing and his spouse.

The motorcade then headed for Malacañang where the beauty queen was received by former First Lady Imelda Marcos at the music room. The lovely lass from Mandaluyong was accompanied by her father Francis, mother Rosario, sister Lulette, her six brothers, grandmother Nieves and uncle Eddie.

In a statement, Marcos congratulated Moran for bringing honor not only to herself and her family, but also to the country.

“[A]s Miss Universe you will have a great responsibility to your country, that of remaining first and foremost a Filipina,” Marcos said.

“I pray that you will carry this responsibility of being a Filipina and all that this stands for, wherever you go,” the First Lady added.

During the press conference, Moran said she intended to help boost the country’s tourism sector during her worldwide tour as Miss Universe. She would also help government bring home Filipinos abroad, she promised.

In another luncheon conference at the Manila Hilton’s Coral Terrace, Moran revealed that when asked about martial law, she answered that the Philippines needs it because “a growing country needs a strong government.”

Asked about the factors that helped her win the contest, Moran said it was her “smile.”

“I guess I managed to stand out. I tried at all times to be different from the others,” she added. Rafael L. Antonio, Inquirer Research