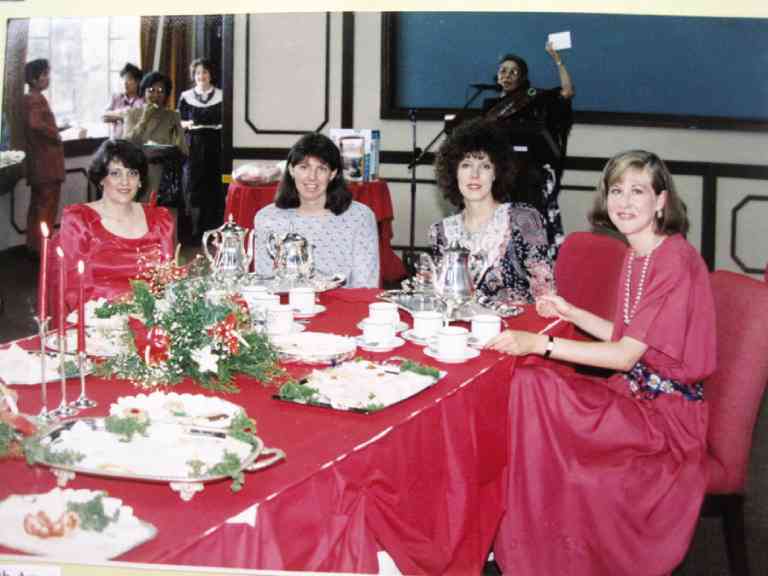 How can an organization that has had for its motto since 1933, “to help people in need,” fold up just like that, at a time that the numbers of the needy have multiplied?

The Monday Afternoon Club (MAC)—composed of women of various nationalities, wives, widows or daughters of foreigners—was founded to support deserving causes in Baguio and the rest of the Cordillera.

But its last set of officers and members, led by Rebecca Luyk, was convinced that MAC, as it’s been known for over eight decades, had become redundant and must close down after having been the leading do-gooders of the city.

Luyk, who went through the club’s archives, described how the early MAC members lived outside Baguio, near the mines of Antamok and Balatoc. They would go to Baguio on weekends to shop for supplies and return to their wooden houses near the mines.

One Monday afternoon in July 1933, the women met in the house of a missionary named Ruth Eschback and thought of starting a welfare organization with charity, educational advancement, and agricultural improvement as its goals.

In that meeting were Murry Crosby, who proposed that the American women in Baguio form a welfare organization with Marie Parker and Marie Halsema, the Baguio mayor’s wife.

They sent out letters to all American and European women of Baguio and the mining communities to explain their plans.

From a membership of 18, the number grew to 132 before World War II.

During the war, two members were imprisoned at Camp Dangwa and experienced what it was like to be on doleouts. Their former househelp sustained them by giving them kamote as well as sayote tops, potatoes and potato peelings (for soup) through the barbed wires.

Natalie Crouter, a prisoner, wrote about her experience, smuggling out slips of paper that would become the book, “Forbidden Diary,” published in New York by Burt Franklin & Co.

In its introduction, Lynn Z. Bloom noted how the journal was written on “small scraps of paper—flaps of envelopes, margins of book pages, cut-up fragments of discarded records and ledgers.”

These slips of paper were concealed in cut-up plastic raincoat under food supply cans, then secured in a bag woven by Igorot natives. Bloom observed how “confined persons are often prolific diarists.”

After liberation, the MAC women pursued their reputation as “angels of mercy,” quietly helping individuals help themselves. They sewed pillowcases to give away to hospitals or orphanages.

Much of Baguio’s baking tradition can be traced to these women, particularly Kate Crosby whose recipe for homemade raisin bread the Baguio Country Club learned to make.

Luyk, a community development worker, rued how the city’s face and map have changed.

“What we used to bake is now done by more commercial and large-scale bakeshops whose names are found nationwide. Everything’s mass-produced. There are too few of us to do all those things—bake, sew, pack, organize.”

Families went in droves to their events, such as Shoppers Day at the Baguio Convention Center or Brent School on the first of November for things handmade and homemade, from red velvet cakes to balloons with cloth covers.

Then there was the traditional Valentine Tea, a fundraiser at the US Ambassador’s Residence, Camp John Hay, where savories such as pigs in blankets and sweets such as tartlets would be served with punch, tea or coffee.

The money raised, among other assistance, went to the rehabilitation and repair of the Baguio General Hospital children’s wards; 10 homesteaders in Kalinga; Operation Smile harelip and cleft palate surgeries; toys and book library for the Benguet General Hospital; scholarships for indigent students taking four-year courses; a tractor for land development through Dr. Juan Flavier and the Philippine Rural Reconstruction Movement; soundproofing a studio of the School for the Deaf; distributing vitamin A supplements to prevent blindness.

The MAC may have also pioneered the ukay-ukay (secondhand) business in the city. The Thrift Shop carried all kinds of shoes, bags, clothes, white elephants, some of them brand-new, books and magazines.

The ladies took their Monday meetings seriously. Luyk said, “When the gavel struck, everybody was quiet. You could hear a pin drop. We followed the Robert’s Rules of Order for those meetings.”

Luyk, who’ll go down in MAC’s records as the keeper of its history, recalled that she was hesitant when she was being recruited to join. She imagined the expat women as living the good life among the rich and famous until she saw their sincerity, especially how their advocacies were compatible with her own: children in conflict with the law, rehabilitation of drug abusers, visitation of women jail inmates.

Even as she put MAC’s papers and history in order, she uttered what could be the generous soul’s dictum: “When I join something, it’s with all my heart.”