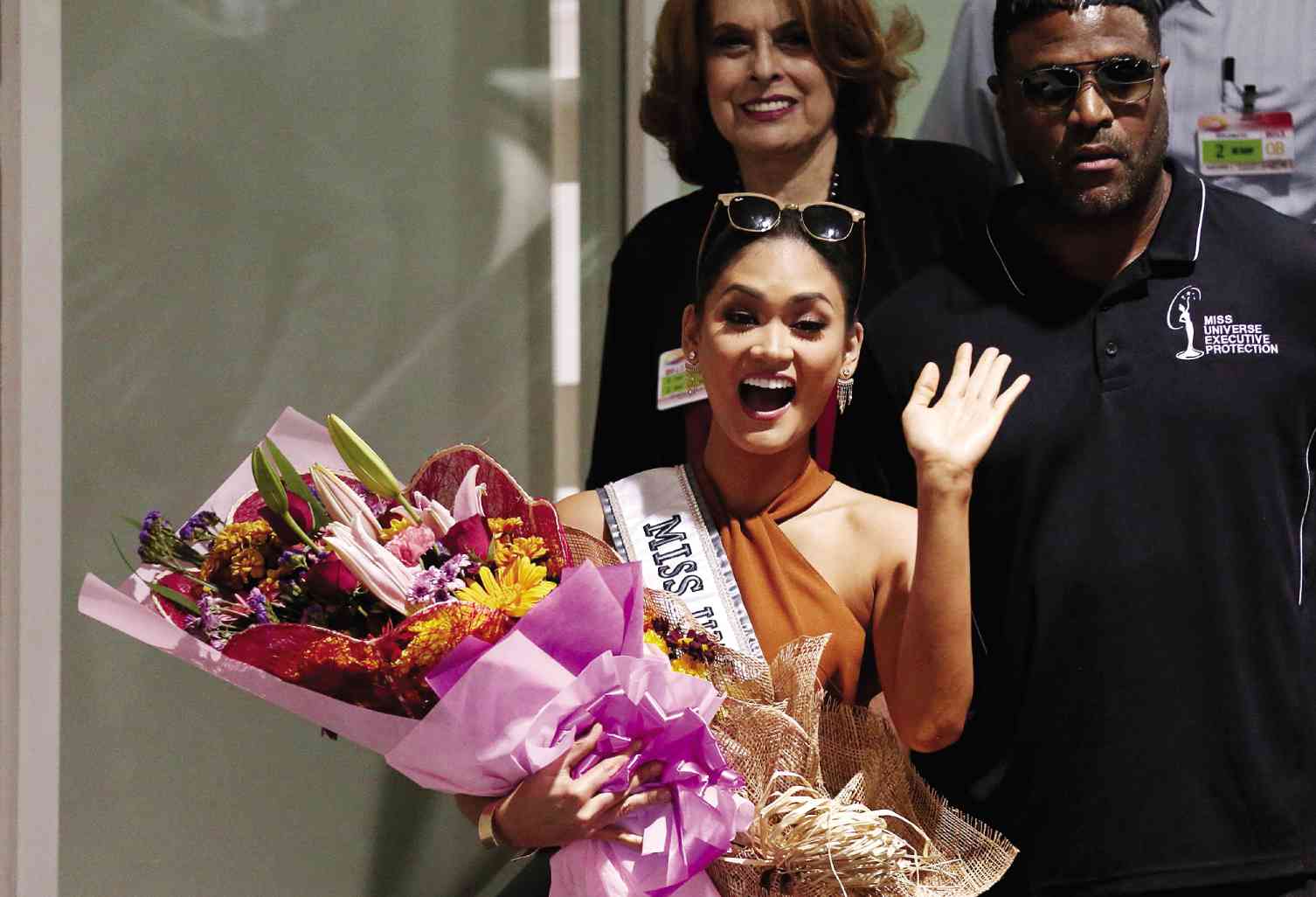 GRAND HOMECOMING An exultant Pia Alonzo Wurtzbach waves to well-wishers on her arrival on Saturday morning at the same Manila airport where, just a month ago, she left virtually unnoticed. The 2015 Miss Universe comes home to a grand homecoming that includes a ticker-tape parade on Monday, a courtesy call on President Aquino and a congressional medal of distinction from lawmakers. NIÑO JESUS ORBETA

Miss Universe 2015 Pia Wurtzbach said she is overwhelmed by the support she receives not just from her female fans but also those from the LGBT (lesbian, gay, bisexual, and transgender) community.

In an exclusive interview with the Inquirer Lifestyle on Sunday, Wurtzbach expressed her gratitude that some of her fans from the LGBT closely monitored her rise from Binibining Pilipinas to Miss Universe.

“I’m very thankful. I’m a representative of everybody now, not just the women, but everybody,” Wurtzbach told INQUIRER.net in the interview.

Wurtzbach said she does not want to be seen as biased in supporting the cause of the female sector just because she’s Miss Universe.

She said she also wants to champion the rights of the LGBT in the Philippines.

“I don’t consider myself as being leaning more towards women. I think there should be equality for everybody, for all genders, even men, and everybody in between,” Wurtzbach said.

To show her commitment to champion the rights of the LGBT, Wurtzbach said she would join a public testing for HIV in New York.

READ: To show the world her advocacy, Pia Wurtzbach wants to get tested for HIV

“The first step is get yourself tested and to let yourself be informed. I have plans of getting tested myself, too,” Wurtzbach said.

“If I take the first step, then maybe others can follow suit. So I hope that they do, they really do,” she added.

The Philippines last took home the crown in 1973, courtesy of Margie Moran. It was a short wait after the victory of Gloria Diaz in 1969. JE