And here she is… Pinay is new Grandma Universal | Lifestyle.INQ ❮ ❯ 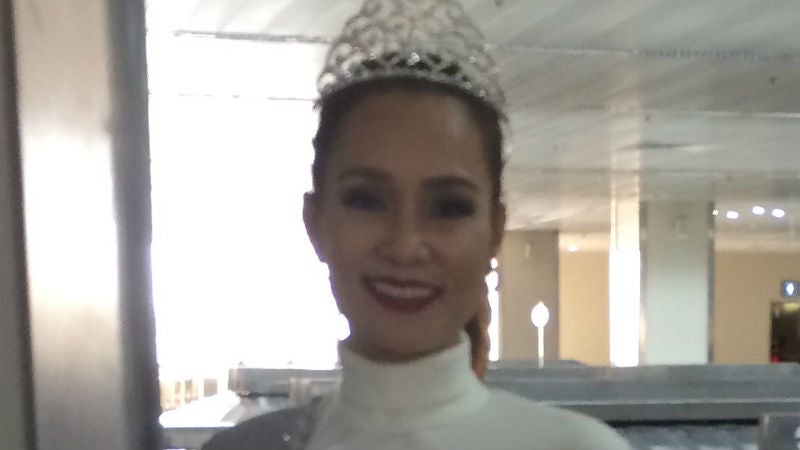 And here she is… Pinay is new Grandma Universal

BABYLYN Decena-Newfield is a mother of four and grandmother also of four but hardly looks it.

A 48-year-old widow, Newfield returned to the Philippines on Sunday after winning the Bulgaria-based Grandma Universal 2016 pageant last week.

Newfield was the first Filipino woman to compete in the international beauty contest with some 50 other grandmothers from around the world, held Jan. 21 in Sofia.

“It is an honor,” she told the Inquirer, “This is the first Grandma Universal title for the Philippines.” She obliged media by wearing her sash and crown.

“It is a privilege that, at this age, I can still win a title,” she said, smiling.

Apart from winning the title, she also won the best national costume award.

Newfield, chief executive officer and president of Cartridge World-Philippines, said she was handpicked by international pageant director Ovette Ricalde to represent the country in the contest.

“He (Ricalde) saw me taking part in fashion shows and asked me to compete in the Bulgarian pageant,” she said.

Newfield said she only walked the runway for fun since she was friends with some fashion designers and stylists. It was also the first time she joined a beauty pageant.

She was well within the qualifications for the pageant—45 years old and over with grandchildren—so she accepted Ricalde’s offer.

It entailed little preparation, Newfield said, basically just adjusting her posture, her walk and maintaining her poise. She also had to maintain a healthy diet, exercise and take care of her skin.

During the pageant she showed off her skill in “muay Thai,’’ a combat sport of Thailand, setting herself apart from the other grandmas, who sang, danced or recited poetry in the talent portion.

The Grandma Universal pageant is held annually in Bulgaria, which celebrates Grandma’s Day on Jan. 21. The international competition, first held in 2012, is open to grandmas who have the qualities of an ideal grandmother: nurturing, beautiful, elegant and confident.