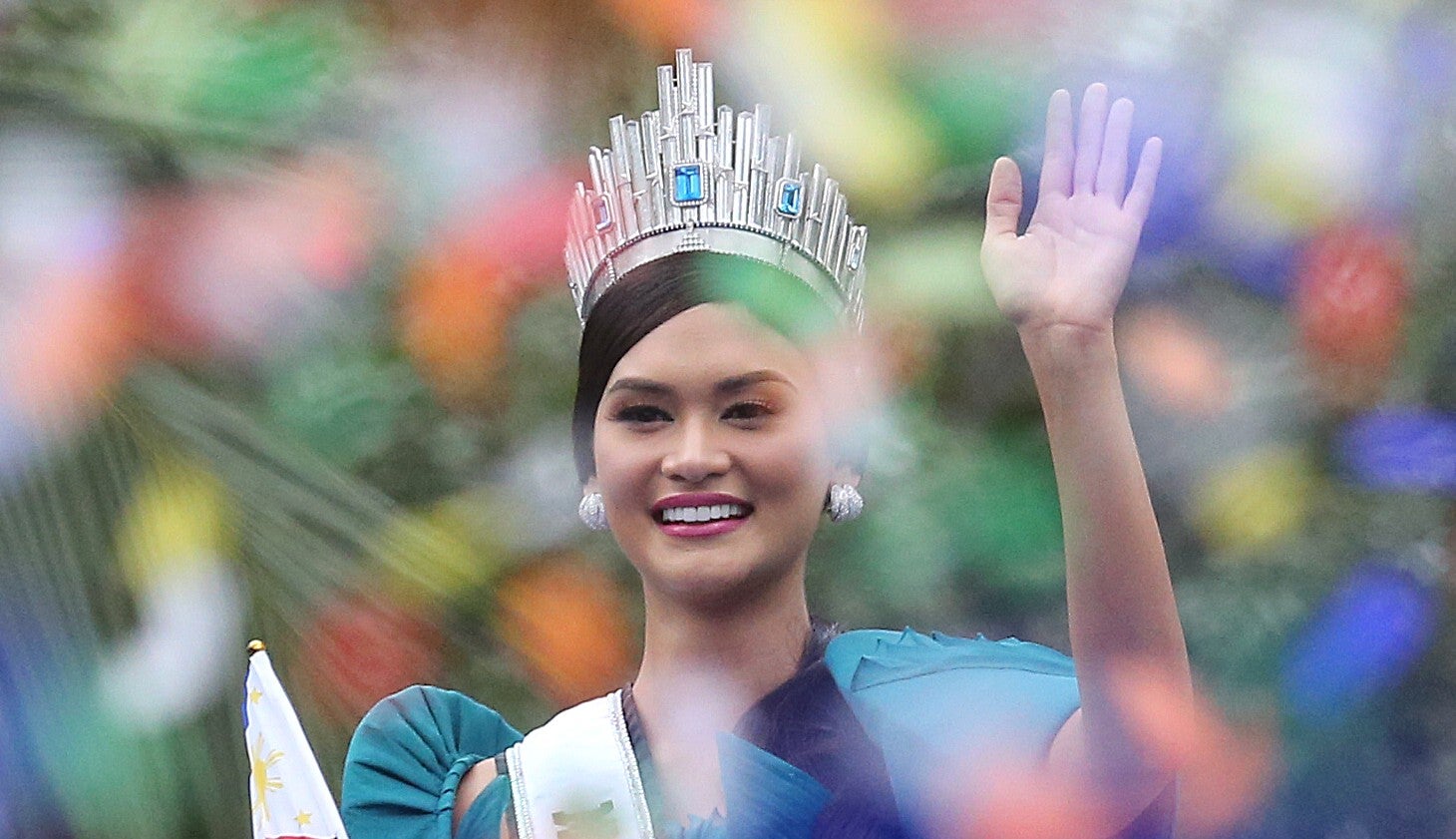 IT was a grand parade fit for a queen.

Miss Universe 2015 Pia Wurtzbach had her ticker-tape parade snaking through three cities on Monday with thousands of people showing up on the streets to show their support for the most beautiful woman in the world—the universe rather.

People from all walks of life—students, government employees, yuppies and street sweepers—went to the parade route crossing Manila, Pasay and Makati cities to show their appreciation to Wurtzbach who ended the country’s 42-year drought for the title.

The parade, which started at around 2:30 p.m., ended in Makati City’s Ayala Avenue after nearly four hours of travel.

The 26-year-old beauty queen wore an emerald green terno made by Albert Andrada, who was also the designer who made the royal blue gown she wore when she was crowned as the new Miss Universe last December.

Filipinos braved the harsh sun and even rain armed with their smartphones to take a look at the woman known for being confidently beautiful with a heart.

Here are some photos from the parade: 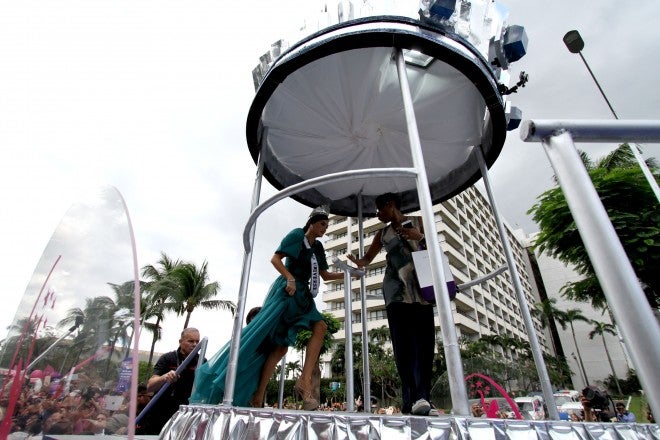 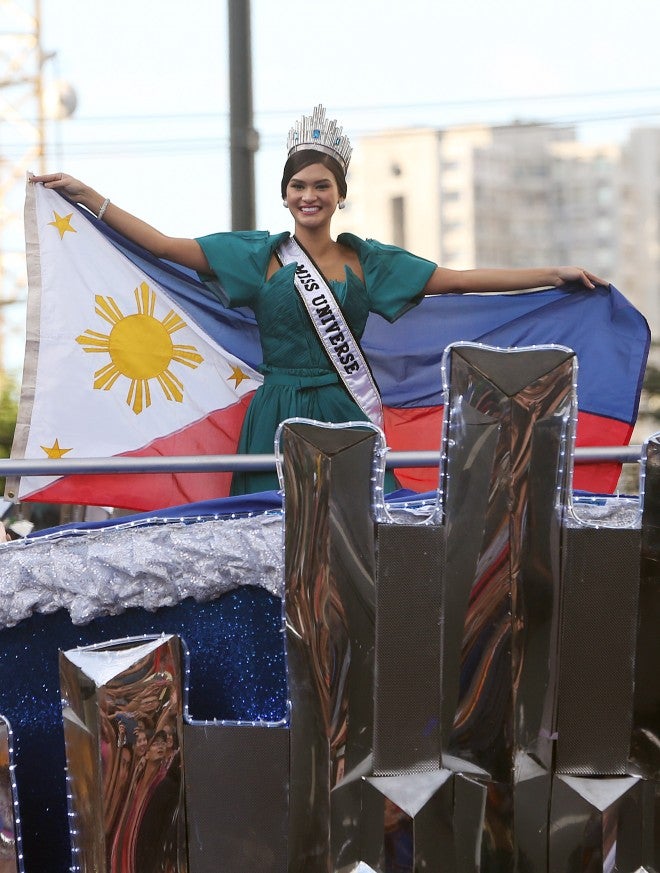 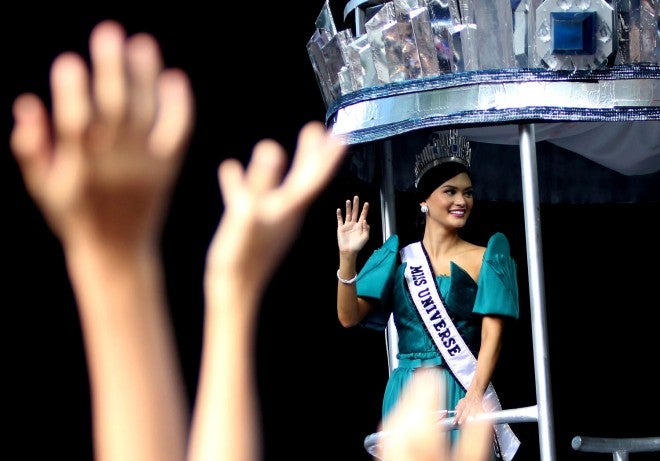 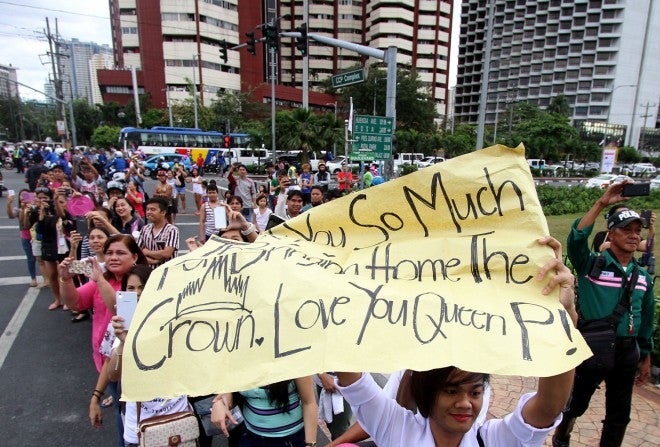 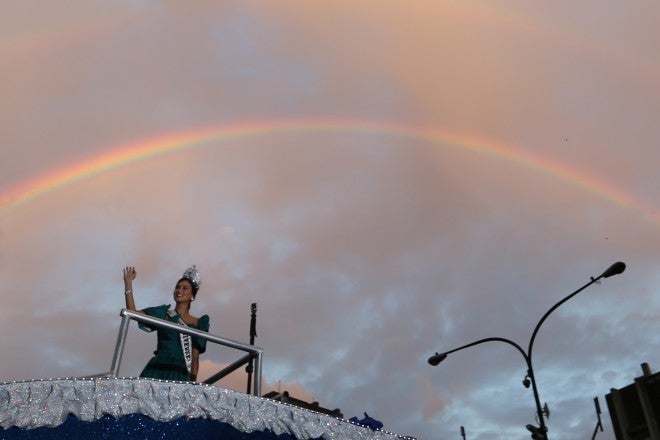 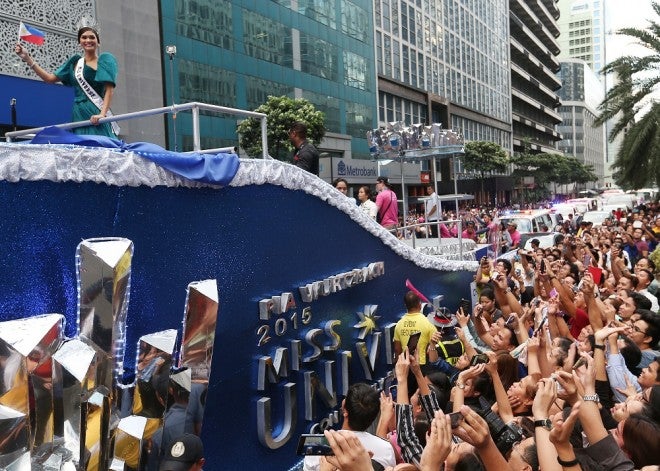 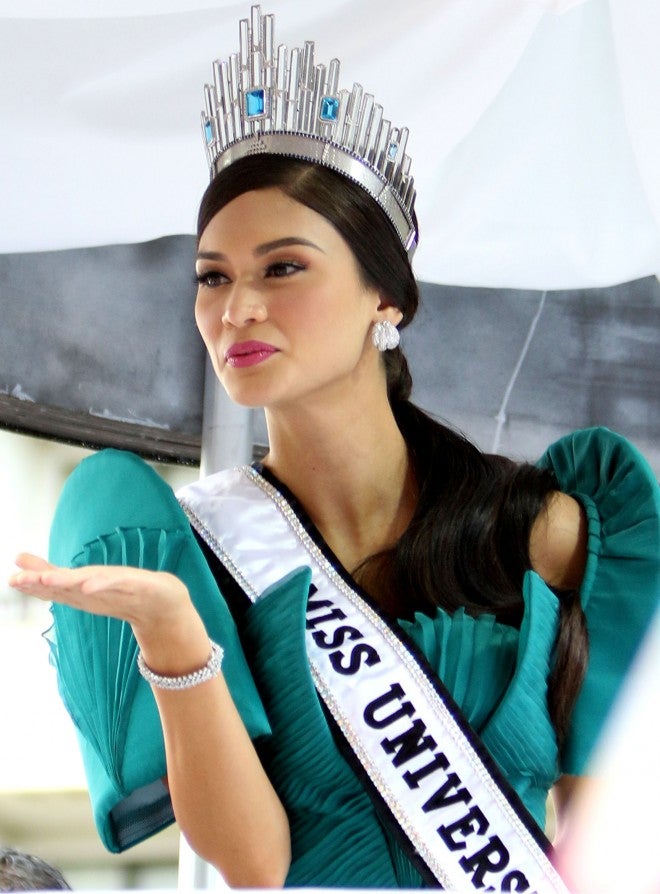 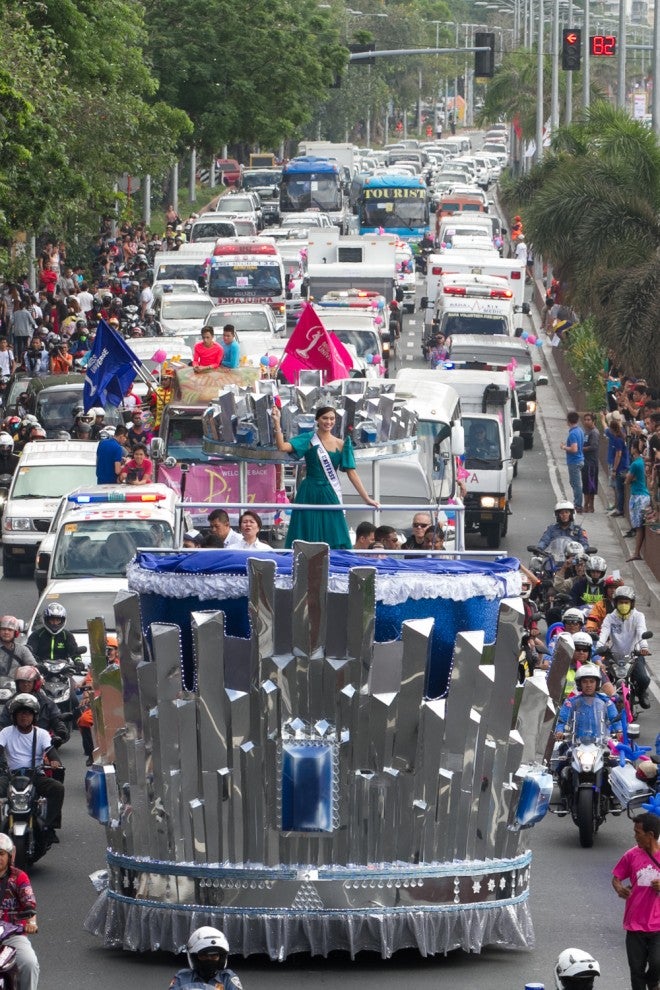 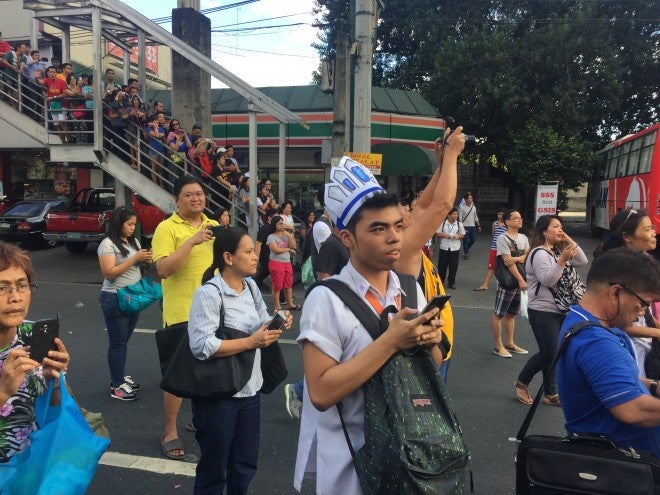 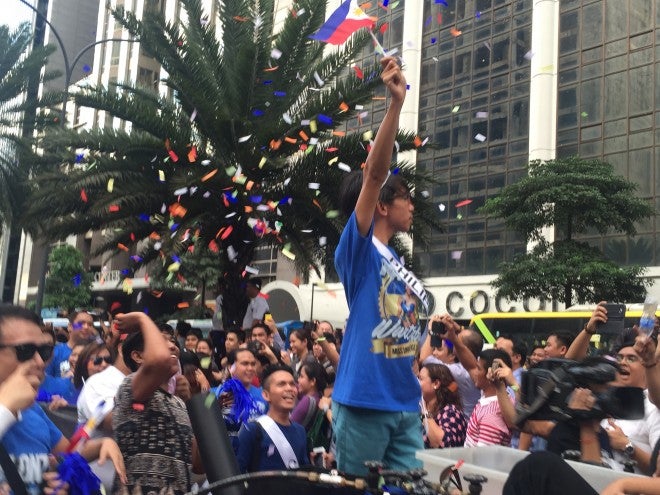 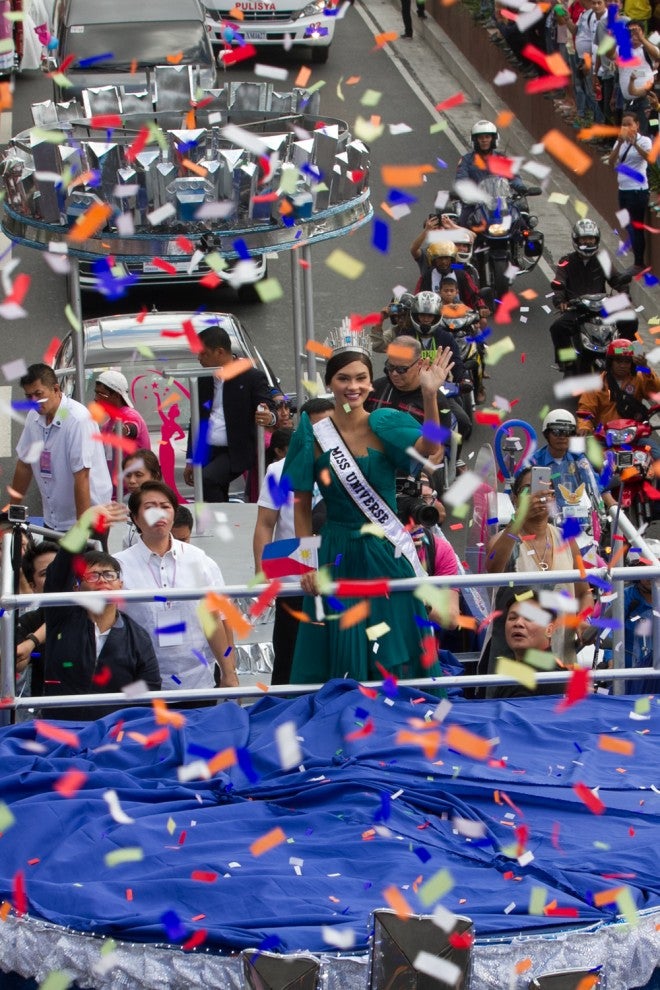 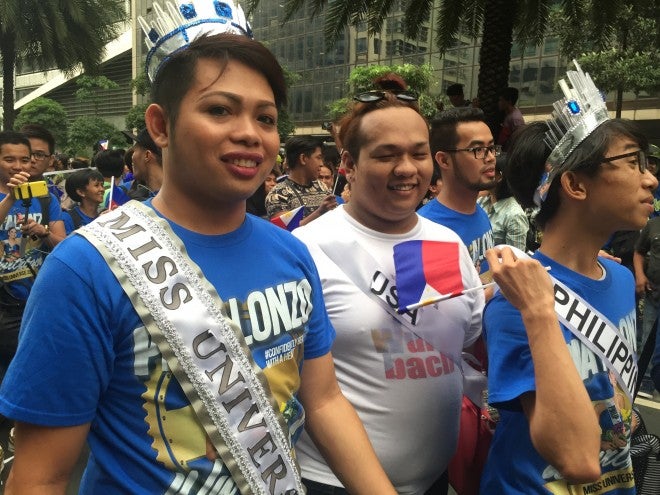 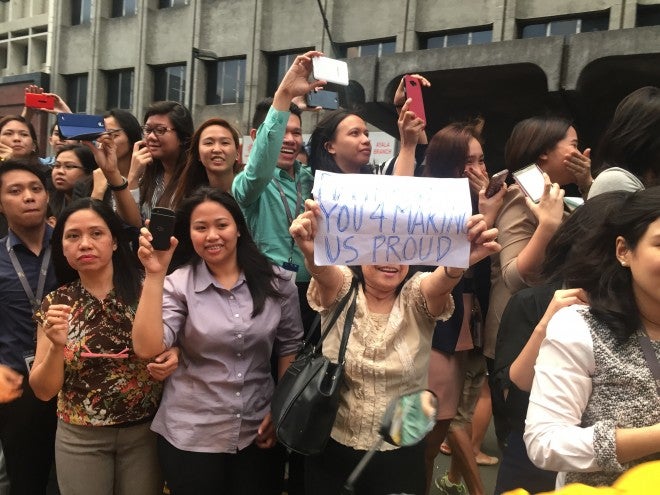 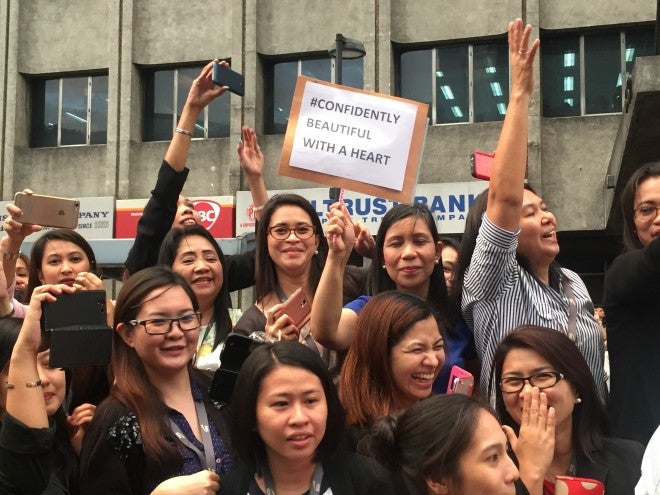 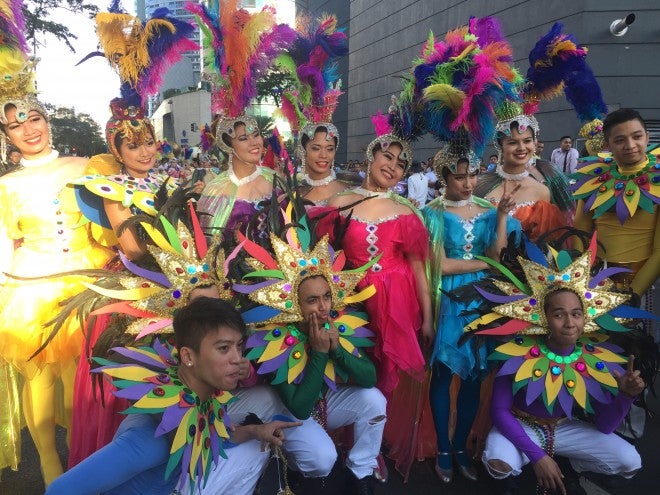 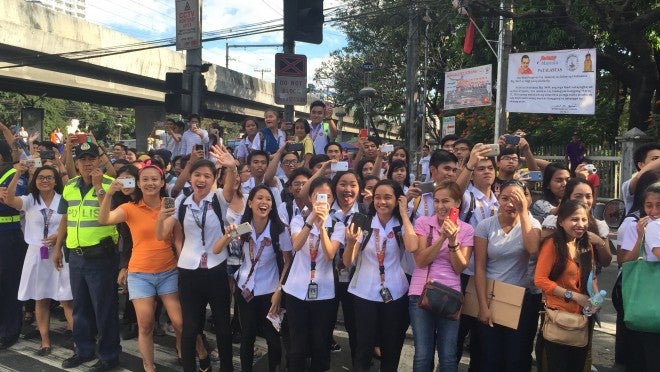 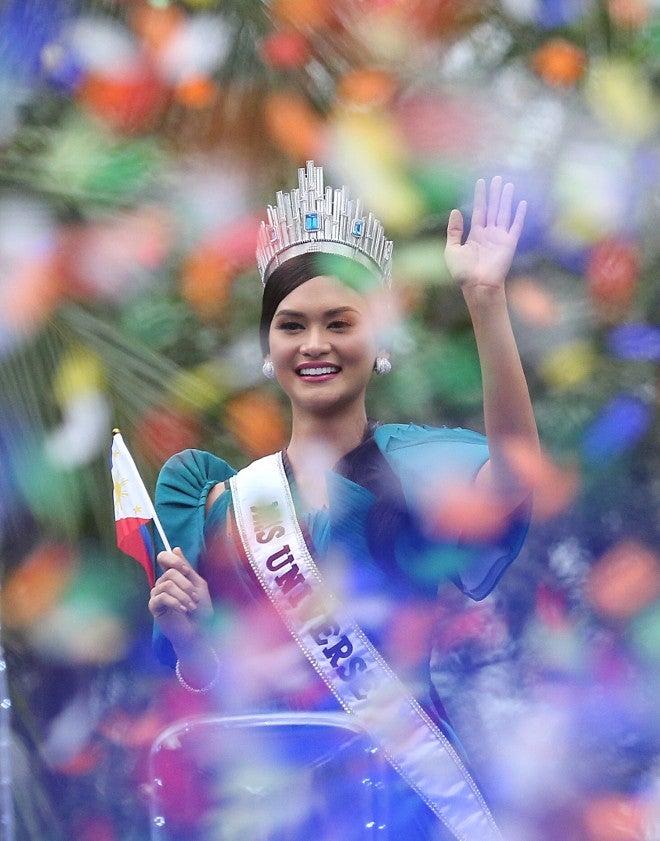