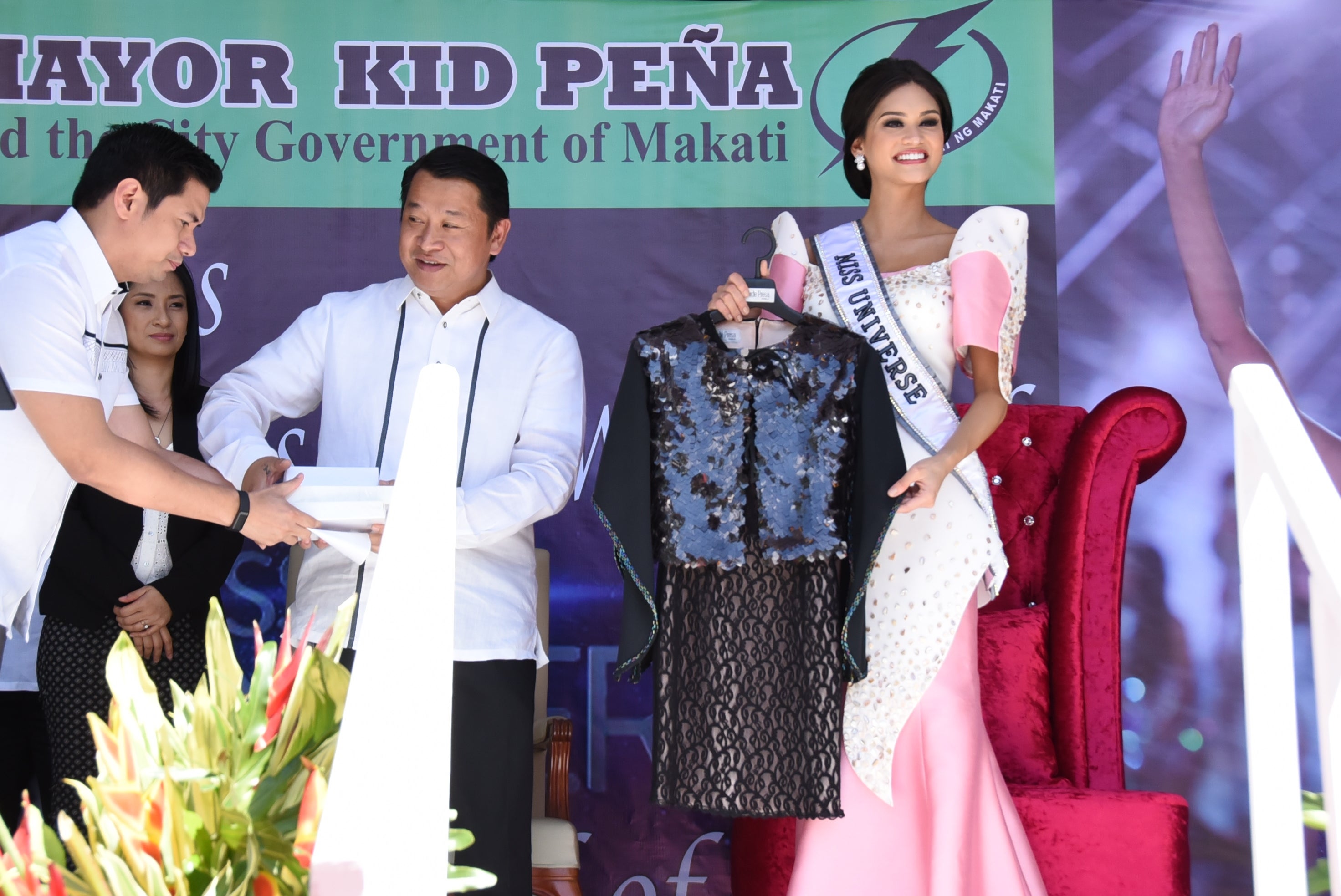 A day after her well-received grand victory parade, reigning Miss Universe Pia Alonzo Wurtzbach on Tuesday graced the city of Makati in a short but sweet visit.

Wurtzbach thanked the people of Makati for the warm support the city has accorded to her during her homecoming parade during her first visit to the country more than a month after being crowned as Miss Universe.

“Thank you for your warm welcome and I was happy with the parade yesterday. We passed by Makati,” Wurtzbach said in Filipino.

“It was very magical! If I can describe it in one word, that would be it. Mayroong double rainbow (There was even a double rainbow). The people were very happy. I feel elated seeing the country unite. I’m very happy,” she added.

Wurztbach paid a courtesy call on acting Makati Mayor Romulo “Kid” Peña to thank the city government for playing host to her grand parade that occupied the busy roads of the city’s Central Business District.

In his message, Peña charged the country’s third Miss Universe title-holder with the task of “touching hearts and lives wherever you go as you carry out your mission as Miss Universe.”

A thick crowd of shrieking and cheering supporters, some of whom were city government workers who stepped of out of their offices, greeted the 26-year old beauty queen, as if the outpour of support yesterday was not yet enough.

The Filipina beauty was honored with a key of the city and a plaque of recognition which was presented by Peña and his city administrator.

Wurtzbach was also presented a “special gift” from the people of Makati: a dress made by Makati designer Nardy Bueza.

She was introduced to the city officials inside the city hall before being sent off for her next appointment.

“Pia is overwhelmed with everything that happened to her. When she thinks of it, looking back, she thinks it was a big opportunity to represent the country,” Peña told INQUIRER.net in an interview.