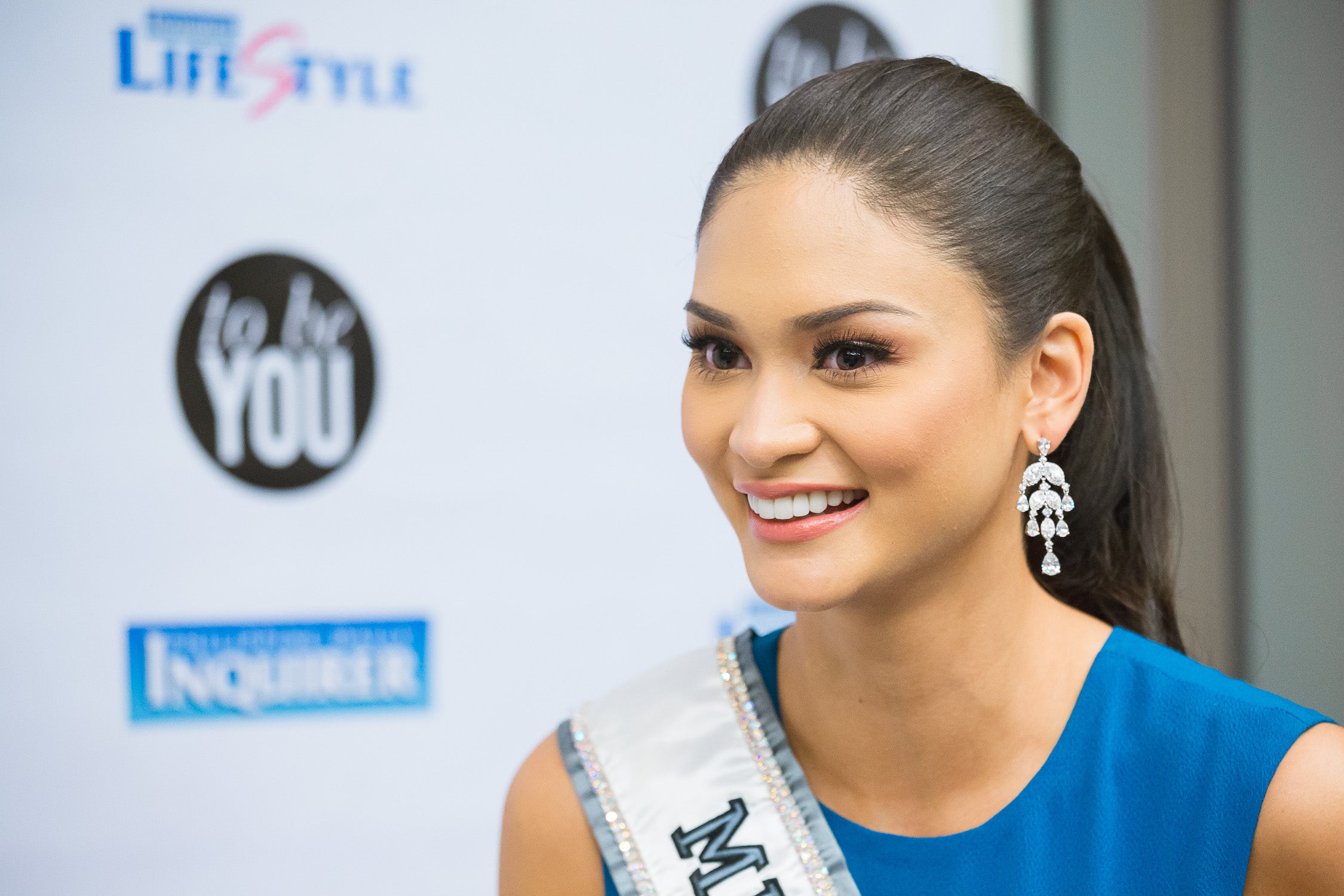 Her Inquirer Lifestyle work was ‘practice for Miss Universe’

Now that the pageant is over, I don’t have to wear platforms anymore. Thank God! Now, I can wear regular heels, which is more me.”

2015 Miss Universe Pia Alonzo Wurtzbach shared this bit of information with a sense of glee and relief during an exclusive interview with her Inquirer Lifestyle family last Sunday at Novotel Hotel in Quezon City.

Before flying off to Las Vegas last month to compete in Miss Universe, Wurtzbach was a contributing writer and stylist at Inquirer Lifestyle’s ToBeYou section.

She entered local show biz via ABS-CBN Star Magic as a perky preteen. She also dabbled in modeling.

“Shoes are very important,” she affirmed. “When I dress up, I kind of style things from the shoes up. You can have a very simple outfit, but with the right accessories, you’re good to go.”

Apart from stepping into a “nice” pair of shoes, she keeps in mind that “what you step into everyday is comfortable and stylish,” she added.

In an exclusive interview also last Sunday with ABS-CBN’s Mario Dumaual, Wurtzbach credited the training and exposure she got as an Inquirer Lifestyle contributor for honing her sense of style: “I’ve been working with them for a while. Every time we do shoots, we always think that this is practice for Miss Universe. This is preparation for Miss Universe.”

Her media training, she added, also helped her become what she is today: “I started writing, doing makeup and styling. Everything I did, I was able to apply during the pageant.”

Wurtzbach still draws on her training even now that she has won the crown. A few days after moving to New York, for instance, she was photographed by the paparazzi wearing a pair of sunglasses, vest and jogging attire. She got photographed, again without her knowledge, while buying a drink in a convenience store.

Her photos on both occasions were later splashed on tabloids and social media.

“Now I know that they [the paparazzi] are just out there in the vicinity,” she said with amusement.

Indeed, such attention can make even the most level-headed girl jaded and insulated.

So how does she stay grounded?

By reaching out to friends and people she works with, she said.

“People always ask me questions,” she said. “For a change, I try to ask other people how they’re doing. Ikaw naman, kumusta ka?”

Her concern for others extends to those who do her hair and makeup. Since the Big Apple is a melting pot, Wurtzbach is genuinely curious where people she deals with originally came from, and how long they’ve called New York home.

Since she’s new to the place, the foodie in her sometimes ends up asking her co-workers at Miss Universe Organization (MUO) where she should go for, say, the best pizza.

Her unexpected but welcome assignment to New York gave her the perfect excuse to splurge on clothes. She has every reason to.

Apart from her desire to look the part, Wurtzbach really needed outerwear, such as coats and jackets, for New York’s brutal winter.

She beefs up her wardrobe with clothes pulled out by MUO’s resident stylists. By now, they know Wurtzbach’s style and what would look good on her.

“Although we live in the same place, my wardrobe would look quite different from Miss USA Olivia Jordan’s wardrobe. You can tell which is mine and which is hers,” she said.

When her predecessors—Gabriela Isler, Miss Universe 2013, and Paulina Vega, Miss Universe 2014—won, one of the first things MUO, then owned by businessman and now Republican frontrunner Donald Trump, asked them to do was to pose in a series of Yamamay swimsuits.

MUO did it differently this year by making Wurtzbach do a series of interviews with various media outlets in New York. She was such a hit! Pageant fans are now dying to see her show some skin in the latest Yamamay collection. “I don’t know yet,” she replied, asked when that would be.

Once she does, expect images and endless analyses of Wurtzbach’s naturally curvy physique to trend anew on social media and various pageant forums.