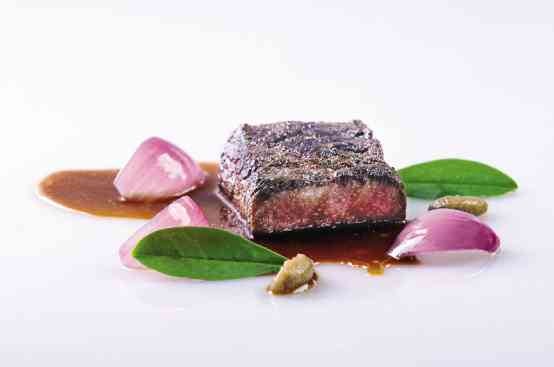 JOSÉ Luis “Chele” Gonzalez took to the stage at  Madrid Fusión this week not to talk about a traditional Filipino dish, like what Margarita Forés and Myrna Segismundo did around the same time last year, but to profess his undeniable love for his country—not Spain but the Philippines, which he considers home.

Gonzalez, who is the chef behind Vask, Gallery Vask and Arrozeria, gave a presentation titled “Spanish Creativity, Filipino Inspiration” to an international pool of foodies at the Palacio Municipal de Congresos de Madrid.

He narrated how he ended up in the country as a result of burnout in professional kitchens abroad. “I was tired and exhausted. And didn’t have any social life or Sundays off.” That’s when he found solace and comfort in the Philippines; the longer he immersed himself in the local lifestyle and culture, the harder it became to leave.

He admitted, however, that it wasn’t love at first sight. “My first impression of Filipino food was that it wasn’t at its best so I wasn’t that interested that first year,” he told this writer.

But now, he is definitely smitten. “I find it very fascinating, especially how it is connected historically with Spain. It is now my biggest inspiration. And after five years, I have created a new language in the cuisine because of my curiosity about my new home, the Philippines, along with my values as a chef and an individual.”

Gonzalez prepared some of the dishes sold at Gallery Vask onstage. “The restaurant is unique because of its anthropological cuisine where we try to discover ingredients that are deeply rooted in the Philippine culture, history and people. We meet with farmers and learn centuries-old recipes, which we have gotten from all over the country.”

Sour Ribs, slow-cooked beef paired with grilled garlic paste and smoked onion has a toyomansi flavor. Tiradito reinterprets kinilaw using raw tuna loin covered with a gel made of coconut milk, calamansi and tabon-tabon, a souring ingredient, which was introduced at Madrid Fusión last year by Segismundo and Forés.

Gonzalez cited his local travels as a good source of valued education and inspiration for his food. He uses fish caught from our own seas to promote sustainability, and local aromatic-medicinal herbs so he doesn’t need to import microgreens from Europe.

One of his recent experiences that had a major impact on his cuisine was his encounter with the Aetas. More than learning about their indigenous cooking techniques, he said he was “transformed spiritually,” emerging with a deeper appreciation for ethnicity, anthropology and the rich history of the country.

He capped off his presentation by sharing the flavors he discovered in Mindanao.

Like last year, the room at Madrid Fusión was filled with Filipino pride perhaps because we saw ourselves in Gonzalez who personifies the Philippine and Spanish connection, a man who appreciates himself the more he learns about his roots.