Pia Wurtzbach gets to do victory walk in PH | Inquirer Lifestyle ❮ ❯ 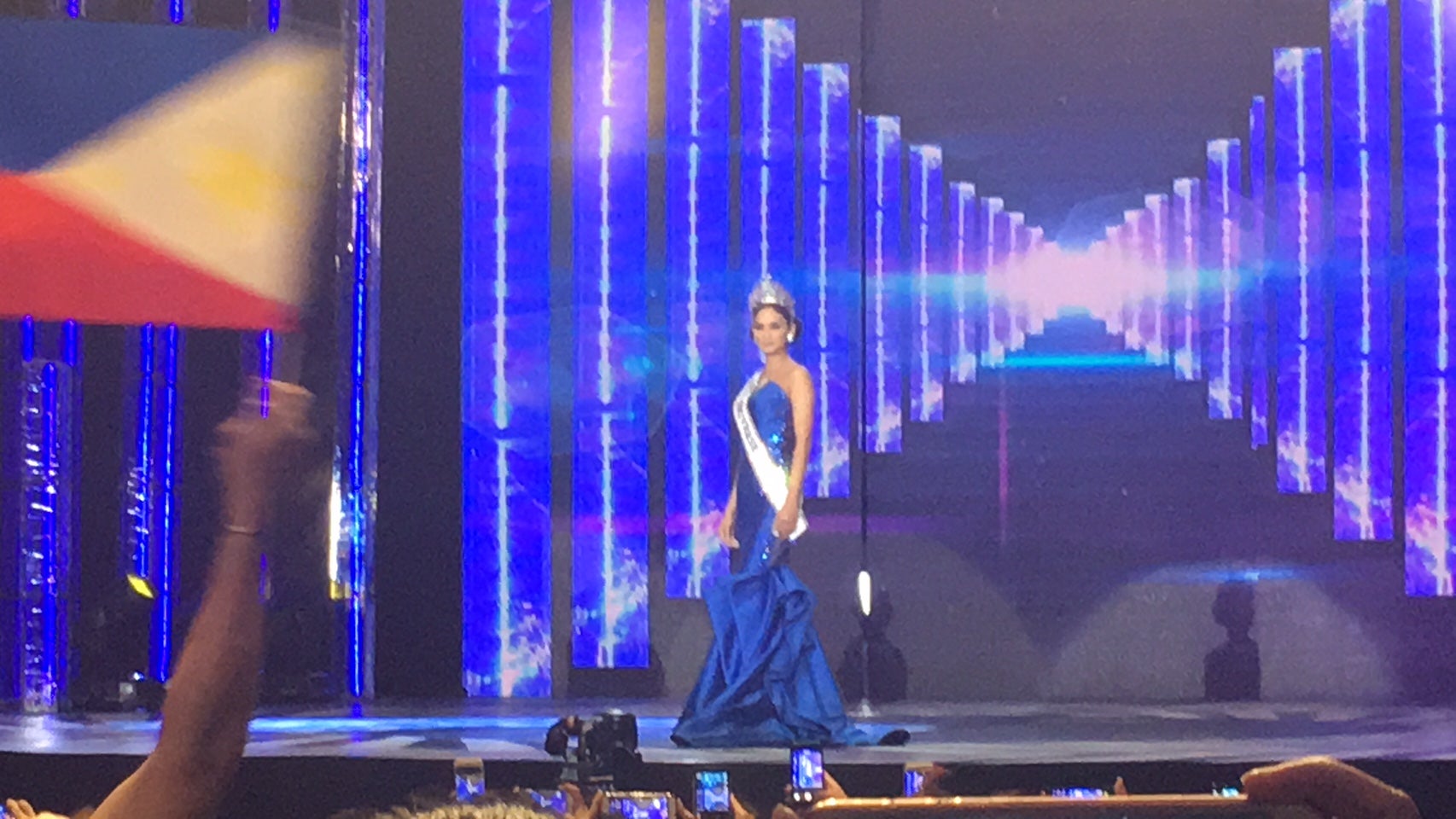 Pia Wurtzbach does her victory walk in the Philippines. YUJI VINCENT GONZALES

Pia Wurtzbach gets to do victory walk in PH

Reigning Miss Universe Pia Wurtzbach got to do her victory walk on Philippine soil after being robbed of her shining moment during the controversial coronation night in Las Vegas last December.

During her homecoming special at the Araneta Coliseum on Thursday, Wurtzbach, wearing the Miss Universe crown and the same blue Albert Andrada gown she wore during the pageant, did her victory walk in front of a Filipino audience.

At one point of the walk, Wurtzbach was joined by Miss Universe 1973 Margie Moran who was also on stage that time.

The 26-year-old Filipino beauty queen was not able to do her Miss Universe walk during the pageant after the controversial announcement mixup, when host Steve Harvey mistakenly named Miss Colombia Ariadna Gutierrez as winner.

Wurtzbach is in the country for a week-long series of activities. She will leave for New York on Jan. 31. TVJ