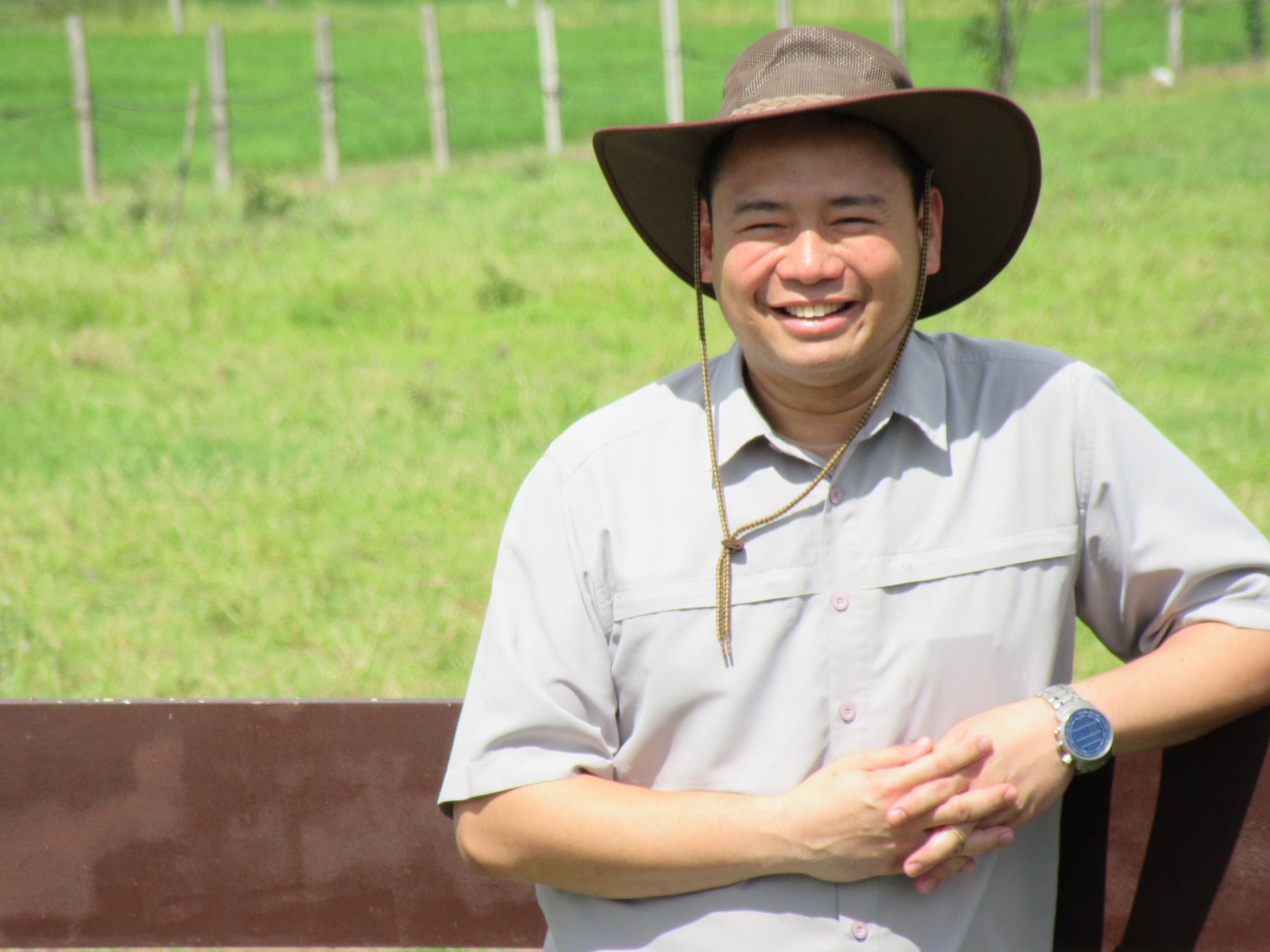 Paco Magsaysay, founder and owner of Carmen’s Best Ice Cream, recently toured us around their dairy farm in Laguna and gave us an exclusive peek at the facilities where the best home-grown ice cream brand in the country is made.
Carmen’s Best was established in 2010 but is now very well known.
It is 100-percent fresh cow’s milk, sourced from Magsaysay’s own farm. This explains its dense, rich and creamy goodness.
Ingredients used range from vanilla beans from Madagascar, to Horlicks malted milk powder from England. Flavor variants range from the well-loved Salted Caramel and Butter Pecan to new additions like Secret Breakfast (cream with malt and cornflakes, spiked with whiskey) and Turkish Baklava (maple ice cream, butter, almonds and honey).

Our talk with Magsaysay:
How Carmen’s Best Ice Cream started:

It was conceived because my father’s dairy farm was producing surplus fresh milk. We had to find use for it or else we had to throw it out.
The dairy farm started in 2007 after my dad (former Sen. Ramon Magsaysay Jr.) decided to get into dairy farming after his stint in the Senate. He was exposed to agriculture because he was the chair of the agriculture committee.
My father realized that dairy is the second largest agriculture import of the country after rice. We import more than 90 percent of our dairy needs.
So, without any research and market study, he suddenly decided that we put up a dairy farm.
My initial reaction was, “Why are we going into dairy farming? We are in the cable TV business; that’s quite a leap.” But my dad was adamant.
He always did say that my grandfather wanted to put up a farm after his term as President. So my dad is fulfilling the dream of his father to put up a farm.

The farm uses and sells only fresh milk, we don’t use UHT (ultra heat processing treatment). The high levels of heat used in that process destroy most of the nutrition and flavor of the milk. Initially, I just concentrated on selling the milk; my first account was Amanpulo.
When they approved of the quality of our milk, it made me think, “Wow for Amanpulo to approve our milk, it must be really special.”
Despite that, we still had a hard time selling our product. The Filipino market is accustomed to drinking powdered milk or UHT milk. It’s only the people who travel or have lived abroad who are used to the taste of fresh milk.
So in 2009, I incorporated the company, Carmen’s Best Dairy Products. We knew we were going to do something with the milk and cream, we just didn’t know what yet.
How did you begin making premium ice cream?
The fledgling company initially made cheese, pastillas, yogurt, etc. It then just dawned on me that we could make ice cream.
So in 2010, we started making it. I bought a small ice cream maker, the ones you see in appliance stores. So I experimented on making ice cream using our fresh milk, and I discovered that it was really good. The consistency and flavor that was produced exceeded my expectations.
Making people taste our experiments with different flavors was also fun and very educational.
We started with four flavors: Salted Caramel, Butter Pecan, Malted Milk and Brazilian Coffee. I found the usual flavors such as chocolate, vanilla, strawberry boring. I want Carmen’s Best Ice Cream to be extraordinary, especially since I named the brand after my daughter.
What makes your ice cream unique? Apart from the unique flavors that you offer?
We have the distinct advantage of having our own dairy farm with its own fresh-milk processing plant.
Ice cream is 80-percent dairy, so if 80 percent of my product is already the best, 20 percent na lang ang ipoproblema ko.

Apart from the fresh milk, we choose our other ingredients based on their taste and not on the profit margin.
We use the best pistachio paste, the best cocoa powder, just to give our patrons the best experience.
Without naming any names, most ice cream companies (even international brands) do not actually use fresh milk or milk cream. They usually just think of their profit margins, and use vegetable fat instead of milk cream, since vegetable fat is cheaper. Big companies would also use powdered milk for ingredients since it is easier to transport and requires no refrigeration.
Big brands also excessively aerate their ice creams. Do you notice that your normal store-bought ice cream loses 50 percent of its volume when it melts? That’s because about half of the ice cream tub that you bought was made of air. We don’t do that.
If a pint of Carmen’s Best Ice Cream melts in its container, there would be a pint of melted cream in that container.