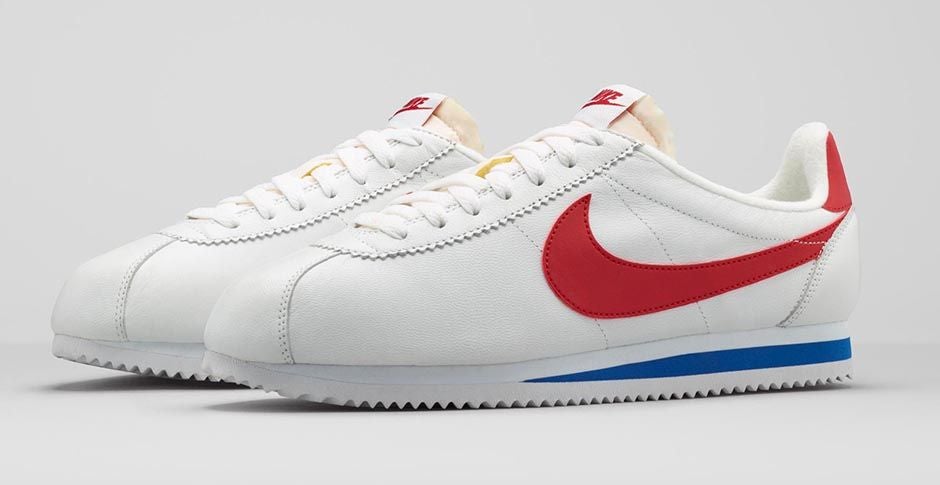 Remember that iconic photo of Farrah Fawcett in flared jeans and sneakers while on a skateboard?

The sneaker is none other than the Nike Cortez, the first running shoe launched by Nike in 1972, which quickly became a favorite of Olympic athletes and the fashionable crowd.

The Cortez is also most remembered for its exposure in the Academy Award-winning film “Forrest Gump.” It’s the running shoe Forrest wore on his cross-country running odyssey around the United States.

Olympic track coach and Nike cofounder Bill Bowerman had a simple vision: to create a running shoe that was both comfortable and functional. The result not only allowed his athletes to run longer and faster, it also changed the sport.

After more than a 30-year hiatus, the Cortez was relaunched last year, featuring the same premium white leather upper, white and blue combination and that distinct “varsity red” swoosh logo. Aside from the original design, the style was also relaunched in other color variations, featuring metallic accents and even high-cut versions.

The black and white combination was even stylishly paired with clothes from A.L.C. for its 2016 pre-Fall lookbook.

So if you’re looking for a sneaker with a little more color, the relaunch couldn’t have come at a better time. After all, for some, the ardor for the all-white running shoe may have dissipated—and Phoebe Philo, who made Adidas’ Stan Smith popular after wearing it a few years ago, has moved on to more challenging styles, like the flat pointed Babouche.

Like all-white sneakers, this style pretty much goes with anything as well. Of course, if you still can’t get enough of snowy-white pairs, Nike has made a snowy white Cortez Shark Low model, too.