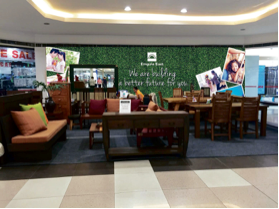 Developer sets up showroom in Cebu

The property empire is paying homage to the “Queen.”

As Empire East Land Holdings Inc. opens its first satellite showroom in Cebu, this leading real estate developer is hoping to pay its respects to the Cebuanos by bringing its brand of excellent quality service and innovation to this Queen City of the South.

Empire East is hoping to pique the interest of the discerning Cebuano homebuyers with its various high quality developments that offer comfort and convenience, as well as enhance the lifestyles of families and individuals.“Empire East believes that there is a huge number of untapped market living in Cebu who frequent Metro Manila and we would really want to be able to reach out to them,” said Empire East President and CEO Atty. Anthony Charlemagne Yu.“By allowing the homebuyers to have a glimpse of Empire East’s topnotch developments and by moving closer to them and setting up a credible sales force within Cebu, we believe that we will be able to immediately respond to their inquiries and accurately feel the pulse of the Cebuano market,” Yu added. Empire East Elite’s satellite showroom, which is slated to open this September, will be located at the upper ground floor at the main mall of SM Cebu. This will mark the company’s first sales office extension outside Luzon.

The new showroom, according to Yu, shall display dressed up model units from some of Empire East’s newest developments such as a one-bedroom unit for Kasara Urban Resort Residences, which is located along Eagle St. in Pasig City, and a studio type unit of the Covent Garden in Sta. Mesa Manila.

“Kasara is perfect for those who want to remain closer to nature because this project is nature-rich as it boasts its own lake-pool and waterfalls. Covent Garden is very popular as well because it’s situated right within Manila where the university belts are easily within reach. So those who are planning to send their kids to college may choose this project because of its safety, proximity and convenience”, Yu explained.

The showroom shall be designed with comfortable couches, and will be highly accessible for walk-in visitors who wish to inquire from Empire East agents. Scale models and walkthrough videos shall also be made available for guests.

“But the showroom does more than just provide a physical display of the units being put up for sale or lease. Rather, the intricately designed satellite showroom serves as a testament to the company’s commitment to deliver the highest quality in all our projects, and at the same time, provide prospective homebuyers a preview of the living experience they can look forward,” Yu explained. “This is also the reason why at Empire East, we go at great lengths when creating showrooms. In fact, we even acquired the services of esteemed designers to spruce up these display units to become the so-called ‘inspirations’ that will help future homeowners plan and design their own homes at Empire East,” he further noted. 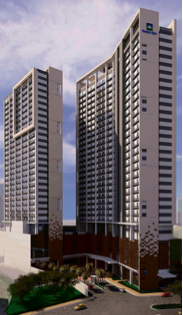 The opening of the satellite showroom next month is deemed to play a crucial role in the company’s goal of attracting more clients, expanding its reach, and for demonstrating its flagship concept of transit-oriented developments

“The satellite showroom will make available different themes to allow the clients to experience diverse design possibilities. We would however like to remind buyers that each unit shall be turned over to them as ‘standard-finished’ which means that units will come only with the basic fixtures,” Yu related. “The showroom is designed to appeal to Cebuanos who have eventful, driven lifestyles. It is also for the travellers who frequent Manila and would want the comfort and convenience of having his or her own private space in the city. Soon, Cebuano-based agents will be helping every aspiring homebuyer plan sure steps in achieving their home or investment goals,” Yu concluded.

Empire East was once part of tycoon Andrew Tan’s Megaworld Corp., but had branched out in 1994 as an independent company, and eventually listed at the Philippine Stock Exchange. Currently, Empire East specializes in the creation of residential communities for the middle-income market segment, and in the sale or lease of commercial and industrial spaces.

Over the years, Empire East has built landmark residential communities that have transformed the urban and suburban landscapes. It has likewise introduced new and innovative concepts such as township developments that seek to uplift the quality of living experience for residents. ADVT.