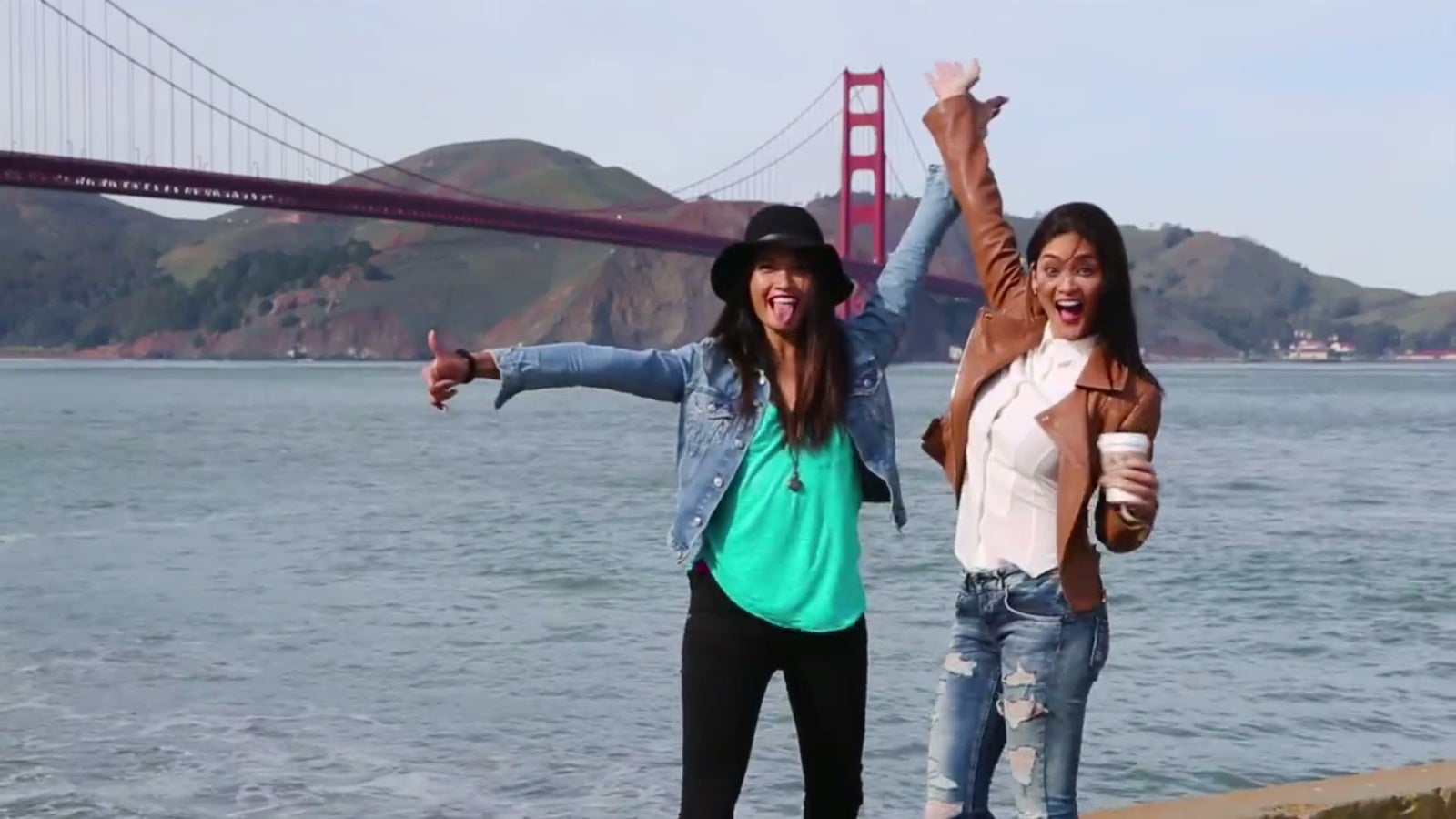 Wurtzbach shared a video of the tour through the Miss Universe official Facebook page.

The two went to the iconic Golden Gate Bridge and rode the Powell-Hyde Cable Car.

Wurtzbach said what she liked the most in San Francisco was the weather.

“My favorite thing about San Francisco, I like the weather actually. I think it’s just right. It’s not that hot, it’s not that cold either. I just like the feel of it. I feel like I’m in Europe,” Wurtzbach said.

The Filipino beauty queens also went to the Fisherman’s Wharf, a popular tourist attraction, where they ate crab chowder.

“I like being here. Everybody’s so warm, so friendly. I would live here!” Wurtbach said.

They also passed through the Lombard Street, which was said to be the most crooked street in San Francsico with eight sharp turns.

“Why would they make a street like this. I’m trying to analyze why,” Wurtzbach said.

For their last stop, Wurtzbach and Tugonon went to the Painted Ladies, a row of Victorian houses in the Haight-Ashbury neighborhood in San Francisco.

Wurtzbach said she had “so much fun” with Tugonon, who was close to winning the Miss Universe crown in 2012 but lost to Miss USA Olivia Culpo, who served as one of the judges in Wurtzbach’s coronation last December.

Wurtzbach has returned to the United States after a week-long homecoming to the Philippines to continue fulfilling her duties as Miss Universe. YG