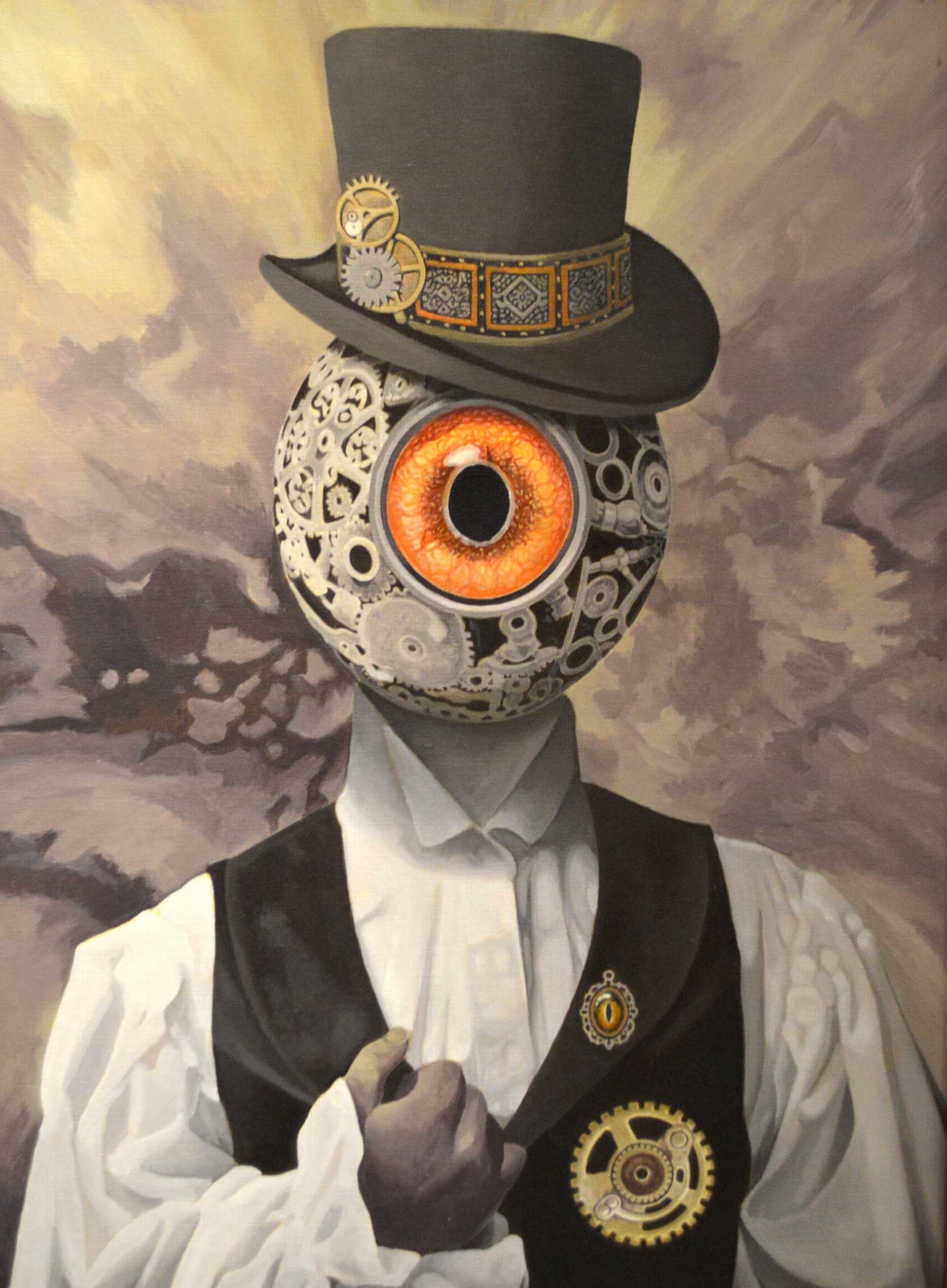 Aesthetic movements such as cyberpunk and magic realism were so declared through the establishment of a certain code. Into this foray, we consider the aesthetic of the steampunk movement. Defined in the 1980s by speculative fiction author K.W. Jeter as a sort of “gonzo-historical” style of reimagined Victorian-era imagery and devices, steampunk grew into a phenomenon, influencing a wide range of artistic endeavors such as fashion, design and film.

The group is honoring Sanso in connection with his 70th year in art this year.

Several Sanso works done in the 1950s and 1960s along the steampunk trajectory will also be on exhibit.