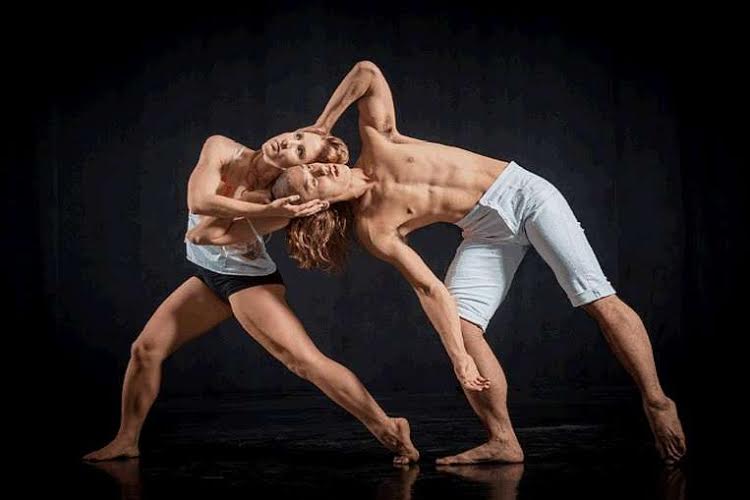 So there they were, scantily clad young male and female dancers of Ballet Philippines in  the Cultural Center of the Philippines (CCP).

Sudden jerks, spasmodic movements. Some gamboled about, almost like monkeys. There were expressions of pain, almost of fear. They seemed to be having a fit , or a fix.  There were embraces with no regard to gender. The mood music grew menacing. Raucous laughter, high-flying kicks. One’s impression was that the choreographer was testing the limits of the human body.

The ballet was all about an imperfect world full of temptations. There were characters who were “creations,” broken and imperfect. There were twins in danger of being seduced, and the mother sought to save them. Death was ever present, and the family—the mother and twins—must fight for survival.

The excerpt was from Ballet Philippines’ “Opera,” by Gabriel Barredo, the sculptor, which was presented on a limited run at the CCP on Feb. 13-14, with a fundraising gala (call tel. 5510221).

Choreography was by French-Algerian Redha Benteifour, who had choreographed for films by noted directors like Roman Polanski and  Francis Ford Coppola, and music videos for celebrities like Elton John, Diana Ross, Tom Jones and the late Michael Jackson.

The libretto was by Yvette Tan and Erwin Romulo, with original music by Malek Lopez and videos by Pabrika. Rodelson Yadao was dance master and associate choreographer. For this production, Barredo had  created an installation of made-over mannequins, mythical creatures, masks, nudes and other objects which  filled the large production center  behind the CCP.

The cast was led by Victor Maguad and Erl Sorilla as the Twins, Carissa Adea as the Mother, Denise Parungao as Death, Jean Marc Cordero as the sinister Watcher, and Earl John Arisola as the perfect Creation. There were only 17 dancers instead of the usual cast of 40.

“Everything is a challenge,” declared Redha during the press launch. “It is pure muscle, physicality, range of emotions. For Gabby (Barredo), everything is motion. You see the effort, you see the challenging, shared emotions. It is a journey, full of music, dance, lights… which we will try to bring to the audience.”

Paul Alexander Morales, BP artistic director, said the ballet “is multilayered, open to many interpretations, a massive cancer. We focus on many [elements] so it could have different interpretations, but the idea is liberation from the body.”

“The scale is operatic,  larger than life , ” Morales added.

Ballet Philippines’ “Opera” will have a final gala performance tomorrow, Feb. 16, 7 p.m., at the Cultural Center of the Philippines. Tickets available at the CCP Box Office; visit ticketworld.com.ph.