Abunda to Pacquiao: Who are you to judge me as someone worse than an animal? | Inquirer Lifestyle ❮ ❯ 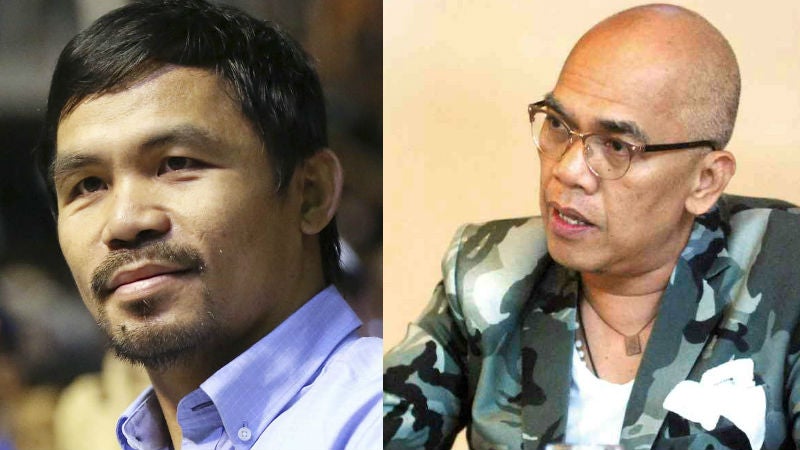 Abunda to Pacquiao: Who are you to judge me as someone worse than an animal?

(I’ll fight for my rights until I die.)

He said Pacquiao made use of the term “common sense” when he spoke in an earlier TV interview about same-sex marriage done by people “worse than animals.” Pacquiao based his analogy on the premise that animals don’t copulate or mate with the same sex. He is also a pastor of a Christian ministry.

Abunda expounded on the statements of US President Barack Obama and Pope Francis favoring the rights of lesbians, gays, bisexuals and transgenders (LGBT).

Abunda quoted Pope Francis’ statement on gay priests: “If someone is gay and he searches for the Lord and has good will, who am I to judge?”

READ: ‘Who am I to judge?’ pope says of gay priests

He went on paraphrasing Obama’s comments on the US Supreme Court’s decision favoring LGBT rights and same-sex marriage: “We are a people who believe that every single child is entitled to life and liberty and the pursuit of happiness.

Abunda cited the struggles of African-American slaves in the US in their fight for freedom. Abunda also made examples of the history of women’s rights, of mothers who used to fight for their place in the male-dominated society, of women leaders in the world now.

(I want you to know, they didn’t stop in fighting for the rights of people like me.)

It’s not the first time that Pacquaio earned the ires of the LGBT community for being vocal of his anti-same-sex marriage stand.

In 2012, he reportedly issued a statement in a conservative US newspaper comparing gay marriage to “Sodom and Gomorrah”. Pacquiao was said to have quoted a biblical passage that said “gays should be put to death.”

But Pacquiao found an ally in Vice President Jejomar Binay, who defended him on Tuesday night.

Binay said people should understand Pacquiao because of his background as a born-again pastor.

On his part, Binay said he is also against same-sex marriage.

Also on Tuesday night, outspoken film-TV director Jose Javier Reyes in his official Facebook account said, “Just to bring some form of closure to an otherwise frenzied discussion, I have come to a decision:

I will NOT purchase, patronize, support or even acknowledge any PRODUCT, PERSON, POLITICAL PARTY or CANDIDATE identified with someone who foists his so-called fundamentalist beliefs over compassion, understanding and commitment to the betterment of lives of his fellow men. Not to mention, what logic is there supporting people, products and yes … politicos who actually ENDORSE this kind of thinking personified by a celebrated bigot.” TVJ