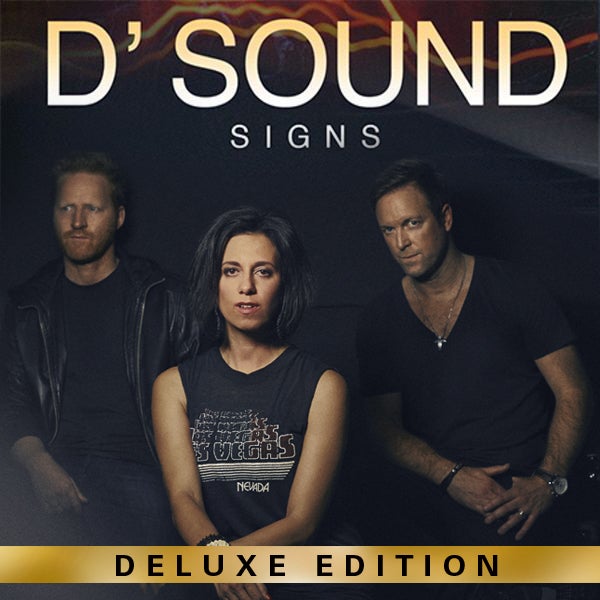 Signs of better things to come for D’Sound

To Filipino radio and music junkies of the late ’90s to the early 2000s, D’Sound needs no further introduction. Timeless and catchy, the single “Tattooed On My Mind,” which ushered international recognition for the Norwegian jazz-pop trio, remains a constant favorite.

D’Sound is no one-hit wonder. The year 2001 saw the release of “Talkin’Talk,” from the album of the same title. The song was used as the track for a Nokia 8310 commercial. The band even went to Manila to promote the album. I remember going to the launch and signing at the event center of Shangri-La Mall in Mandaluyong.

In 2003, D’Sound exploded into the scene again with the hit single “Do I Need a Reason,” part of the album “Double Hearted.” “Smooth Escapes,” a greatest hits compilation, was released the following year.

D’Sound released two more studio albums before percussionist Kim Ofstad left the group in 2010. “People Are People” was the last hit released before the breakup. The members were quiet for a couple of years before reconnecting and recording again in 2013. The recording sessions resulted in their latest album, “Signs,” with 12 tracks including “Close to Me,” Love Like Rain,” and “Lose Control.”

D’Sound’s members—vocalist Simone Eriksrud, bassist Jonny Sjo and drummer Kim Ofstad—talk to Inquirer Super on what fans have been wondering about in this quick interview.

Do you remember why you disbanded, and what made you decide to reunite?

Simone: We were in the middle of recording our sixth album, when Kim decided he wanted to quit the band—he was unhappy with the musical direction we were taking. Jonny and I were shocked, but not ready to abandon our music, so we went on. But Kim’s distinct sound, and above all his input, was missing, and after a couple of years Jonny started having coffee with Kim, and they slowly discussed how it would be to play together again. When they suggested to book a couple of days in a studio together, I was skeptical. We ended up just booking three days, and in that time we recorded all of the songs for “Signs”—it was like coming home.

You are quoted as saying, “The band has been through a tough time, both personally and musically the last six years since they split up in 2009.”

Jonny: As a band with only three members we get very close as we travel and work a lot together…and yes we are best friends, so when your best friend decides to quit, it becomes a tremendous blast which changes everything. In my case, I also had another working relation with Kim in a production team, which also was terminated around this time.

Besides this, I was struggling with difficult issues in my family life. All this at the same time was a struggle for me. Fortunately, my friendship with Simone got stronger in this period and I think that our true belief in the music we create together carried us through these difficult years.

Kim: We had a rough time when we went our separate ways, when we disagreed on our musical direction. But after a couple of years we got our heads back together, went into the studio and continued to make music all of us loved.

D’Sound has been around for over two decades. How have you evolved and what remains constant?

Simone: I think we all have evolved, both as songwriters and as producers. All three of us have lots of musical projects of our own, where we develop ourselves and get to experience new sides of our talents. On the other hand, there is a certain essence in the way the three of us are sounding together, that is unique to us, and that I hope will remain the same.

Kim: Working with other artists and musicians is a natural part of our lives. It really helps develop our musicality.

What do you think keeps you relevant despite the everchanging music scene? Do you ever try to adjust to what’s in?

Simone: We’ve been trying out quite a few “musical expressions” over the years, but in the end, our unique melodies and ways to interpret them will keep us relevant.

Kim: We also love to work with new producers and musicians all the time, and that helps us develop our sound.

How has the music landscape changed in the past decades?

Simone: The possibility for everyone to upload their music on the Internet is frightening for the established music industry, but it makes music much more democratic and accessible. I really think that is wonderful.

Were the songs in “Signs” written as a series, intended for a single album, or written separately over a long period of time?

Simone: The idea of a D’Sound album was far from my mind when I entered the studio. Jonny and I had been writing stuff together for the longest time, and I had made some demos at home, just for my own pleasure. But it all fit perfectly into the reunion-session, like magic.

What do you think is your greatest achievement as a band?

That we are still together (or together again)!

Kim: The Norwegian Grammy for best pop group was pretty cool. Playing in the Philippines is always something special that’s makes me proud.

Do you have a message for your Filipino fans?

We have been missing you!!!!! Our biggest wish is that one of our songs can mean a whole lot to someone who needs a little musical comfort in a melancholic way, or if you just want to feel good.

“SIGNS” is exclusively distributed by MCA Music (Universal Music Philippines) and is OUT NOW in CDs at Astroplus/Astrovision. Download via SPINNR.PH or iTunes. Stream via SPOTIFY or DEEZER. Get it here: https://getmusic.lnk.to/SignsByDSound