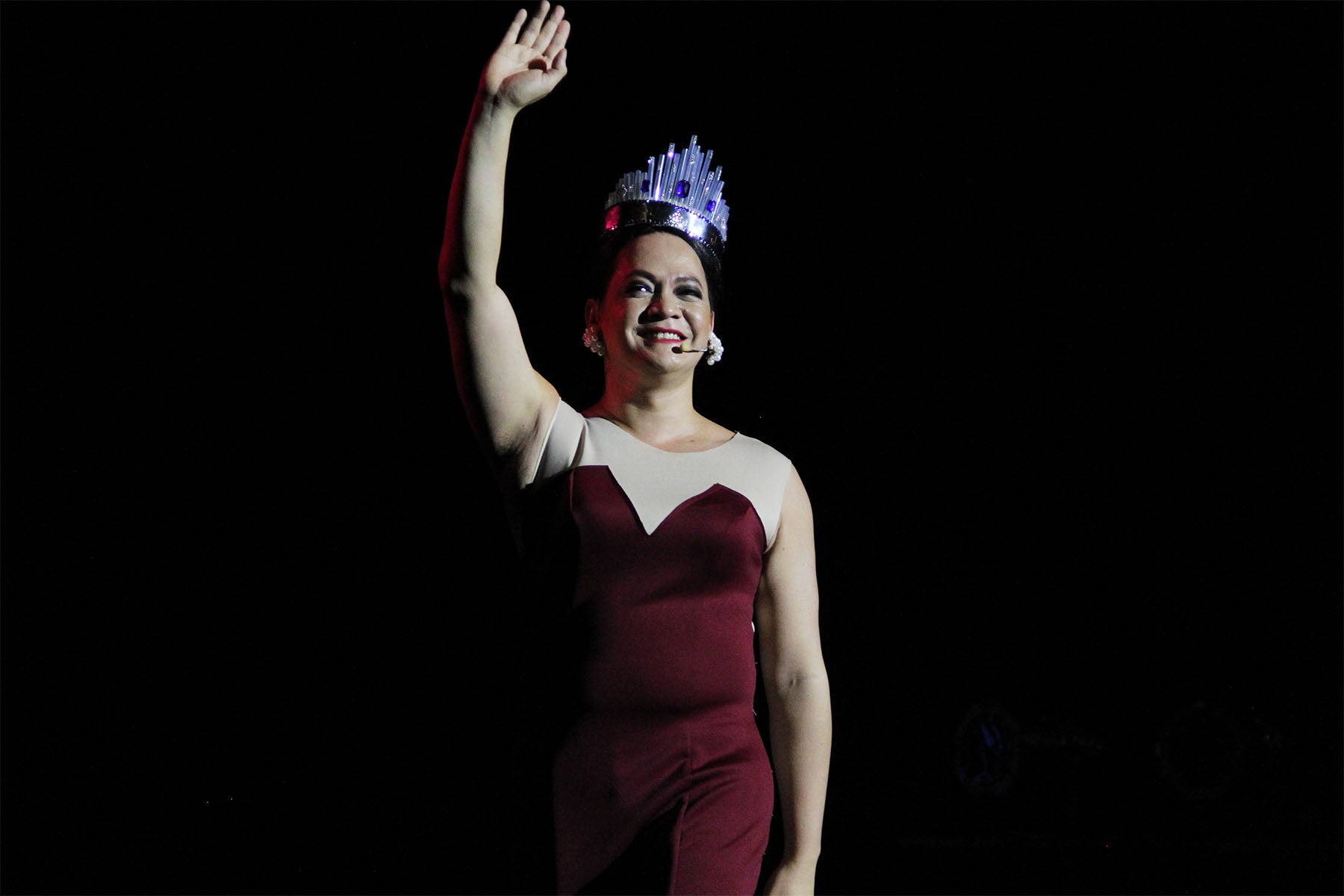 Miss Universe as a cheer dance?

The University of the Philippines (UP) Pep Squad held “Elevate 2016: Utak at Puso,” its annual dance concert, on Feb. 13 at the University Theater in Diliman.

The two-hour show featured the group’s cheerdance prowess through its famous Utak-Puso and all-female cheer routines— the latter winning a silver medal in the Cheerleading World Championships held November last year in
Germany.

It also performed contemporary dances with alumni members. Other performers were the UP Pep Drummers, UP Street Dance Club and Jourdan Bartolome of the UP Filipiniana Dance Group.

The event was hosted by UP Pep Squad alums Tonsi Ignacio, Via Antonio and Jeffrey Garcia.

Fans of the squad will recall that the Utak-Puso routine landed the group third place in the University Athletic Association of the Philippines Cheerdance Competition (CDC) in 2015.

Two days after the event, UP Pep Squad coach Lalaine Juarez-Pereña wrote the cheerdance committee a protest letter, citing “that the overall results did not genuinely reflect adherence to the competition guidelines and criteria.”