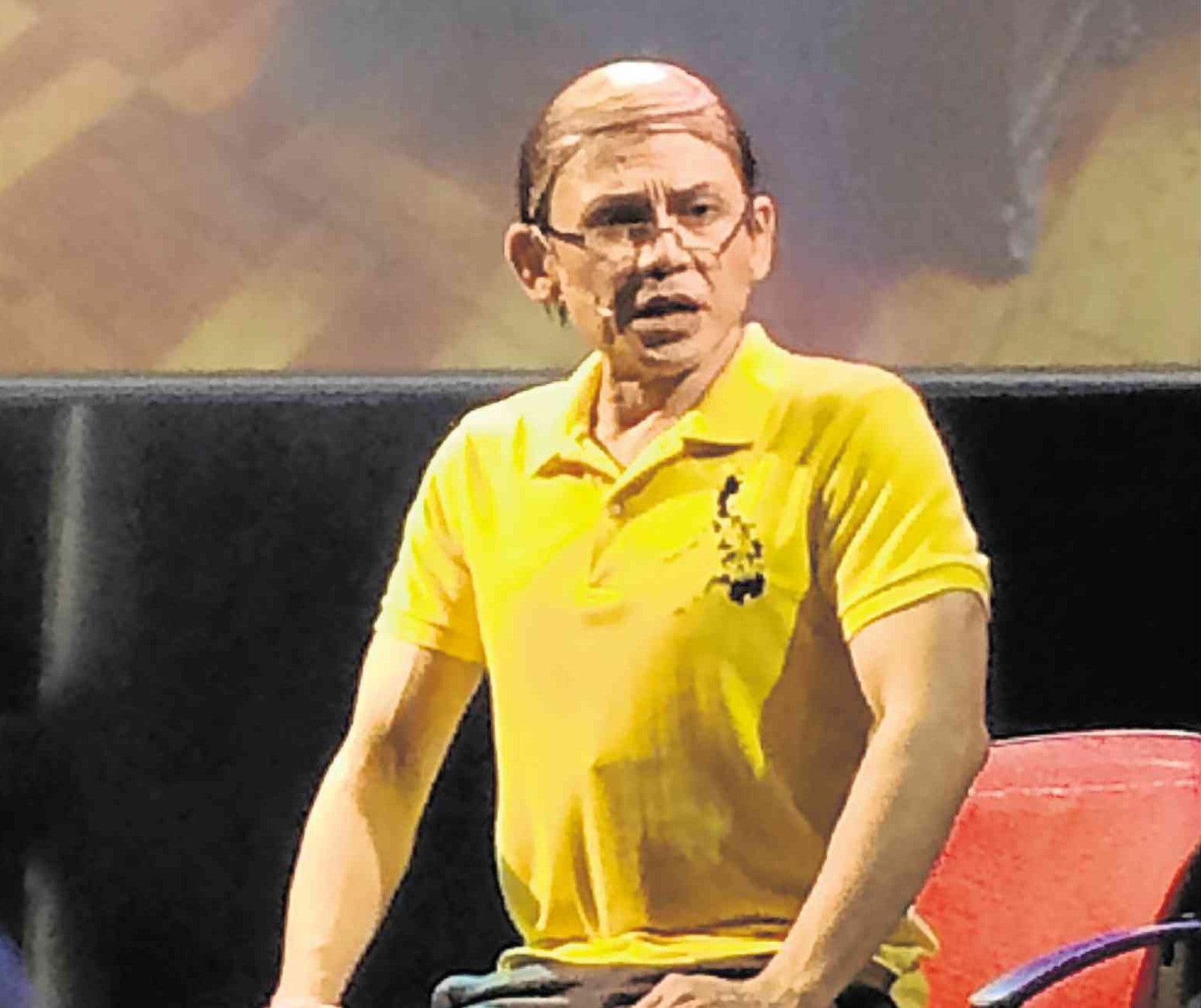 Stand-up comedy Pinoy style has been flourishing for quite a long time, gauging by the number of comedy bars and lounges that have sprouted around the metro.

These venues feature a mixed roster of established and new performers with a propensity for in-your-face adult humor and a dash of genuine singing talent.

But apart from these comedy acts, there is a distinct class of artists whose approach to humor focuses on satire and character impressions of prominent public personalities.

From this circle of stand-up comics, where the likes of Willie Nepomuceno and Tessie Tomas first gained fame, it is Jon Santos who appears to be the most prolific.

His latest show series, “HuGot Your Vote! WTF: Wala Talagang Forever (Sa Malacañang),” opened last Feb. 17 at the Ceremonial Hall of the Marriott Grand Ballroom in Resorts World Manila (RWM) to an appreciative crowd—one of whom was apparently so engrossed that he shouted, “Ang galing mo, Jon!”

For this series, Santos tackled the formidable task of creating character sketches of almost all the presidential candidates for the May elections, plus P-Noy, Erap Estrada, Mommy Dionesia, and even Madonna.

Santos’ ingenuity was on full display as he captured the outstanding—and most notorious—traits as well as the respective campaign strategies and predicaments of his subjects: Miriam Santiago’s braggadocio; Grace Poe’s references to FPJ; Rodrigo Duterte’s brutish pronouncements; Jejomar Binay’s milking the “nognog” tag to his favor; Mar Roxas’ “walang drama” tack.

The results were visually stunning and intellectually compelling as Santos pointed out—repeatedly on certain moments—the difference between the image and frailty of people in power.

What Santos found difficult in doing physical impressions of Duterte, Binay and Roxas live onstage, he succeeded in recreating on video. The possible repercussions, should any of the three win the presidency, were hilarious yet foreboding.

The kind of comedy that Santos thrives on tickles the mind without ditching the importance of physical likeness—the more exaggerated, the more hilarious.