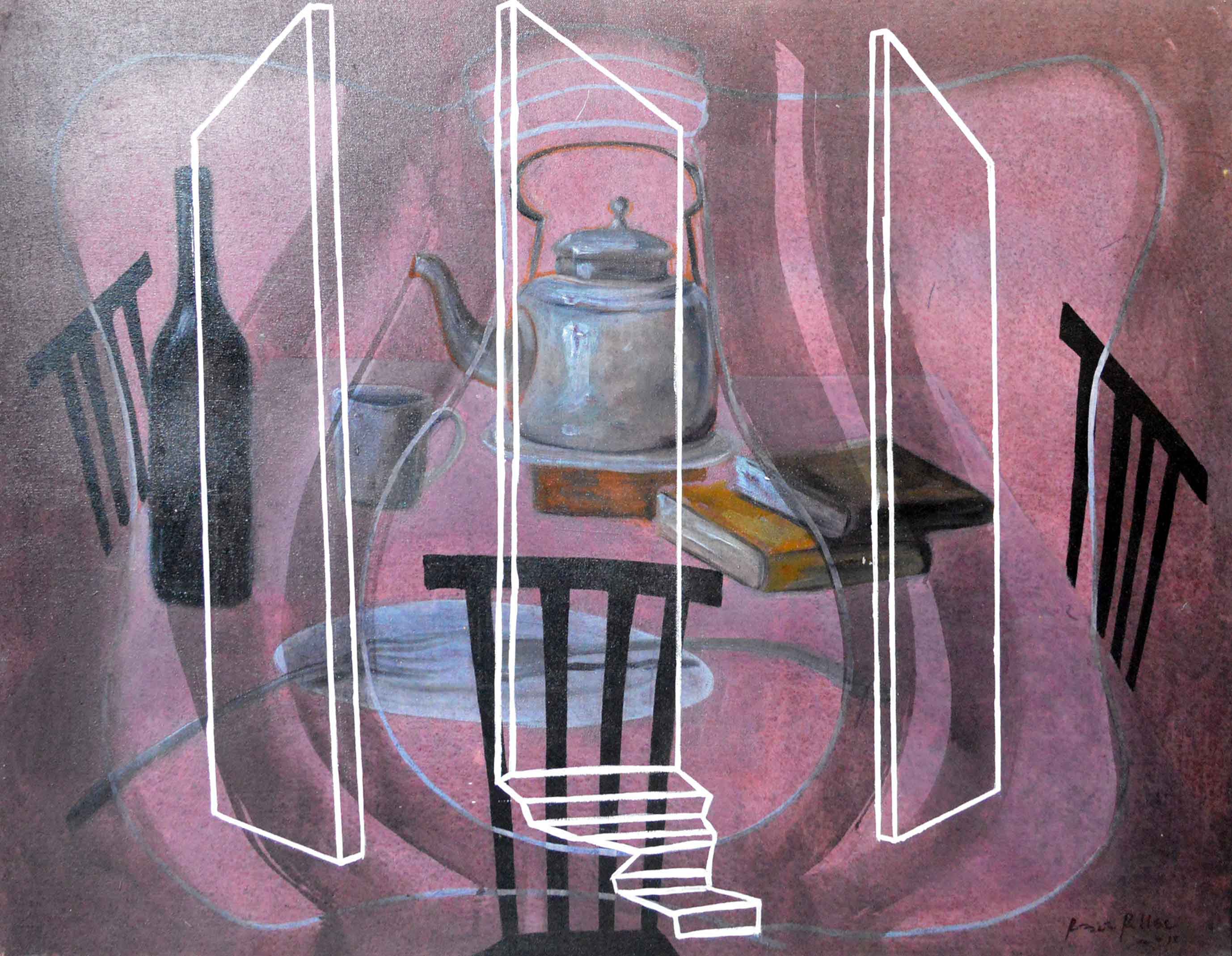 ‘Perspectives’ on the art of Rene Robles

IN THE 1981 book “Transfiguration of the Commonplace,” art critic Arthur Danto says representation in art is a “stand-in for something more.”

Transfiguration is a word with religious implications. A painting of a chair has infinitely more meaning than the subject it is based on. An artist substitutes reality with his or her own assertion of it.

It is almost certain artist Rene Robles references Danto when he refers to his work as “assertionism.” The artist, in a long and expansive oeuvre, seems determined to look for a higher meaning in the mundane.

Bruno Palmer-Poroner, in his book on Rene Robles published in New York, describes Robles as able to “view a commonplace scene from an angle, or beneath a table, enabling him to gain arresting composition and special insight.”

New works of Robles will be presented by Galerie Joaquin in “Perspectives,” part of its Masters of Modernism series.

Majority of Robles’ practice belongs to the late Modernism period of Philippine art history. He graduated from University of Santo Tomas’ Fine Arts program in 1976, influenced, perhaps, by the debates of the previous generation of artists.

By the time of his graduation, the Philippine art scene had moved to a decidedly more intellectual plane. Future National Artists were already settling into styles that characterized them, often laced with an eye for perspective and deconstruction.

Vincente Manansala was already rooted in the kind of transparent cubism he is known for. Arturo Luz had nearly abandoned the notion of figuration completely. The conceptual ideas of Roberto Chabet and David Medalla in London encouraged artists to think beyond mimesis—and indeed, beyond the very medium of painting.

In this ferment emerged Rene Robles. Initially sticking with more palatable paintings of genre and still lifes, he soon began establishing a name for himself with his unique angular perspectives already apparent in his early years.

Robles took further studies in New York, at the School of Fine Arts at National Academy of Design in 1990. By the time he entered school in New York, he was already known for advocating a movement called assertionism.

“Rene Robles is truly an incredible artist,” writes Palmer-Poroner. “Not only is he very productive, but his art is rich with imagination and new ideas.”

Among the exemplary ones is a painting, “Mirrored Morning,” of a kettle on a table. While it is an ordinary still life subject, Robles layers new meaning in the work by surrounding it with the outline of the room, including the stairs leading into the entrance. From a technical standpoint, there are trace elements of expressionist brushwork and foreshadowing. Compositionally, it is reminiscent of a Matisse painting. However, it is in angle, perspective and concept that this work becomes exceptional.