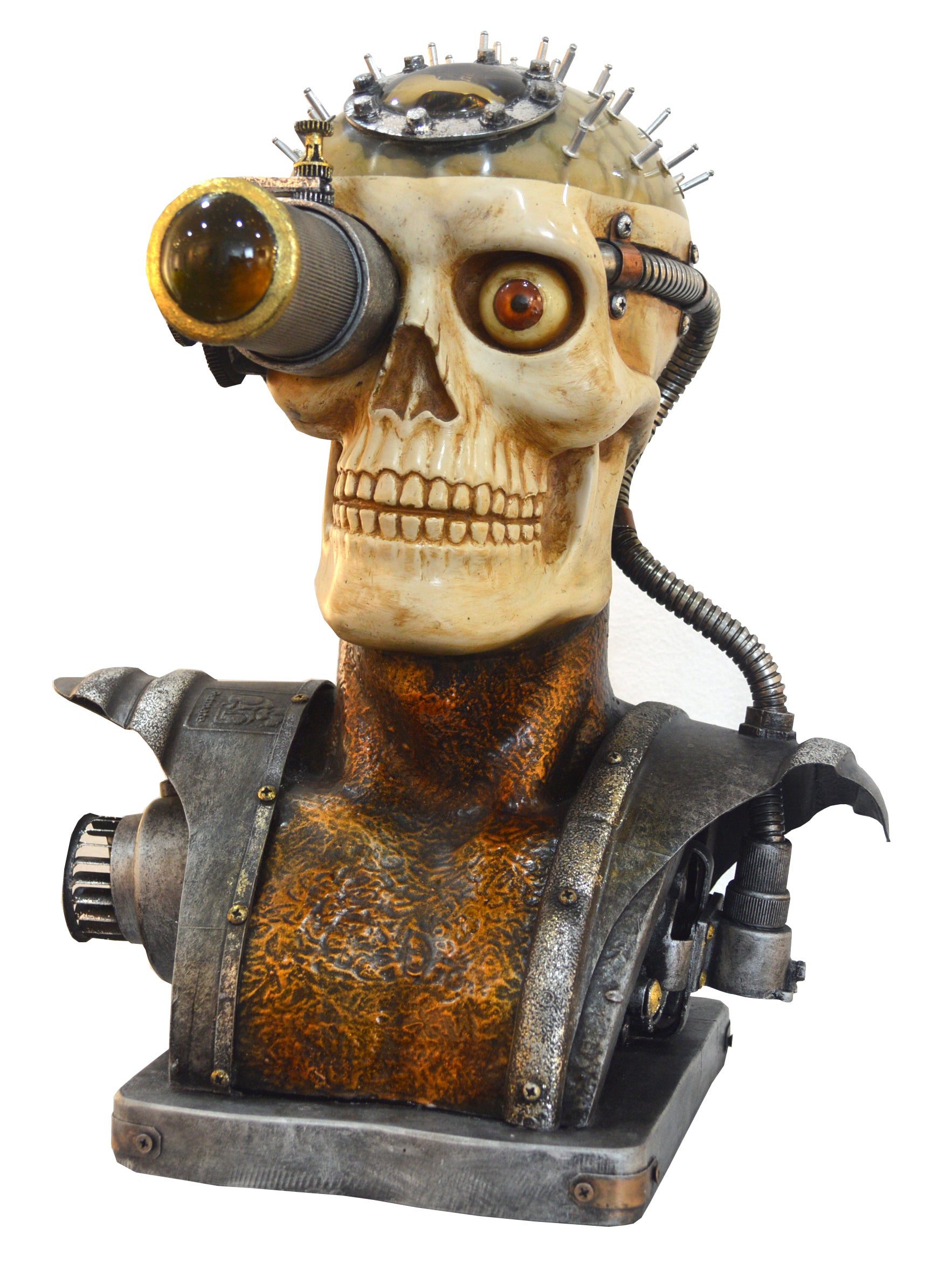 THE CONVERGENCE of science fiction, engineering and visual art is ongoing in an art exhibit at Galerie Joaquin, with a group of artists adding their own unique twist to the burgeoning steampunk movement.

“The Steampunk Manifesto” is an attempt to capture this momentum and “tropicalize” it to something Filipino.

Perhaps definitive of this realized steampunk ideal is the work of metal sculptor Mallari, who uses found objects to construct complex sculptural machinery.

Painter Pineda delves into steampunk with his portraits of turn-of-the-century folk with gears instead of heads, the twist being the Filipiniana garb of maria claras and barongs.

Caña has relief works in this exhibition, using insectoid figures built from acrylic machine parts against a painted backdrop of clockwork.