Madonna in Manila: Audience to get their money's worth | Lifestyle.INQ ❮ ❯ 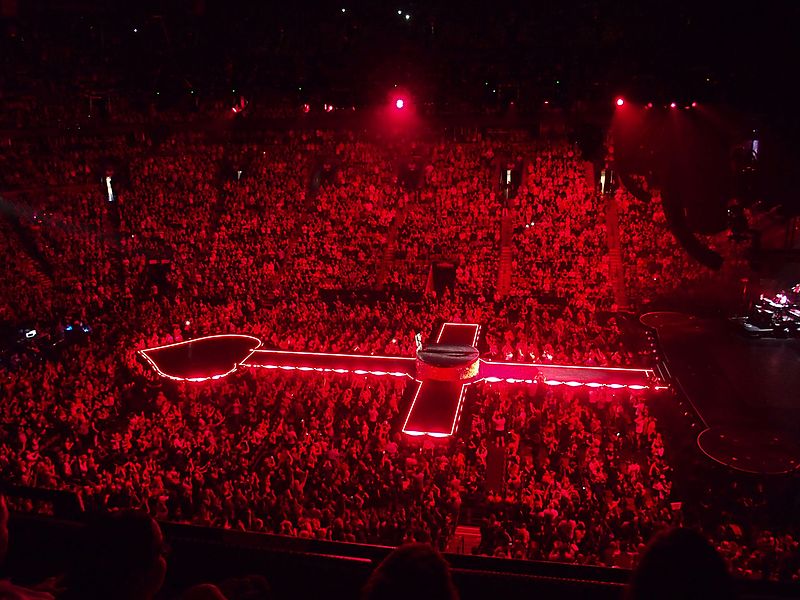 Madonna's custom-made Rebel Heart stage at the tour's opening dates in Sept. 2015, Bell Centre, Montreal, Canada, the same stage to be used at her MOA Arena shows on Feb. 24 and 25. Photo by proacguy1

Madonna in Manila: Audience to get their money’s worth

Madonna wants the same quality of her concerts, whether in London or Manila. Nobody will get shortchanged, said Tres Thomas, senior vice president and tour director of Live Nation, organizer of the Queen of Pop’s Rebel Heart Tour which is being promoted in Manila by Music Management International (MMI).  Thomas, along with Live Nation head of global touring operations Rick Sobkowiak, and Madonna production manager Jason Danter, met Philippine media members while the tour’s production crew were busy setting up the stage at the SM Mall of Asia (MOA) Arena for the Feb. 24 and 25 shows.  The elaborate, custom-made stage, audio and other equipment, weighing 40 tons, were flown in by three Boeing jets to Manila from the tour’s Macau stop Feb. 20 and 21.  Designed by Stufish, the architectural firm that also did the sets of tours of The Rolling Stones, U2, Elton John and the 2008 Beijing Olympics opening ceremony, the Rebel Heart stage’s vertical length is almost as long as the entire floor area of MOA Arena.  Its shape is a hybrid between a cross, an arrow and a heart, with long catwalks and three stages.  Thomas noted that there are elements in the show that have never been seen around the world before this tour.  MMI representatives confirmed that new sections in the lower box area of MOA Arena have been opened to accommodate more people.  Tickets to the upper box and general admission sections for Feb. 24 and 25 have sold out.  SM Tickets, tel. 470-2222