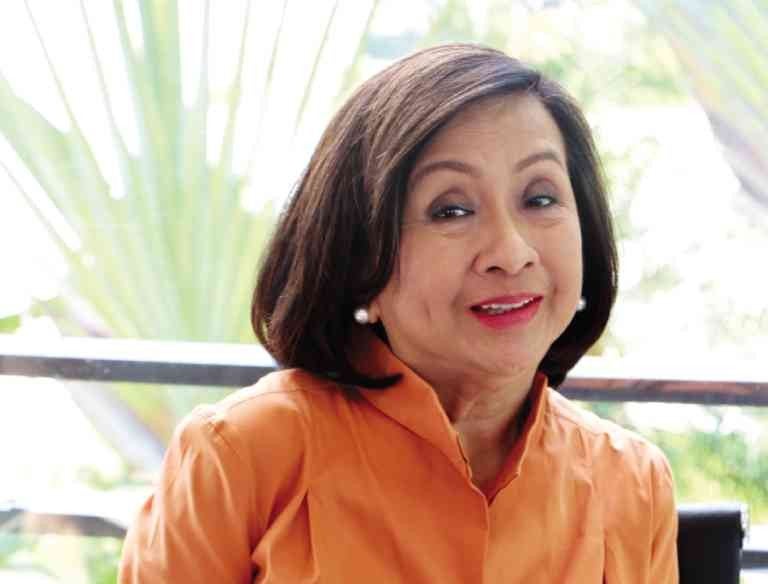 It is true that people with vision and determination have the power to accomplish what even governments and large institutions fail to do.

Apea is a regional initiative that acknowledges business leaders for their innovation, achievements, best practices and sustained public exposure.

Having built 10,872 units in 15 subdivisions in Cavite and Batangas, the 22-year-old ACM Homes is expanding to the Visayas and Mindanao. Osteria credits the company’s success to business partner and managing director Antonette de Guzman, and head of planning and design development Theodora Namin, whose designs incorporate a broad understanding of human behavior.

Osteria and De Guzman were expats at the top of their game in the finance world in Hong Kong—Osteria was senior executive at Chemical Bank, and De Guzman, a regional director of the Elders Finance Group. After the 1986 Edsa Revolution, they returned to the country and found that shelter for the burgeoning population was a vital need. Metro Manila was overcrowded, and the middle and low-income housing markets were not being served.

“Demand was overwhelming, and supply was too low,” recalled Osteria.

In 1992, the duo launched ACM Property Development Co. The initials stood for the owners’ names—Antonette, Carolina and that of another partner, Mia G. Gentugaya.  Its first subdivision project, ACM Homes, built 252 house-and-lot units on a 2.3-ha property, which Osteria had purchased from her mother.

Among the development’s top selling points were accessibility from the Aguinaldo Highway in Imus, Cavite, and proximity to Manila. With prices ranging from P225,000 to P350,000 each, the units were snapped up in four months. This was in 1993.

“The return was really good. We got no complaints,” Osteria said. The buyers were schoolteachers and staffers of beauty salons, all seeking to fulfill dreams of owning comfortable homes.

Buoyed by initial success, Osteria, a native of Imus, was soon visiting landowners and wooing them to sell their properties. “We humbled ourselves before the landowners, who were mostly from the middle and lower classes,” she said.

In 1994, a second development—the 3.7-ha ACM Sherwood Homes, adjacent to the first community—got underway. White-collar workers were the market for 347 house-and-lot units, at prices ranging from P285,000 to P400,000.

But the company was up against a real estate industry mired in lack of professionalism and corruption in government. Few developers provided full disclosure about their offerings, so many buyers were left unprotected.

Also, though more low-cost homes were being built, a big chunk of the prospective buyers did not have sufficient cash. Many were intimidated by the mere thought of applying for bank loans, a process they deemed complicated because of required legal documents.

Some developers offered in-house financing that worked like an extended payment method, with a higher interest rate.

“These developers thought they could make 10 to 12 percent profit by lending to the buyer. They weren’t discerning enough. They didn’t have a credit analysis system,” said Osteria. As a result, several projects were abandoned.

“If there is a third party—a reputable financing institution—developers are more honest,” said Osteria. “As experts, the banks are able to tell us that this and that client is bankable; we can sell. The banks pay us the proceeds and the client can occupy the unit. We recycle the money back into our system.”

ACM Homes has set up a “backroom” that helps buyers build their folders and then assists them, from purchase to moving in. Buyers undergo a credit interview process and are required to submit such documents as certificates of legal employment and income tax returns.

The company also requires couples to submit copies of marriage documents to establish accountability. Osteria recalled an incident when a couple made a purchase and the woman, it turned out, wasn’t the real wife. “The legitimate wife marched into the office and said, ‘I understand that my husband is buying a property from you, and another woman will be his co-owner. He’s married to me! I am objecting to this transaction.’”

As ACM was expanding in the ’90s, De Guzman, disillusioned by anomalies and bribery in government, wanted to quit: “You leave a career abroad to come home, hoping to do something meaningful, but there’s corruption all around you.”

Just in time, she got a call from a grateful buyer who said the home she purchased exceeded expectations.

In another ACM community, two women approached Osteria and De Guzman, likewise thankful for their homes. “At last we have drinking water from indoor faucets,” they said. “We used to fetch water from the well.”

Osteria and De Guzman felt gratified to have served people who felt they got their hard-earned money’s worth. “That story has been repeated many times over,” said Osteria.

Partnerships with maritime recruiting agencies distinguish ACM from other developers. The first ever was with Philippine Transmarine Carrier (PTC) Inc., whose seafarers had been hoodwinked by other developers. Subdivisions were either abandoned or foreclosed, or the developers failed to deliver what they promised.

PTC aligned itself with ACM, which proceeded to perform its corporate social responsibility (CSR) by not only selling affordable houses and lots to global maritime professionals, but also by providing amenities and an environment that boosted their morale.

No broker or agent

Since there is no broker or agent between ACM and a buyer from PTC, the buyer gets the package 12 percent cheaper, and pays an interest slightly lower than market rates. It’s a three-part plan that involves the maritime company, ACM and Land Bank. Payments are made through automatic salary deduction.

Another CSR component is providing earning opportunities for seafarers’ wives to augment the family income. For instance, they are invited to seminars on how to sell ACM Homes and earn referral fees. De Guzman cited the example of a housewife who made her first P80,000 commission and, with it, could finally afford dentures.

Namin, an urban planner, applies Environmental Behavioral Research (EBR) to make the layout of ACM subdivisions responsive to the needs of its residents.  “Good designs and affordability are not mutually exclusive,” she said. “Designs are resident-centered—then you make the details right. The houses are pleasant and attractive, the flow of space inside well-thought out. Electrical outlets are where they should be. ”

ACM houses are evenly spaced for privacy and breathing space, something other subdivisions tend to overlook. The longest street block is 100 meters to accommodate 10 homes. “That’s a comfortable streetscape,” Namin pointed out.

Aside from a common greenhouse where organic produce is cultivated, homeowners can plant vegetables in their backyards.

Unlike in other low-cost communities with a common sewage system that is dated and poses environmental hazards, each ACM home has a septic tank. Plus, the roads are wider, from eight to 14 meters, to include sidewalks and plant strips.

There are pocket parks, instead of a single big park that is usually more cost-effective from a developers’ viewpoint.

While visiting ACM Country Mile Homes I, a medium-cost subdivision in Imus, Cavite, Osteria heard the music of Mozart playing. “The neighbors didn’t seem to mind,” she noted, smiling.

In one homeowners’ meeting, Osteria observed that the seafarers’ wives were very involved in community maintenance: “They care about their environment and the parks; they care about security regulations. If this is the transformation I was aiming for, I guess our community catalyzed them into thinking that way.”

Osteria and De Guzman are frequently asked how much profit ACM Homes makes. “I may have a lower margin per unit,” said De Guzman, “but my project life is shorter because I sell faster.” Even brokers are ultimately able to buy their own homes, own several vehicles and take family vacations abroad.

For her part, Osteria stressed that all profits are reinvested in the company’s social mission: “You tame your soul. Housing is an aspiration of every Filipino. This is a very powerful business. To me, it has been worth every heartache and headache we have suffered.”