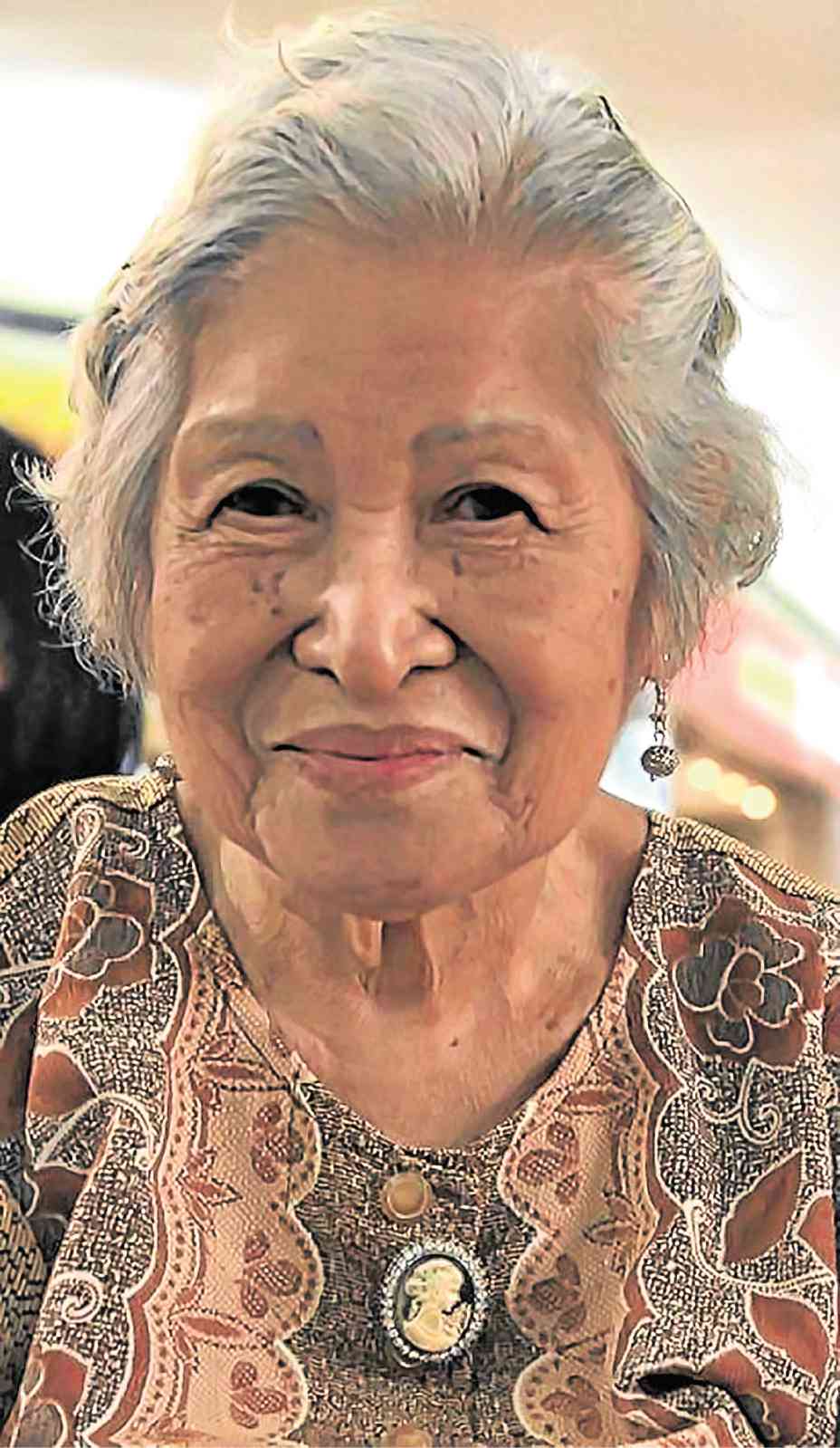 The enchanting, fragile art of ‘Nanay Luz’ lives on

A thread started with a casual conversation on Monday morning, with Felice Sta. Maria posting a section of an endpaper from her book, the “Governor-General’s Kitchen,” which I designed about 10 years ago.

This dying art form is traditionally used as decorative table centerpieces in the ancestral homes of Malolos, Bulacan, during grand fiestas.

I decided at once to post on my Facebook page a blog by Tracey Paska on the Art of Pabalat. The likes and comments began to flow in, including tributes from foodie friends, Stephanie Zubiri and Claude Tayag.

It is fortunate that the art of pastillas wrapper making will live beyond Nanay Luz; her daughter, Naty Ocampo-Castro (“Ate Naty”), together with her sister-in-law, nieces and granddaughter continue the tradition started by her mother.

Ate Naty recounted how many years ago she was taught the art of pabalat by her mother.

“We tried to teach women and children in workshops during trade fairs, but it is quite a difficult craft, and takes years of practice to perfect. One has to have the manual dexterity, patience, aesthetic sense and also the heart to make pabalat.”

According to local historian Jimmy Corpuz of Marilao, Bulacan, Nanay Luz was bibo (bright and spunky) as a child. On his Facebook page, Jimmy posted pictures of Nanay Luz, at 7 years old, wearing a balintawak.

The only daughter of Isidro Mendoza of San Isidro, Nueva Ecija, and Adelaida Payawal Villaseñor of San Vicente, San Miguel, Bulacan, she was well cared for.

Born Aug. 6, 1922 in San Miguel de Mayumo in Bulacan, Luz first learned the art of pastillas making in a Home Economics class in grade five. She showed a natural liking for the medium and started looking for traditional motifs to copy. She would eventually go on to improve on them.

After graduating from San Miguel Elementary school, she enrolled at Biak-na-Bato High School. Upon her graduation there, however, World War II broke out and her parents thought that rather than send her off to college, it would be better for the family to stick together.

After the war, Nanay Luz continued to make pabalat and carve fruit, using dayap, santol and pomelo boiled in syrup, and then bottled.

The carved fruits were in themselves beautiful works of art and almost too pretty to eat. She also made haleya, leche flan and guava jam. After all, this was in San Miguel de Mayumo—“mayumo” means sweet in Kapampangan dialect.

I always felt that Nanay Luz deserved the Gawad sa Manlilikha ng Bayan, or the National Living Treasures Award, but she failed to meet some of the criteria.

If we continue to patronize these products, especially the pastillas and its pabalat, we can help keep this tradition alive.

Ate Naty has promised to continue the legacy of making borlas de pastillas de leche of her nanay so that future generations may appreciate it and feel proud of our heritage.