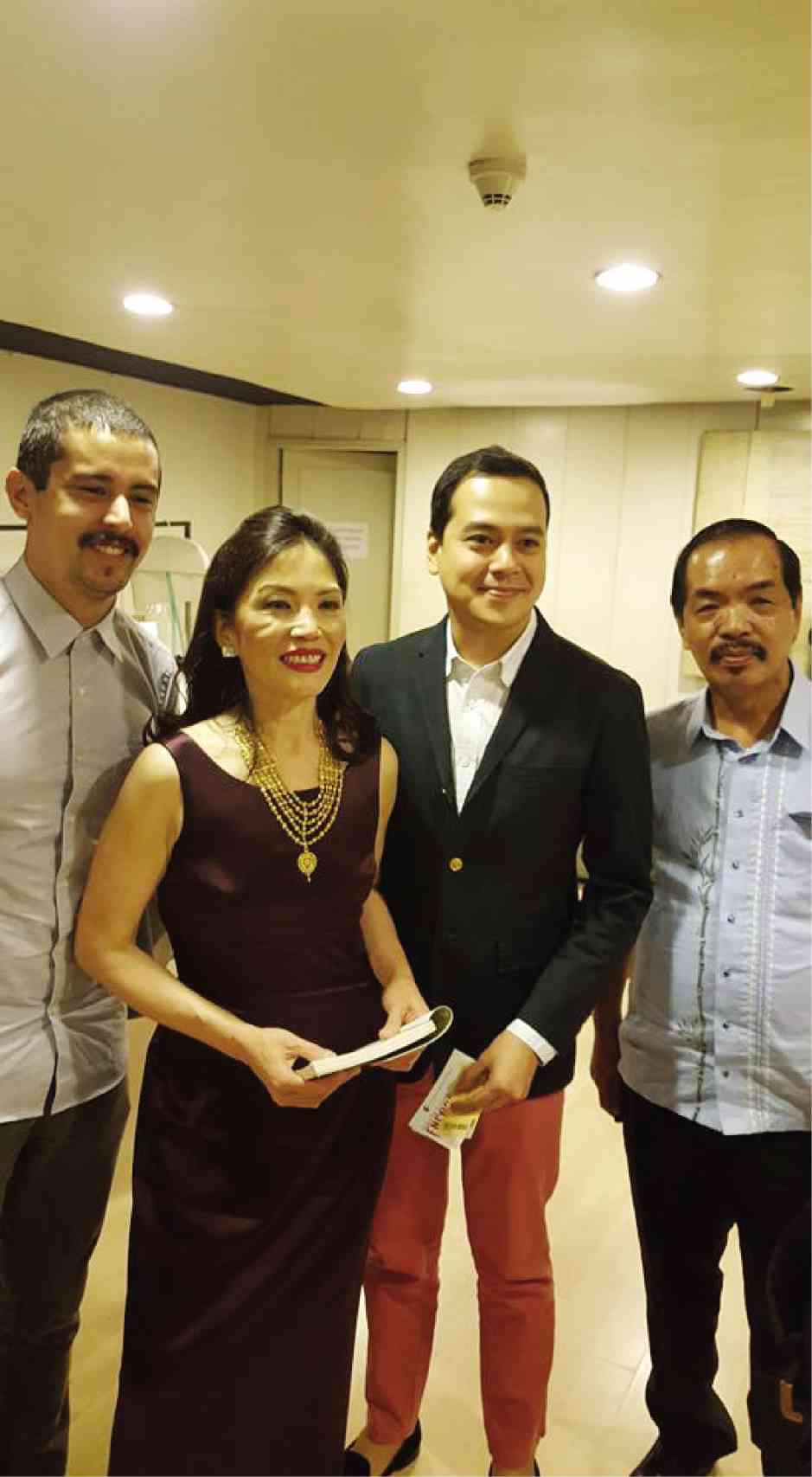 Cecile Licad, through her son’s eyes

WHEN Otavio Licad Meneses was born in New York in 1987, there was a coup d’état in Manila.

That was a year after his parents—pianist Cecile Licad and Brazilian cellist Antonio Meneses—got married in New York in a simple ceremony, in the company of friends and musicians.

Three days after giving birth, the famous mother flew to Japan for another engagement. She wanted to bring her son, but her own mother, Rosario Buencamino Licad, admonished, “Cecile, he is only a few days old. He can’t travel as yet. Your Papa and I will take care of him while you are away.”

And so that was how the pianist’s mothering days started.

A few months earlier, she was playing a Ravel concerto at the Carnegie Hall with the Toronto Symphony when she was seven months pregnant. She stopped performing only when the baby was due.

On Jan. 28, mother and son were back in Manila for an evening of Tchaikovsky and Rachmaninoff concertos with conductor Olivier Ochanine.

Otavio was one of those who gave post-performance bouquets, and Licad fans couldn’t believe their favorite pianist is now mother to a 28-year-old son.

Twenty years ago, mother and son had a joint concert with the Philippine Philharmonic Orchestra (PPO) at the Cultural Center of the Philippines (CCP), through a Poulenc Double Concerto for Piano, which had young music fans screaming at curtain call. That was the son’s first taste of audience adulation.

But his self-knowledge was so strong and deep, he was convinced he was not cut out to be a musician.

He decided to follow his own path, and for now, is enjoying life as a bartender.

Does he miss his music-making days at CCP?

He replies, “What music-making days?! I took piano lessons for a couple of years and later, I wasn’t exactly touring the world with Justin Bieber. I didn’t have the discipline or the temperament to have a piano career.

“But when it happened at CCP, that was a lot of fun. I remember screwing up the opening passages, and then I remember being really hungry afterwards and eating fried chicken from Jollibee. The whole experience was awesome; everyone treated me like a rock star.”

As mother and son pose for this Lifestyle shoot, you can see how happily they have adjusted to their separate lives.

Son thinks his mom’s latest concert with PPO was memorable.

“It was incredible hearing both those pieces in the same program and I think she and conductor Olivier Ochanine and the whole orchestra nailed it,” says Otavio.

He goes on to reflect what he admires in her as musician:

“She’s never, never boring, ever. And I think it comes from the fact that she approaches the music in a way that most musicians with the same amount of experience lose somewhere along their careers. You can see when performers become comfortable and seem to play like they ‘know’ everything about what they’re playing. And that’s always boring to me, it becomes a chore to listen to, and it’s usually obnoxious.

“My mom never ‘knows’ what she’s doing, if that makes any sense. A piece she’s played 10,000 times is still a battle for her every time she prepares, and that’s never going to change. She also has a gravity on stage that I think was well on display at CCP, and that’s obviously something she was born with that practicing can’t achieve.”

Outside of music, they both find themselves performing roles in reverse.

Says Otavio: “These days I find that we are becoming essentially the same person. I find myself finishing her sentences and reacting internally to things in the way that she would, and I don’t think that used to happen much when I was younger. I also have an immense amount of respect for her, and how she raised me while continuing her career as a performer, and that’s something I used to take for granted as a kid.”

With a knowing smile, Cecile points out: “Let’s just say that it was much better than when he was a teenager. It’s just interesting how things sometimes get reversed. When he was a kid I would be telling him stuff, and now it’s the opposite. My relationship with him is just natural. Some days it’s good, some days it’s bad, depends on how the weather is.”

“In any case,” she adds, “we both have a mutual respect for each other as a person and that’s a big thing. I have fun talking with him; just being around him makes me happy. Everything about Otavio I adore, and I am happy that we are really great buddies. He has such compassion for everybody or anybody, something I still need to learn.”

After the CCP concert, the two hied off to Palawan and had fun catching up with each other.

“It was wonderful,” says Otavio. “We haven’t gotten a chance in years to take a trip together without her working in some way. So it was nice to see her smiling on the beach. The beach was totally incredible, I’ve never seen anything like it, really.”

Cecile agrees: “We were just both amazed by the scenery at Amanpulo and enjoyed every second. He got a little sick while we were there, so I got to play my motherly role, and I like that. The last time we did something like this was when he was 10, when we went to Club Noah Isabelle.

“This short vacation was a big relief after such pressure. It felt great going to such a beautiful place and not thinking of a single thing. I never realize how important it is to just relax.”

Looking back, Cecile admits motherhood gave her something that added to her temperament as an artist: “It gave me a lot of strength and perseverance. Now I don’t give up easily. It gave me lots of courage, as well. I have no rules as a mother. I just remain pretty open-minded. The only advice I give him is the usual one: be safe.

“I don’t know how to sum up my life with my son. As you can see, I am not an analyzer. I think I did pretty well, considering the craziness of it all. I love my son.”

Otavio sums up the best part of being a pianist’s son: “The pride is always there every time I see her on stage. I’m in disbelief that she actually does this for a living, and I feel blessed to have been born to someone who is clearly very special. It’s also a lot of fun to be backstage and to meet all the professionals she works with, and to be ‘part of the gang.’

“I tend to get very nervous before she plays, and I have to witness all the sweat and the tears that go into her preparation. Everyone else gets to show up at the performance to see the final product and have a great evening, but no one really fathoms how much work and soul it takes, and I wish sometimes that she would go easier on herself.”