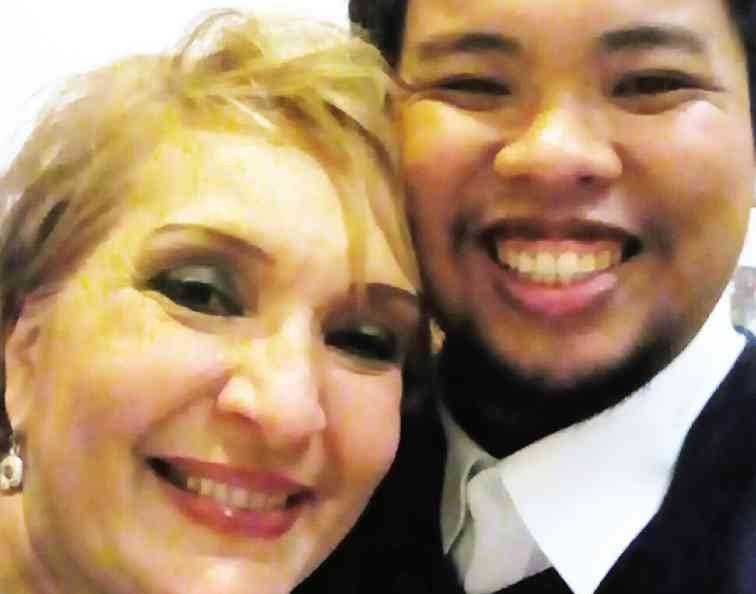 MARIO who? Mario Lanza’s name still rings a bell with the prewar, wartime and early baby-boomer generations. To Generations X, Y, Z and the millennials, who he?

He describes Lanza thus: “He was a tenor, a recording artist, a movie actor gifted with a very beautiful voice. His singing was very expressive. Luciano Pavarotti once said he wouldn’t have thought of becoming a tenor if not for Mario Lanza.”

Together with fellow tenor Ivan Nery and soprano Stephanie Aguilar, they will interpret the music associated with legendary tenor who died in mysterious circumstances in the concert “Reminiscences: A Tribute to Mario Lanza” on March 6, 7 p.m., at the Ayala Museum on Makati Ave. and De la Rosa St., Makati.

Produced by the Cultural Arts Events Organizers (CAEO), the program is divided into Lanza’s movie and radio years when he made famous the songs “You Are Love” and “Una Furtiva Lagrima” from “That Midnight Kiss”; “Un Bel Di” and “Be My Love” from “The Toast of New Orleans”; “I Walked with God” from “The Student Prince”; “Arrivederci Roma” from “Seven Hills of Rome,” among many. From his radio years come the songs “All the Things You Are,” “As Time Goes by” and “With a Song in My Heart.”

Nival said, “I love his voice. We took him up in school. I heard him for the first time around my second or third year at the University of Santo Tomas Conservatory of Music. I love his ‘Because’ because he sang it passionately. He was so romantic and full of energy. He was one of those singers who sang full blast. Contrary to people’s impression that he was shouting, he was actually very intense.”

He has learned from Lanza’s example. The cause of his death from a heart attack could not be fully confirmed. Was it a Mob hit (for displeasing a mobster by not acceding to a request to sing), or was it from natural causes? The Hollywood star ate and drank a lot, grew big, but movie directors pressured him to lose weight. Meanwhile, his weight yo-yoed. That may have triggered the attack.

Nival stands 5’10”. His ideal weight should be 175-185 pounds, but he’s overweight. He has started doing cardiovascular work at a gym with a little weightlifting.

“Little because I have to protect my throat,” he explained.

From Feb. 5 to 15 this year, he was in London, living and studying with the great soprano Nelly Miricioiu who he already had as a maestra during her intensive vocal workshop for classical singers last year at the Ayala Museum. Since that workshop ended, she took him on as her student. They do their lessons on and off through Skype when time allows.

The lesson he learned from her is: “Don’t focus on the sound but on the muscle movements of everything to make the sound come out natural and instinctive. Sound is a product of how the muscles move in the right way. She taught me to focus on the muscles’ alignment and movement. The body is an instrument so you have to know how to deal with it every day. You feel different every moment of every day, and you must deal with that.”

He described Miricioiu as “a very patient teacher. She gives the information and makes me feel it, explains well because she knows how to do it.”

In a Facebook post that his fellow music artists took note of, he wrote about a “scary” sound that came out of him in one exercise. He said, “It’s a sound that’s new and exciting because it came out after I did the correct muscle movement for the first time.”

Although he grew up singing the pop songs of Bon Jovi and the rock group Queen, he converted to the classics when he was a college freshman at the University of Santo Tomas. He admires the tenors Lanza (introduced by his college professor Randy Gillongo), Pavarotti, Alfredo Kraus, Fritz Wunderlich, Gregory Kunde, Mario del Monaco and Franco Corelli.

Lastly, he said, “You have to pray. I converse with God, ask him to guide me, thank him for the talent and opportunities he has given me. I ask him to help me stay focused on that day.”