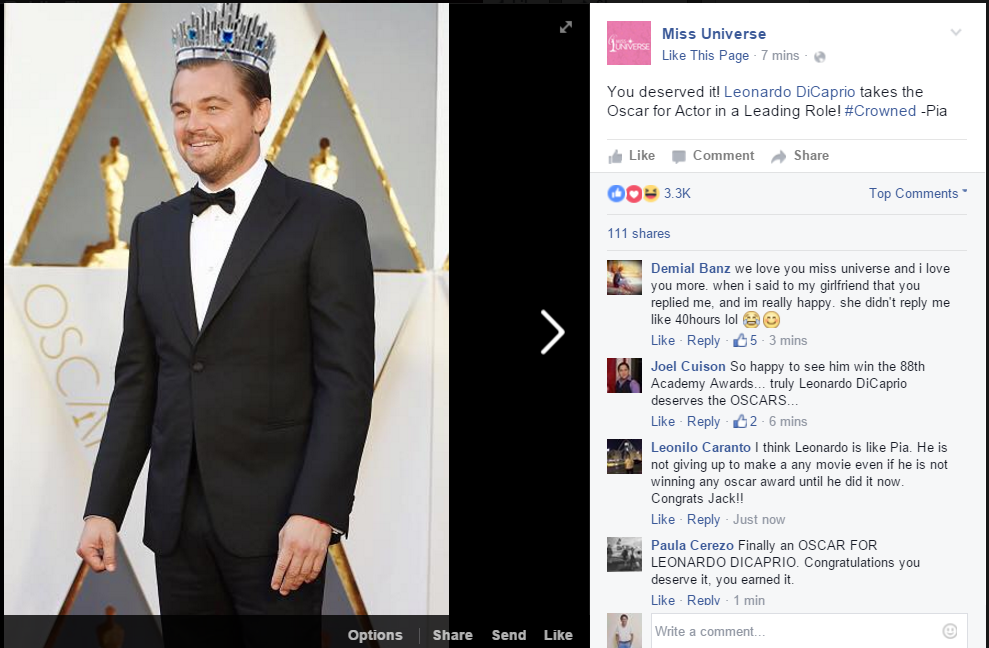 You deserved it! Leonardo DiCaprio takes the Oscar for Actor in a Leading Role! #Crowned -Pia

Miss Universe 2015 Pia Wurtzbach lauded Hollywood actor Leonardo DiCaprio for his Best Actor win in the 88th Academy Awards for his performance in “The Revenant.”

In a post on the Miss Universe Facebook page, Wurtzbach said: “You deserved it! Leonardo DiCaprio takes the Oscar for Actor in a Leading Role! ‪#‎Crowned -Pia”

In his acceptance speech, the 41-year-old actor urged people to act and counter the threats brought by climate change.

“Climate change is real. It is happening right now. It’s the most urgent threat facing our entire species and we need to work collectively together,” said DiCaprio on Sunday (US time).

He was previously nominated for five times for an Oscar in “Wolf of Wall Street,” “Blood Diamond,” “The Aviator” and “What’s Eating Gilbert Grape” but always came home empty-handed.

In “The Revenant,” DiCaprio played a fur trapper who was attacked by a bear and was left for dead. AJH