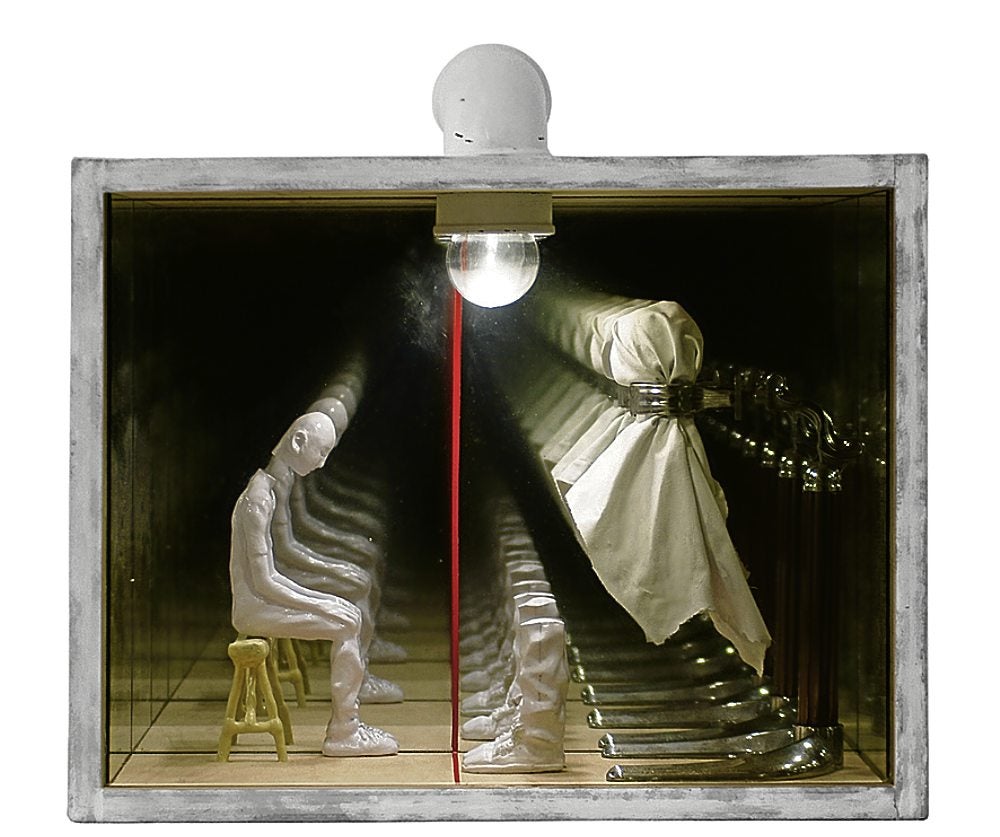 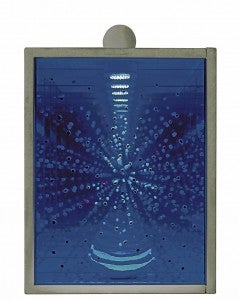 Mark Justiniani (b. 1966) challenges reality in his latest exhibition using the magical illusion of mirrors in “Phantom Limb” at Finale Artfile.

Taking inspiration from the concept of “proprioceptive memory,” a theory that argues that after amputation, the brain retains the memory of the missing limb known as phantom limb, the artist likens this exhibition to the mirror box, developed by neuroscientist Vilayanur Subramanian Ramachandran in the ’90s—a  contraption of mirrors arranged at a particular angle inside a box that allowed the amputee to “see” two limbs and to “move” the absent limb, which eventually led to their treatment.

Through light and space of mirrors in a box, the artist likens “Phantom Limb” to the phenomenon of society’s collective “wounds” or “historical phantoms,” which may be materially absent yet still alive in our memories and in ways continue to alter the course of the present.”

What distinguishes this show is how viewer’s experience is more engaged in the nonmaterial aspect of the work rather than its plastic elements.

The show is a collection of 28 works of six-inch-thick, wall-installed 14×18” boxes including a few 14-in square tabletop pieces.

These boxes house small sculpted figures and installation pieces in mixed media—resin, coconut shells, cloth, metal—composed and arranged to make up a tableau of poetry and wit which touches on the surreal as the artist continues his dialogue on the social, historical and cultural aspects of Philippine society for which he is known.

In “Tawiran,” “Diskurso” and “Listener,” the artist utilizes the concept of the phantom-limb phenomenon by supplementing the missing parts of his figures through the use of its mirror image.

“For those that lack half of its symmetry,” the artist writes, “the reflections offer us the flip side. They are accurate proxies or doubles for an absentee image. It is the recognition that illusions are appearances, and they have the capacity to suggest and sometimes be as potent as the thing replaced.” 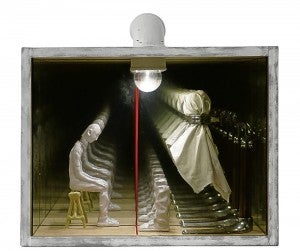 “Palakpak,” another work along these lines, shows a single hand facing the mirror as it produces the image of numerous hands clapping… like the old Zen koan, “the sound of one hand clapping.”

In some works, the parallel mirrors produce several images to replicate a single object, such as in “Himala,”  a takeoff from Jesus feeding the multitudes, where he used a few pieces of bread and a single unmarked can of sardines, which has been visually multiplied.

“Dispersal” sees several scattered slippers and military boots, again conveniently multiplied by the parallel mirrors.   “Pamantasan,” “Akda” and “Diskurso” comment on education and classroom desks and scattered sheets of paper are strewn about and mirrored in an endless loop.

A sense of the metaphysical can be gleaned in “Messenger,” “Tagamasid,” “Bulawan” and “Oyayi” in dreamlike compositions of floating dots like endless stars against subtle blue light, which give the pictures a sense of the movement of time, of streams of consciousness which transport the viewer to distant planes. 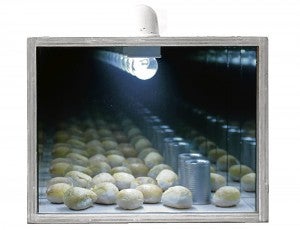 “The Long Leash,”  a brightly lit neon-green chain hanging in mid-air, and “Tawiran,” a makeshift bridge, both appear to be running endlessly into the distance.

Justiniani began his artistic career as a painter in the early ’90s. He has since been known to diversify into other mediums and forms such as wood, plastic, metal and other materials, as he consistently applies his characteristic playful surrealism in his commentaries on Philippine society, whether in painting, sculpture or installation work.

“Phantom Limb” is an exploration into reality and illusion, of shared memories and illusive dreams… and how perception can sometimes deceive. In this show, Justiniani’s art mirrors his capacity for the endless possibilities of this medium.