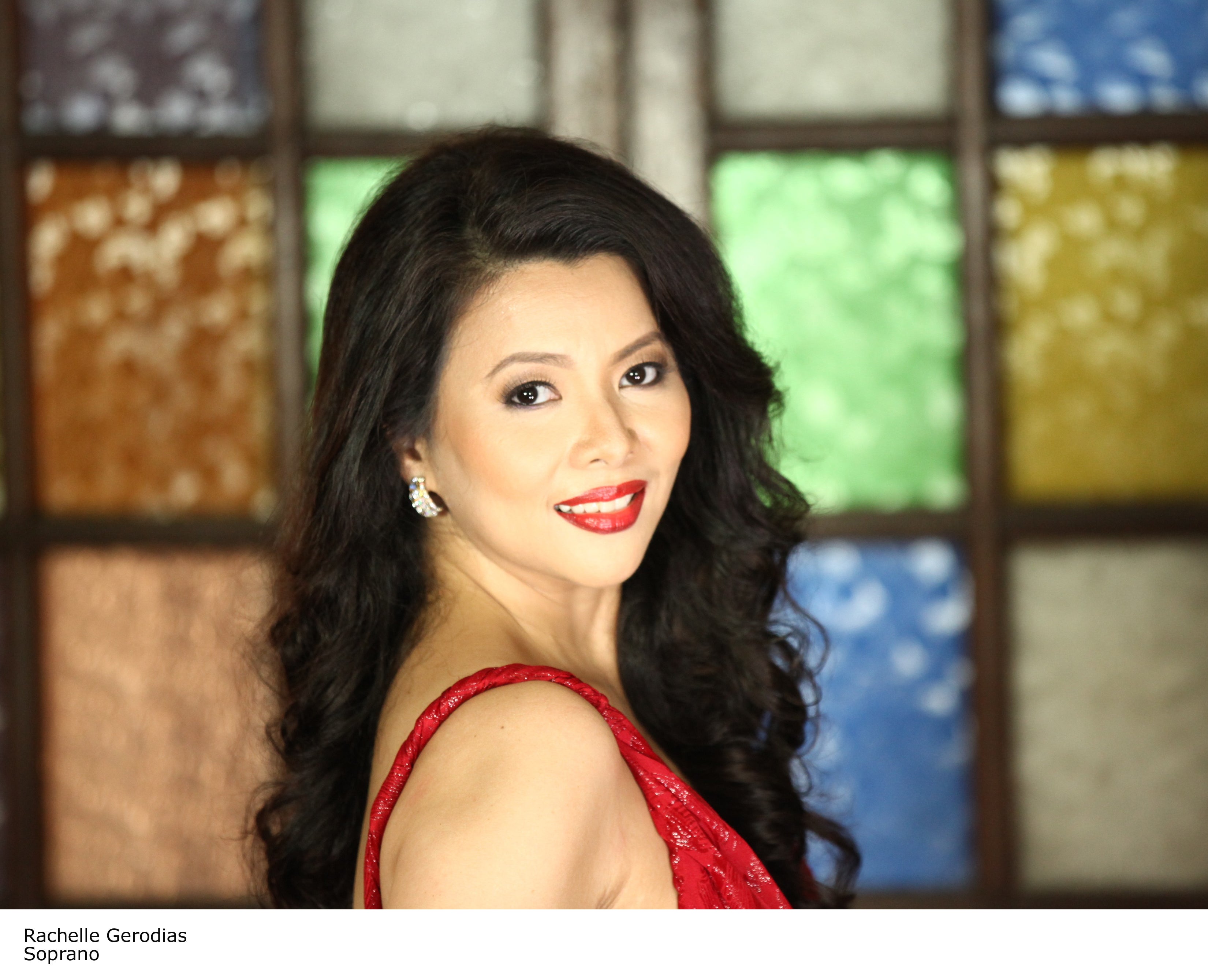 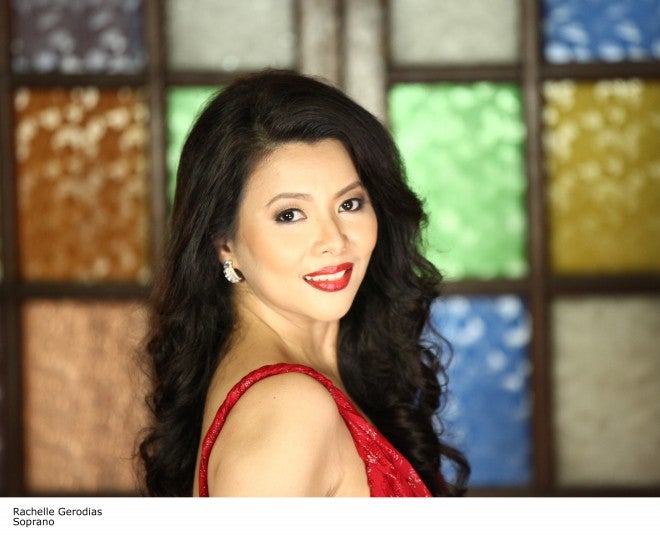 Filipinas soprano Rachelle Gerodias and Korean baritone Byeong-in Park perform with Maestro Olivier Ochanine in the 7th season concert of the Philippine Philharmonic Orchestra on March 18 at 8pm at the Main Theater of the Cultural Center of the Philippines.

Maria Rachelle Gerodias is one of the Philippines’ most sought after singers, regularly performing to large audiences throughout the Philippines and abroad.

Gerodias is also one of the country’s most award-winning sopranos, having won 1st Prize in the Civic Morning Musicals Vocal Competition in Syracuse, New York and being in the Aliw Awards Hall of Fame for Best Female Classical Performer.

Gerodias received her Master’s Degree in Vocal Performance and Vocal Literature from the famed Eastman School of Music, in New York; she holds a Professional Diploma in Operatic studies from the Hong Kong Academy for Performing Arts.

Equally dazzling in her interpretations of songs, oratorios, musicals and the Filipino Art song (Kundiman) genre, Gerodias has collaborated with some of today’s most celebrated artists.

Her performances with top musicians in the Philippines and abroad include chamber concerts with Peter Schmidleof the Vienna Philharmonic Orchestra; she has also worked with respected conductors Georg Tintner, Piero Gamba, Oscar Yatco, Ryan Cayabyab, Yaacov Bergman, and Christoph Eschenbach among many others. Her collaboration with Mirella Freni makes her the only Filipina to have ever worked with the legendary opera diva. After finishing his studies in Seoul, Korea at Chung-Ang University, baritone Byeong-in Park continued his studies under the wings of the great tenor Francisco Araiza at the University of Music and Performing Arts in Stuttgart, Germany.

He attended master classes with Piero Miranda Ferraro, Ditrich Fischer-Dieskau, Júlia Várady, Montserrat Caballé, Francisco Araiza, Romualdo Sevastano and Brigitte Fassbaender. Park was a finalist in both “Iris Adami Corradetti” and “Montserrat Caballe” singing competitions in 2008. He received a scholarship from SIAA Foundation in Liechtenstein in 2009.

Recently he became the winner of the Kammeroper Schloss Rheinsberg Competition in 2013 and was awarded the role of Count Homonay in Johann Strauss’ operetta Gypsy Baron at the Festival Schloss Rheinsberg and Staatstheater Braunschweig.

From 2012 to 2014 Mr. Park has worked as a guest soloist at the Graz Opera Theater singing the roles of Schaunard in La Boheme, Heerrufer in Lohengrin and Peter in Hansel and Gretel. In 2014 Mr. Park performed his debut performance in Singapore with the role of Gulielmo in Mozart’s comic opera, Cosi Fan Tutte at The Esplanade Theater.