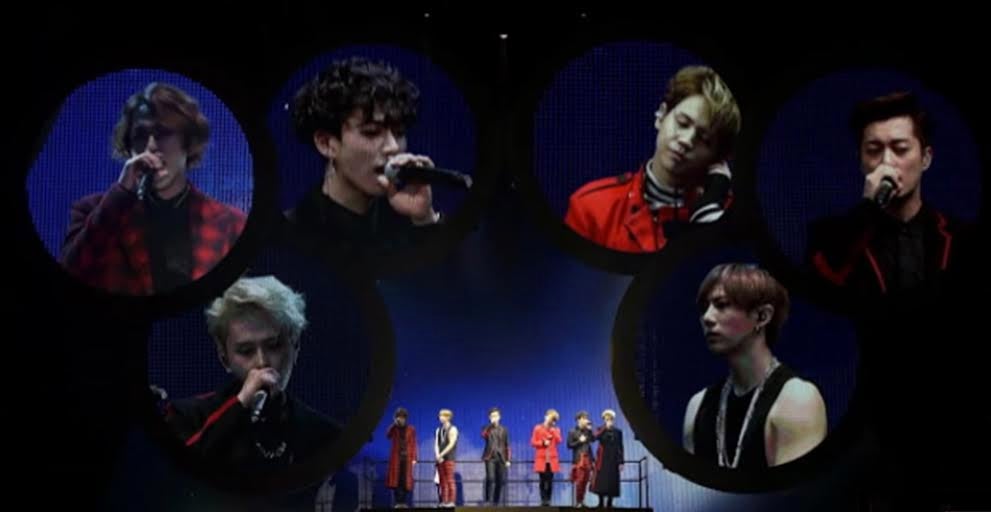 THE VIDEO teaser of “Guess Who?” the new Japanese release of top Korean pop (Kpop) act Beast, has fueled excitement among its legions of fans across the globe, including the Philippines where the “idol” boy band is set to hold a “fan meeting” on March 19 at the Smart Araneta Coliseum.

Beast has enjoyed much success outside of South Korea, with its music reaching fans across the United States, Europe, Latin America and even the Middle East and Central Asia.

In Asia, the multi-awarded sextet has such a strong following, especially Japan where it launched its own independent label last year—B2ST Music—as a way “to get closer to Japanese fans.”

During their “Beast Japan Tour 2014,” they sold out all 12 of their concerts across seven cities.

In establishing B2ST Music (with Yong Jun-hyung, the band’s rapper-composer, as main producer), Beast became the first group to set up a base in Japan and to show how serious it was about its promise to present good tracks. Beast in fact released a song each month for 10 months starting March 2015 with the single “One.”

And though the dramatic “Saigo no Hitokoto” and the upbeat “Stay Forever Young,” released in November and in December respectively, would mark the end of B2ST Music’s maiden year in Japan, Beast apparently has more in store for 2016.

Last Feb. 29, Beast released a short music video of its upcoming Japanese single, “Guess Who?” from its new album of the same name. The 11-track album is set to release on March 9.

The video is only a minute and 18 seconds long, but it is more than enough to sell the song with its catchy electronic dance music (EDM) tune and choreography that’s just bursting with energy. That no member of Beast is shown on the video clip is what’s even more impressive. All you’ll see in the short are a dozen or so masked men in black hoodies in what looks to be a dimly lit and empty parking lot.

Beast definitely knows how to hype themselves up and create buzz. And it would be interesting to see if the boys will perform “Guess Who?” when they come to Manila for their first ever fan meeting at the Smart Araneta Coliseum.

Debuting in 2009 with “Bad Girl,” Beast went on to evolve a very varied discography consisting of hard-edge tunes with soulful lyrics of heartbreak and rejection, such as “Soom (Breath),” “Shock,” “Take Care of My Girlfriend (Say No),” “Rainy Days,” “No More,” “Shadow,” “Good Luck,” “12:30” and last year’s “Yey.”

“Fiction,” one of Kpop’s most recognizable anthems, was a Beast hit in 2011 and won Song of the Year. Beast’s follow-up, 2012’s “Beautiful Night,” is another anthemic Kpop tune that enabled Beast to be back-to-back Artist of the Year in the Melon Awards in 2011 and 2012.
Known of their beautiful and powerful vocals, Beast members mount energetic, charismatic and nearly impeccable concerts.

Lead singer Jang Hyun-seung forms one-half of the hit duo Troublemaker with rapper-bombshell Kim Hyuna of girl “It” group 4Minute (she’s featured in Psy’s viral blockbuster, “Gangnam Style”).
Meanwhile, Yang is generally acclaimed as one of the best—if not the best—of Kpop vocalists. He is known for his beautiful, angelic voice that can be both lyrical and dramatic, sweet and scorching.
Grammy-winning soprano Jo Sumi chose him to do a duet with her in her concert in 2013 and do a recording with her in her album last year.
The New York Times splashed Yang’s photo across the whole page of its theater section in late 2013, showing him as Joseph in the Seoul production of Andrew Lloyd Webber’s “Joseph and the Technicolor Dreamcoat.” Times described Yang “a sweet-faced star” who, when “he belted about hardship and hope, young women wept.”
Meanwhile, in popular surveys, Yang has often been voted “cutest guy on the planet,” He’s known for his “aegyo” or cute reactions and mannerism.
Already 26 years old, Yang is often mistaken as an adolescent. A critic complained of the “Good Luck” music video in 2014 in which Yang was made to wear athletic shorts and high socks: “Yoseob already looks 12 and then you put these Little League socks on him! Really!”