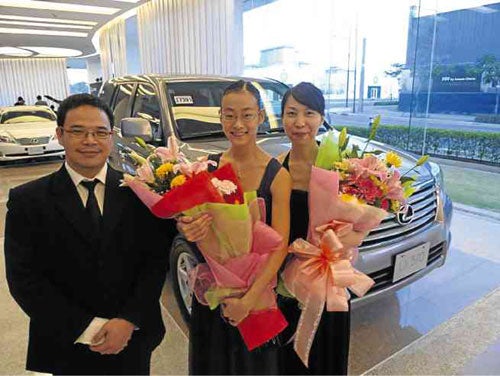 Young pianist Kao Sugata gives a recital for a cause 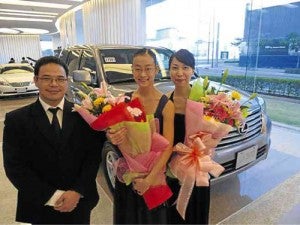 LAST MARCH’S devastating earthquake and tsunami shocked the world. Among those affected were Filipinos who lived within the hazard zone of the nuclear power plants which suffered meltdown. They had to be repatriated home.

At the time, young Japanese pianist Kao Sugata, consulting her mentor Cecile Basilio-Roxas, planned to give a recital this June to celebrate her completion of middle school at the Manila International School.

The recital was instead held May 15, earlier than planned, to raise funds for the victims. 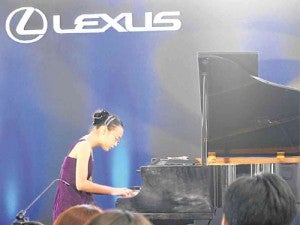 Kao gave a rousing performance. She impressed her audience with her well-nuanced tone. Her projection was superb, and her touch, kept in the singing tradition, was admirable. She cut an amiable stance marked by smart presence.

She adequately showed legate singing agility and a keen sense of voicing in the opening two Bach Prelude and Fugue numbers.

In Beethoven’s “Rondo a Capriccio, Op. 129 (The Rage over a Lost Penny”), she disclosed a secure technique and sensitive musicality made more evident in succeeding numbers in Part 2 of the program.

She capped the first part with Mendelssohn’s “Grand Trio, Op. 49,” with which she struck a warm ensemble with violinist Dino Akita K. Decena and Yuka O. Sta. Ana, both members of the Philippine Philharmonic Orchestra. Together, they played in close rapport that kept the audience enthralled.

She was formidably engaging in Liszt’s Rigoletto paraphrase. The running passages were smooth and the chords decisively robust. She kept such dynamic intensity till the next Liszt number, the sixth of the “Paganini Etudes.”

Indefatigable, she showed a large reservoir of stamina as she capped the recital with “Prokofiev’s Toccata, Op.11,” which was rendered with aplomb! 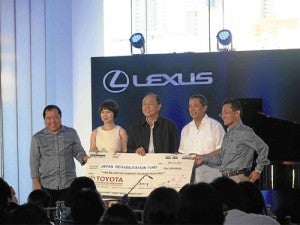 Definitely, Kao is a young pianist to watch!

At the end of the recital, Mitchinobu Sugata, president of Toyota Motor Philippines Corporation, joined by her wife Atsuko, was presented a facsimile of the check realized through the concert by Li in the amount of P2.5 million.

Mr. Sugata said the amount would be turned over to the Philippine Red Cross to be remitted to the Japan Rehabilitation Fund.

He thanked the car dealer’s association officers and members with their spouses; the Japanese expatriates in the audience; and Cesar Lee, president of Toyota Alabang, for lending the piano and providing drinks for the cocktails.

He also expressed his thanks to the other two musicians; the audience who came in droves; and professor Cecile B. Roxas, who believed in the talent and capability of their daughter Kao.