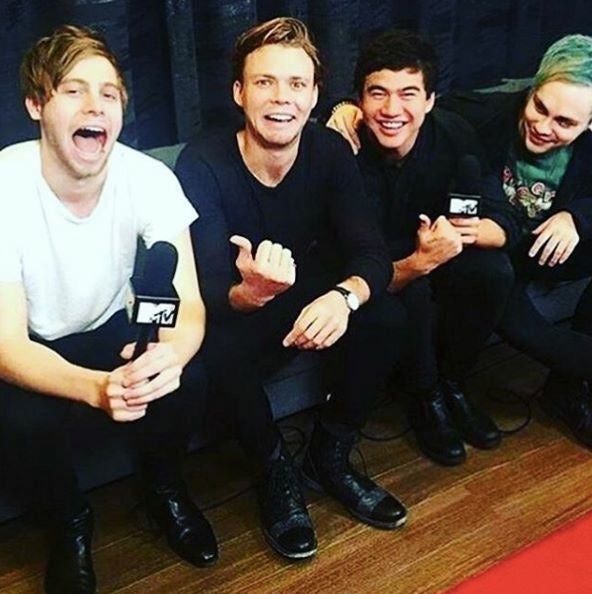 Young Australian band 5 Seconds of Summer (5SOS) is due to arrive in Manila today, March 11, for its concert on March 12 at SM Mall of Asia (MOA) Arena.

Tickets to the concert reportedly sold out an hour and a half upon release last November, a representative of promoter Music Management International (MMI) confirmed to Inquirer.

Asked if there will be SRO (standing room only) tickets to be sold on concert day, the MMI representative said, “Sorry, it’s not happening.”

5SOS is the hottest young band to emerge in the wake of the massive popularity of One Direction. But 5SOS’ members have pointed out that they should not be called a “boy band” because they play their own instruments.

Its self-titled debut album, released in 2014, has topped the charts in 11 countries.