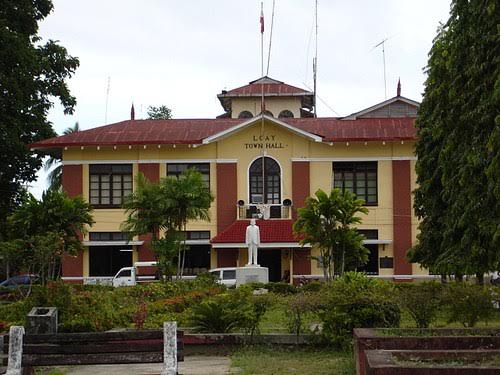 REACTING to the clamor of concerned Boholanos, the National Historical Commission of the Philippines (NHCP) has issued a cease-and-desist order (CDO) against the demolition of the late-Spanish-era and early-American-period Loay municipio (municipal hall).

In a letter addressed to Loay Mayor Rosemarie Imboy on Feb. 19, NHCP acknowledges the building as a presumed important cultural property under the heritage law and recommended for its preservation.

NHCP directed the local government unit (LGU) to submit its development plan of the structure for the commission’s review and recommendation.

It said that, while it was reviewing the development plan, “no alteration, modification or demolition of the structure is to be undertaken.”

The project to “rehabilitate” the municipio started when the national government earmarked P32.5 million in 2014, said Fr. Ted Torralba, head of the Diocese of Tagbilaran’s Commission for the Cultural Heritage of the Church.

Torralba said that “the demolition of the Loay municipio is an example of the proverbial blessing in disguise, because this unwarranted destruction of an existing cultural-heritage resource incites the community to protect its remaining cultural material from unnecessarily vanishing.”

He suggested for a dialogue between the local government and the town’s residents to resolve the matter and undertake the rehabilitation properly, employing standard heritage-conservation approaches.

Torralba, who believes the municipio was built around 1901 during the term of Loay native Aniceto Clarín y Vélez as the province’s first civil governor, pointed out that the LGU should be “transparent” in what was to be done on the structure once a common ground would be established among stakeholders.

“Generally, the building is a compendium of our island’s history, a reminder of our struggle as a people,” said Marianito Luspo, former head of the Bohol Arts and Cultural Heritage Council.

Luspo, a historian who teaches at Holy Name University in Tagbilaran City, explained that the building’s ground floor was built during the Spanish colonial period, a remnant of “the once-beautiful town burned by the Americans in response to the stiff resistance the Boholanos put up against the new colonial masters.”

It was rebuilt by the Americans during the early years of its occupation. The rebuilding was attributed to Sen. José A. Clarin, one of the town’s most notable sons.

The Heritage Conservation Society, through its president Ivan Henares, told the Inquirer that his group was supporting the citizens of Loay in opposing the demolition of their historic municipal hall.

“The building is an integral part of the history and cultural fabric of Loay. It must be conserved, especially since it survived the 2013 Bohol earthquake,” he said.

Henares said HCS was calling on the LGU to abandon its plan of demolishing the heritage structure.