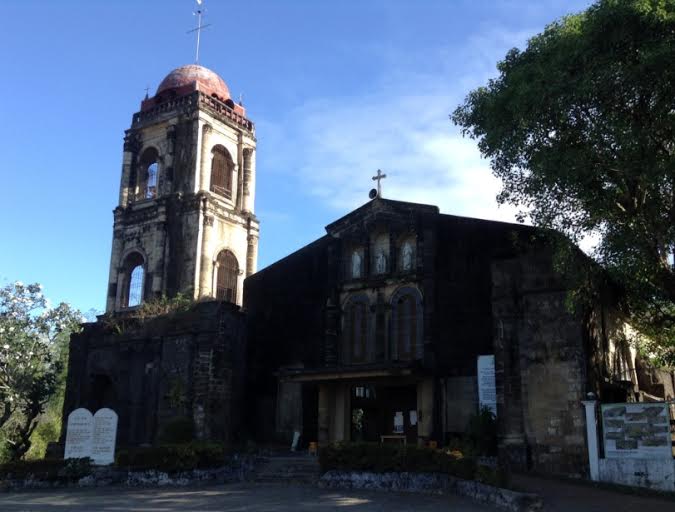 WHAT was not completely destroyed by World War II and the powerful “Lady Caycay” earthquake of 1948 was finished off in just a matter of months by the parish priest of Tubungan town in Iloilo province.

Portions of the remaining walls of the 19th-century Augustinian church of San Antonio Abad (Saint Anthony the Abbot) were demolished ostensibly to give way to a renovation project by Fr. Ricardo Iniego.

According to parishioners, Father Iniego was appointed in November 2014 and started the demolition in May 2015. The demolition is ongoing as the renovation gets underway using concrete to replace the ruins.

The “renovation” is being carried out along with another project of constructing a concrete plaza at the back of the church, which resulted in the cutting of over 20 trees, said a resident.

A petition to stop the demolition signed by 36 residents was sent to Fr. Neil Antenor Cruz, property administrator of the Archdiocese of Jaro, in July 2015.

But Father Cruz did not respond to the petition. The archdiocese did not comment on the issue. Photos of the destruction are shared here by the parishioners with Inquirer Lifestyle.

The destruction at Tubungan followed the controversial excavation by treasure hunters of the Catholic cemetery in San Joaquin town in the same province.

The diggings were allowed by the parish priest, Fr. Nelson Silvela, and they compromised the integrity of the mortuary chapel, said to be the best-kept among Spanish-era cemetery chapels in Panay.

The National Museum said the residents themselves filed charges against Father Silvela and the diggers for violating the National Heritage Law of 2009, since the mortuary chapel had been declared a National Cultural Treasure by the Philippine government only last December.

Tubungan’s church of coral stone and mamposteria (rubblework) was built by Augustinian Fr. Luis Toro around 1844. It was damaged by the war and the 8.3-magnitude Panay earthquake in 1948.

Portions of the church were reconstructed in concrete after the earthquake. The belfry was restored in recent years.

According to the book “Angels in Stone,” by Fr. Pedro Galende, O.S.A., “the remaining thick walls of the side and back give the church a sense of age and history.”

Its interesting features are the winged angels “of Aztec resemblance” that decorate the side entrances.

Church historian and University of Santo Tomas archivist Regalado Trota José said the church, even if reconstructed, is a presumed important cultural property under the National Heritage Act.

Reacting to the cases in Tubungan and San Joaquin towns, José pointed to the encyclical of Pope Francis “Laudato Si,” that “we should all be reminded.” He pointed out in particular Section 2, parts 143-145.

“If Catholics themselves don’t follow the Pope’s teachings, then woe be on us,” José said.

The encyclical issued last year recognizes the threats to historic, artistic and cultural patrimony aside from the patrimony of nature.

“It is not a matter of tearing down and building new cities, supposedly more respectful of the environment yet not always more attractive to live in,” says the encyclical. “Rather, there is a need to incorporate the history, culture and architecture of each place, thus preserving its original identity. Ecology, then, also involves protecting the cultural treasures of humanity in the broadest sense.

“More specifically, it calls for greater attention to local cultures when studying environmental problems, favoring a dialogue between scientific-technical language and the language of the people.”