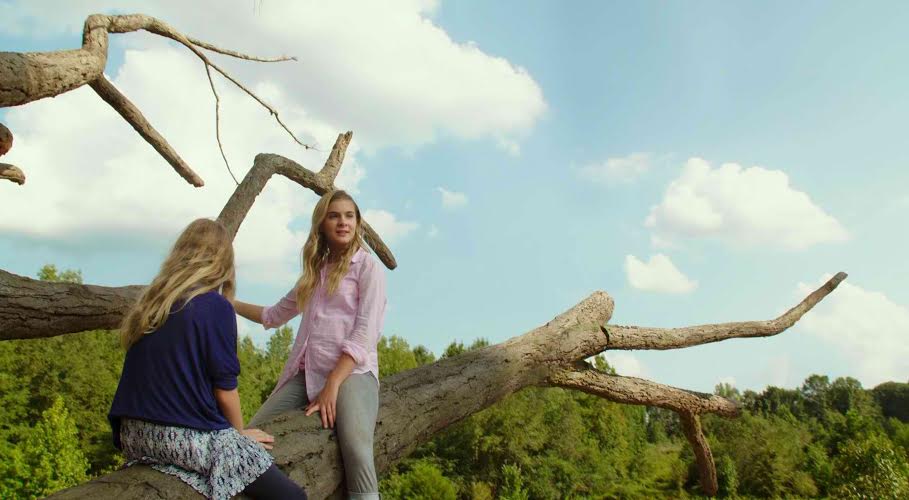 SCENE from the film

“MIRACLES from Heaven” tells the astonishing story of a young girl suffering from a rare digestive disorder who is miraculously cured after surviving a terrible accident.

Directed by Patricia Riggen, the film is based on the 2015 memoir of the same name by Christy Beam, whose daughter had had a near-death experience and was later cured from her chronic disease.

Jennifer Garner stars as Christy Beam, a tenacious, devoted mother whose world is flipped upside down when her daughter Anna (Kylie Rogers) is struck with a rare, incurable disorder.

With a parent’s fiercest determination, Christy summons the courage to do everything she can and beyond for her child, heading on a heart-gripping quest through a medical maze, even as her faith begins to wane. Yet, just when all truly seems lost, a series of unfathomable yet documented events unfolds that leaves the whole community baffled.

Texas mom Christy Beam was in a tough emotional dilemma when she began her inspirational memoir.   She was living an undeniably blessed life in Texas with her veterinarian husband and three beautiful daughters. But then, her middle daughter Annabel got sick. She was diagnosed with a serious digestive disorder. As the doctors could not find any cure for the disease, Beam’s ceaseless efforts to heal her daughter began to fail.

Then, in an instant, everything changed when Annabel climbed a tree and fell 30 feet down headfirst into the core of a hollowed-out cottonwood. After surviving the accident, Annabel finds herself miraculously cured of her condition.

But for Beam, her daughter’s inexplicable recovery was only the beginning. Her daughter’s seemingly rare miracle became a moment that transformed their daily lives. She began to see miracles around her, from the kindness of a stranger, to the compassion of a brilliant doctor, to the candid conversations that rekindled the entire family’s sense of purpose and belief.

Beam notes that big, logic-defying mysteries such as Annabel’s can serve as reminders that subtler wonders surround us on a regular basis.

“I used to think a miracle came with a flash and a boom and a loud voice but now I know a miracle is also goodness, it’s love, it’s when things work that have no reason to work,” Beam said. “To me, it’s the showing of God’s hand. After everything that happened, I made a conscious decision to not take any of the little, amazing moments of life for granted.”

Upon reading the script, Garner, who played Christy Beam in the film, felt an instant connection with the character she was portraying.

“Looking at the world through Christy’s eyes has been such a gift for me,” Garner said. “It gave me perspective. The strength she showed is something that I aspire to as a mother. For me, that’s what makes this story so human.”