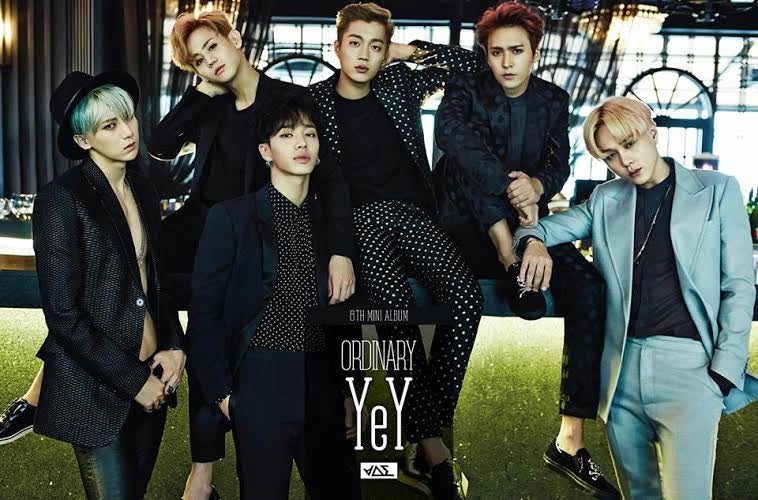 MAJOR K-pop idol act Beast will hold a fan meeting this week at the Araneta.

BEAST, one of the key musical acts leading the “Hallyu” or Korean cultural wave, returns to the Philippines this week when it holds a “fan meeting” at the Araneta Coliseum on March 19.

The first and last time the six-member boy band came to the country was in 2010 when it was barely a year old and when it front-acted a concert by Kim Hyun-Joong, himself the product of the boy-band craze via the more senior band SS510.

Kim was very hot then since he had just starred in “Boys Over Flowers” (BOF), the TV drama series that was the Korean adaptation of the Japanese shojo manga series that had earlier been adapted into the very successful Taiwan drama series “Meteor Garden.”

In the Korean Broadcasting Station (KBS) concert in Hong Kong in 2012, in fact, Beast performed “Paradise,” the very popular soundtrack of BOF.

That an original Japanese graphic novel series had been treated to several cultural permutations should indicate that Hallyu might be a series of hybrid currents across Asia, especially since “hallyu” was the term invented in the late 1990s by the Chinese media that were awed by the fast-growing popularity of Korean TV dramas and pop-music acts.

It seems auspicious that as Beast returns to Manila, Kim is doing his mandatory military service while his bandmates in SS510 are making a comeback through “Pain,” not exactly an ideal vehicle because of the rather fractured English of the refrain, “So pain, so pain.”

“Korean-pop” or “K-pop” may be known for incorporating English phrases and lyrics to cater to a more global audience, and its acts in fact are named after quaint English acronyms (check out Vixx—so named as shorthand for “Voice Visual Value in Excelsis,” get it?).

But K-pop is more than curious English names, titles and lyrics, outlandish costumes, and cute boys and girls singing and dancing. It’s a cultural phenomenon that, while aping to some extent the Anglo-American pop-music industry, also exposes the latter’s aesthetic bankruptcy.

To be sure, Justin Bieber and 1D cannot compare to a third-rate K-pop “idol” act. They don’t even deserve to be on the same stage with them.

So here’s our list of the best but most underrated “idol” bands.

Starting as a “concept band” in 2012, Vixx has gone on to reap success especially in the last two years with “Error” of 2014 and “Chained Up” of 2015. Nothing to complain about that except that less talented newer acts have gotten by with less talent and less exciting fare. Vixx certainly deserves more recognition.

BAP (Best Absolute Perfect) also debuted in 2012, although leader and rapper Bang Yongguk had been introduced as a solo performer the previous year with “I Remember,” a powerful collaboration with Beast’s main vocalist Yang Yo-seob. That single prefigured much of the eventual musical stamp of BAP-heavy rock explosion with hard-driving lyrics and rapping, with vocalists Jung Dae-hyun and Yoo Young-jae providing contrasting and very engaging vocals.

Part of its underrated status has been self-inflicted, though. In late 2014, BAP accused its agency, TS Entertainment, of maltreatment and unfair profit distribution, and the band was in limbo for several months until the two sides settled in August 2015 and BAP made a comeback, “Young Wild and Free,” last November.

Seven-member BTOB (Born to Beat) was likewise born in 2012 as only the second “idol band” of maverick Cube Entertainment after Beast, which debuted way back in 2009.

It has proven to be versatile in different genres although it seemed to have spread itself too thin at first, especially with the lacklustre “Thriller” in 2014. But last year, it found its style in the ballad genre on the strength of its fine vocalists—Seo Eunkwang and Lee Changsub—with “It’s Okay” and “Way Back Home,” the singles reinforced by thoughtful narrative-driven music videos, so that recently the latter was named best ballad in the Daesang and the band, best vocal group, in the Seoul Music Awards.

Seven-member Infinite should have been in the Top 3 of this list except that it has managed to reap key awards in the past years that somehow check the impression that it has been underappreciated.

Still, compared with other newer and less talented groups, Infinite deserves more acclaim, especially for the powerful singing of leader Kim Sung-yu and vocalist Nam Woo-hyun, the rapping skills of Dongwoon and Hoya, and the overall charm of the group’s performance.

Its recordings have become edgier through the years, as proven by 2014’s “Back” and last year’s “Bad.” Also last year, with his second solo album, Sung-yu consolidated his reputation as one of the best male vocalists in town, so that the band’s virtues and further prospects now seem… Infinite.

With its name formed from the members’ blood type (four are type A and the last, Baro, is distinguished not only by his curious name and his cool rapping skills but also by his rare blood type—B), five-member B1A4 represents blue-blooded entertainment except that all of the members came from the provinces and were plucked out from obscurity by WM Entertainment based on their social-media photos and asked to audition. It turns out Jin-young, the oldest and, thus, the leader (in Confucian Korea, seniority is respected), could compose, and the rest of the lot, especially of course rapper Baro, would help out in the writing.

Since 2011 when it debuted, B1A4 has struck to its formula of light lyrics, winsome but interesting tunes, rap verses that can be both silly and deadly serious, and very appealing live performance; the results are songs such as “Tried to Walk,” “Lonely,” “Solo Day,” and last year’s “You are a Girl, I am a Boy” and “Sweet Girl” that, while not heavyweight, aren’t featherweight either. This is a band that surely knows its strengths (San-deul’s power vocals, CNU’s stage presence, and Jin-young’s appealing singing and confident charm) and weaknesses (perhaps it should do edgier stuff?)—one that allows itself to grow on its audience. And perhaps win more audiences still.

Although FT Island from FNC Entertainment will mark its ninth year as the hardest-driving pop-rock Korean act and with fans all over the world, it remains woefully underappreciated as shown by the absence of main singer Lee Hong-ki in many surveys of best voices in K-pop.

We definitely pray for a madder, bigger audience for them.

Our Top 3 Most Underrated Idol Acts have two things in common: they belong to small agencies and create their own music. Beast might have benefitted from the compositions of Shinsadong Tiger and other top composers during their first three years (“Soom,” “Shock,” “Fiction,” “Beautiful Night”), but since 2013, rapper Yong Junhyung (who forms the Good Life writing team with   collaborator Kim Tae-joo) and the rest of Beast have written, arranged and produced their own stuff–and they’re not bad but very brilliant and nearly all about heartbreak: “Will You Be All Right?” “Shadow,” “Good Luck,” “12:30,” and even last year’s EDM, “Yey.”

And there’s no indication that Beast’s creative juices are running out as shown by their very impressive Japanese recordings since 2013’s “Midnight” and “Sad Movie” and 2014’s “Adrenaline”—2015’s “One,” “Hands Up,” “Saitogo Hitokoto,” “Stay Forever More,” and this March’s “Guess Who?”

Thanks to Cube Entertainment, too, Beast since the start has had very well-conceptualized music videos, like 2014’s “No More,” which incorporates the language of social media in a very moving narrative about, you guess it, loss and separation.

Now as then, Beast’s recordings are distinguished by melodious hooks, searing refrains, poetic lyrics, sizzling instrumentation, and incredible vocals, especially by Jang Hyun-seung and Yang Yo-seob, who’s arguably the best K-pop vocalist and, to his fans, the cutest thing on two feet in the planet.

Moreover, Beast is noted for its flawless live singing, vibrant choreography, and charismatic stage performances. Too bad its Manila homecoming on March 19 won’t be a full concert but a fan meeting. But we’re not complaining too much. Beast after all are the best and they’re back.