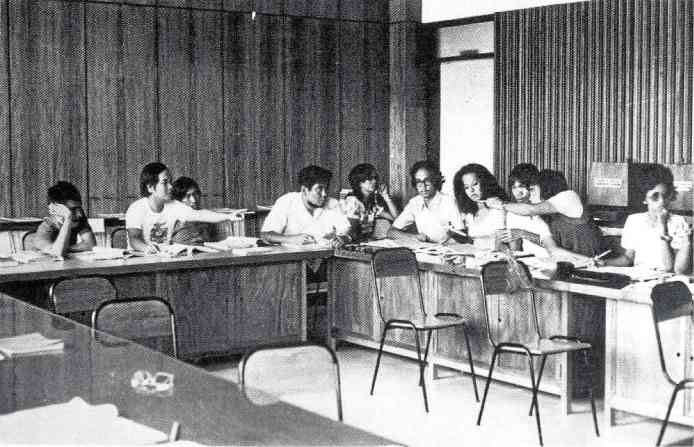 A Golden Age of writing 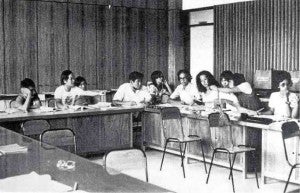 WE BEGIN with stories of how things began.

The story of the Silliman University National Writers Workshop in Dumaguete—which celebrates its 50th year this May—officially began in 1962.

That was the year it was founded by the late Edilberto K. Tiempo and his wife, National Artist for Literature Edith L. Tiempo. They became simply Doc Ed and Mom Edith to several generations of Filipino writers, a sort of familiarity that says a lot about the kind of workshop Dumaguete promised.

Its influence is now legendary. The poet Cirilo Bautista once said: “The amount of learning these writers got from this workshop is incalculable, and measurable only in the way they have contributed to the qualitative and quantitative growth of our literature. Being a pioneer, it occupies a premier position in the history of creative writing in the Philippines.”

The Tiempos, together with its first panelists, National Artists Francisco Arcellana and Nick Joaquin, ushered in a Golden Age of writing, and Dumaguete in Negros Oriental has somehow become the heart of the country’s literature—everyone’s literary hometown. 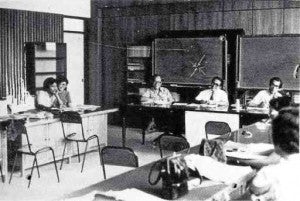 But perhaps its true genesis goes even farther back, to the end of World War II.

“In 1946,” Rowena Tiempo-Torrevillas once wrote, “my father was offered a scholarship by the Presbyterian Board of Missions, enabling him to do graduate work in the United States, at Stanford. He was readying himself for the scholarly regimen of the classics, and doing a refresher course in Latin, among his preparations, when my father was asked what area he wanted to specialize in at Stanford. ‘Creative writing,’ he said. ‘There are a number of novels I am going to write, and I need to know if I’m writing them effectively and well.’” “Oh, the Presbyterian Board officer told him, ‘Then there’s only one place for you to go. Iowa.’ Dad had to look up Iowa in the encyclopedia, and he was a bit puzzled at what he read. ‘Isn’t that where… they grow corn?’”

Iowa, right smack in the cornfields and silos of the American Midwest, indeed, grew corn. But Doc Ed was soon to learn there was a man there, a poet named Paul Engle, and that he ran what was and still is considered the best creative-writing workshop in the world: the Iowa Writers’ Workshop at the University of Iowa.

“And that is how my Dad,” Rowena Torrevillas continued, “took a freighter across the Pacific, then a train halfway across the continent from San Francisco to Iowa City. And one morning, carrying his belongings in an Army-issue duffel bag, he crossed the Pentacrest on the campus to find the postwar temporary quarters in the Nissen huts, the quonset building where Paul Engle was holding the Writers’ Workshop.”

By 1947, his wife Edith joined her husband to also take part in the program. When they returned to the Philippines in 1951, Silliman was already abuzz with creative writing.

The campus was sprouting literary enthusiasts, among them Aida Rivera-Ford, Rodrigo and Dolores Feria, and Ricaredo Demetillo.

The Tiempos made creative writing an area of concentration for English majors in the English Department—and soon that paved the way to preparations in 1961 to hold a workshop similar to the one they attended in Iowa. The following year, it became fully operational.

Today, the workshop’s alumni number above 600. Their memories of three weeks in a Dumaguete summer remain indelible.

Timothy Montes writes: “It was a common story we told: Meeting Doc Ed was a turning point in life. I remember him, the first time I joined the workshop, taking me aside and saying, ‘You can write.’ And I began to write seriously.” 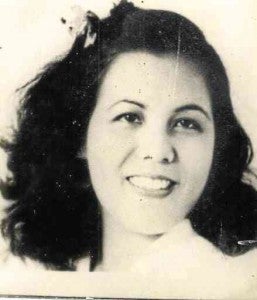 The poet Cesar Ruiz Aquino tells the story of being the first workshopper: “We were a very young college boy when we came to Dumaguete for the first time in the summer of 1962… It was a letter from a man named Dr. Edilberto Tiempo that brought it about. The letter was an invitation to join the 1962 workshop in April… We accepted, of course, full of madness and innocence… He met us at the wharf, aboard a tartanilla… It was just after dawn. We can’t recall certain details. For instance, we can’t recall how we knew it was him or how he knew it was us. We rode the tartanilla to town, to the English Department at Hibbard, to the Alumni Hall where the workshoppers would be housed, then to the cafeteria for breakfast.

“How quiet the town was, how still. Even then it felt like memory. Time, a full, primeval river, moved in eddies… It was the morning of creation, and the dawn seemed to cling to everything. In the evening, across from our window, played Vic Damone on the jukebox singing, incredibly, ‘Tender Is the Night.’ And in the morning of the next day, we met the next to come, Willy Sanchez, who looked at us with contempt until, in no time, we began tramping through the campus, Katzenjammered the olds, crossed the hooligans, wrote lines under a cypress tree, befriended inanimate objects. Willy performed, we watched. Nick Joaquin exclaimed at the caf: ‘Franz, I think they’re writers!’”

For this summer, internationally acclaimed Singaporean writer Kirpal Singh was part of the panel.