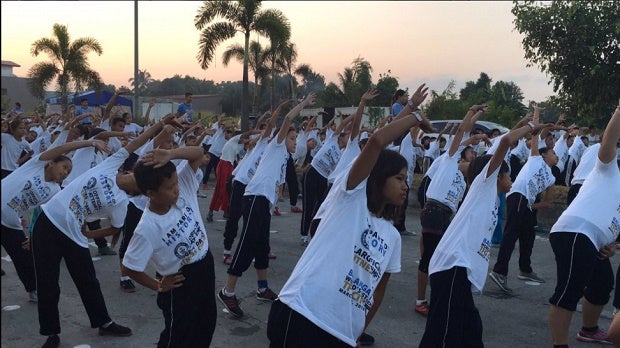 BALANGA CITY—More than 16,000 residents here sweated it out as they danced their way to a new world record on Friday morning.

The Guinness World Records officially declared this city as the new holder for the largest dance fitness class in a single venue with 16,218 participants, breaking the previous record of Mexico City with only 6,639 participants.

The participants were composed mostly of students from various schools in the province, according to the organizers.

The event was held shortly before the city was officially recognized as the first tobacco-free city in the world by the international organization Tobacco Free Generation. RAM