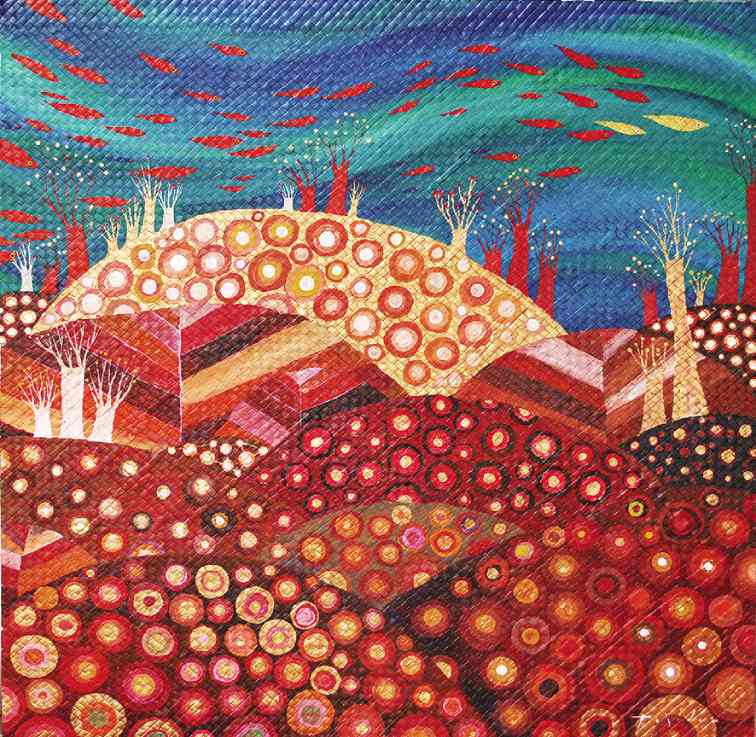 Millennials are driving the current boom in Philippine art

It’s a good time to be a Filipino artist, or to be part of the Philippine art scene in some way.

At a recent gathering to announce the 10th year of Art in the Park—a one-day affordable art fair held annually, scheduled on April 3 at the Salcedo Market in Makati City—a random group of artists, art gallery directors, art event organizers and aficionados agreed that the country is in the midst of an art boom, with no signs of slowing down.

Not only are the works of established artists fetching record prices at auction houses both foreign and local, even younger artists are finding a ready market for their works— thanks to the proliferation of art galleries and regular events such as the recently concluded Art Fair Philippines, which drew over 22,000 attendees over a five-day period.

But perhaps the most significant factor driving the current art boom is the emergence of a new breed of art collectors: young, flush with cash and supremely confident in their tastes.

While the trade in the masters—the BenCabs, Malangs and Ang Kiukoks—still rests largely in the hands of older, more established collectors, the younger collectors seem to be more interested in buying works by contemporary artists such as Geraldine Javier, Manny Garibay, Rodel Tapaya and Nona Garcia.

So great is the appetite for contemporary Philippine art among the new breed of collectors that demand has now outpaced supply.

“The art market is different now,” says Chitty Cometa of Metro Gallery. “Even if you can afford to buy, sometimes there’s nothing to buy. You like Yasmin Sison? Good luck finding one. Sometimes collectors will bite the bullet and buy a piece, even if it’s expensive, because it’s available. It’s a seller’s market.”

Collectors flock to events such as Art in the Park because, apart from the usual bargains, works by certain hard-to-find artists sometimes show up, since part of the proceeds of the event goes to the Museum Foundation of the Philippines.

So even though it’s supposed to be an exhibit of affordable art (price ceiling: P40,000) in a friendly family atmosphere, collectors come even before the gates open to snap up the best pieces ahead of other collectors.

In some gallery shows, buyers are limited to one artwork per customer, so that other clients can get a chance. As in any other market, she says, scarcity is driving prices up.  Meanwhile, collectors keep piling up, waiting for an artist’s next exhibit, sometimes buying up works even when the paint has barely dried on the canvas.

“I think art collecting is more fun now, because you’re chasing each piece,” says Cometa. “Unlike before, when you’d just go to the gallery, buy a painting and go home. Boring.

Just who are the new collectors?

Some are yuppies, others young entrepreneurs. There is a smattering of young politicians and second- and third-generation money.  One thing they have in common is, they have plenty of disposable income, and they like to collect —and not just art.

“Majority of collectors are male,” says Cometa. “They like the hunt. And they like showing off.  Collecting art is one way of measuring who has the bigger dick, because art is hard to get, even if you have the money.”

Part of the “fun” is being able to say, “My Borlongan is bigger than your Borlongan.”

“Twenty years ago, if a collector wanted to buy the whole show, he could,” she adds. “Now he has to wait and beg to be able to buy just one piece from the show. Even an established collector like Charlie Cojuangco, with his name and his family’s status, is finding it hard to get artworks now, so he’s turning to foreign artists. It’s not that the artists are unwilling, it’s just that they really don’t have anything to sell, because their gallery commitments are keeping them busy.”

The new collectors are part of a juicy new market segment, the discerning type, which corporate entities have been eyeing for their premium products and services.

“We’ve been keeping an eye on the new target market, who are younger, more passionate, very active—especially online—and highly discerning,” says Isabel Katrina del Carmen, a consumer marketing director of Globe Platinum, the telecom giant’s premium product division and a sponsor of Art Fair Philippines and Art in the Park.

“We decided that one of the best partners for us is the Art Fair, because the audience for art is the same target market for our products,” she notes.

“Back in 2013, after a lot of market research and interaction with different people, we found out that there is actually a new market: The discerning are no longer the usual old rich or those on top of the corporate ladder,” she points out. “A large part are millennials who are ahead of the game, who own their own businesses, who have their own passions. It’s a new generation.  Mga magagaling na bata.”

While there are more than a few women belonging to this segment, the collector’s bug seems to be a predominantly male thing, a postmodern expression of the primordial hunter-gatherer instinct.

The discerning follow a distinct profile. Many are first-generation wealth, are in their early 30s to early 50s, know what quality is and are willing to spend for it.

They may have started collecting when they were children, perhaps toys or stamps or comic books, so the behavioral impulse was reinforced at an early age. As they got older and more successful, they elevated their collections.

Rather than place their money in the bank, they invest it in their collections, because it excites them and is a measure of their status as well.

Where an earlier generation of new rich liked to flaunt their wealth by buying well-known luxury brands, the new-new rich prefer to show off their discernment and good taste by seeking out rare, exclusive, unique pieces.

The same impulse that draws them to art also drives them to collect such objects as vintage Swiss watches, custom-built motorcycles and bespoke shoes hand-made by English cobblers—possessions that define their sense of individual style and refinement.

Another factor driving the art boom is the “mainstreaming” of art appreciation, thanks to the relatively high ratio of artists and galleries per capita in the Philippines, the rise of social media and the Internet, and mass events such as Art Fair Philippines and Art in the Park.

“Global art fairs are really focused on collectors, not so much on bringing people in and exposing them to what’s going on in art,” says Lisa Periquet, one of the organizers of Art in the Park and Art Fair Philippines. “Here there’s an educational component. That’s what gives it a different energy.  People love to go and hang out.  They want to be part of that vibe.”

Once a rarefied aesthetic experience restricted to the hushed confines of a museum or gallery, art is now part of everyday life. It’s in the shopping malls, in the architectural environment, in the mass and social media.

Artists enjoy the same level of celebrity as musicians and serious actors. Young people go to art exhibit openings the same way they go to clubs and cafés. They think nothing of taking selfies with well-known artists or their work, and posting these on social media pages.

Now that the distinction between “high art” and “low art” is practically nonexistent, art has become even more accessible to ordinary young people. The global popularity of street art and pop surrealism, for instance, places art squarely within the context of popular culture, and makes it as easy to get into as tattoos or skateboarding.

The emergence of younger, hipper venues such as Secret Fresh and Vinyl on Vinyl, and artists who produce limited-edition toys and graphic works as well as more traditional paintings and sculptures, also provide a painless way for young Filipinos to get into art.

“The Philippine art scene is very vibrant, and I think it will become even more vibrant in the next few years,” says Dawn Atienza, director of Tin-aw Art Gallery. “Compared to a decade ago, there are a lot of opportunities for Filipino artists.”

The tenth edition of Art in the Park will be held on Sunday, April 3, from 10 a.m. to 10 p.m. in Jaime Velasquez Park, Salcedo Village, Makati City.