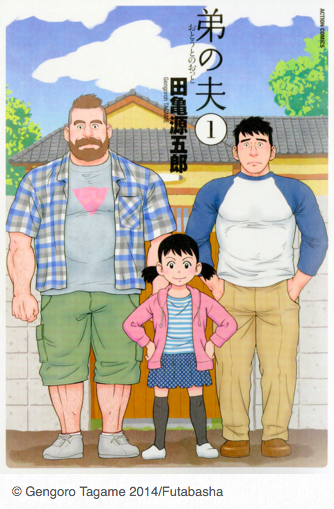 Literature on lesbian, gay, bisexual and transgender (LGBT) is still blossoming in different areas of the world. Although LGBT literature is not a mainstream labyrinth compared to women’s literature or Shakespearean literature, glistening stories of struggles and joys of the queer society mesmerize many avid readers.

LGBT in the country is a vibrant topic in movies and novels, such as J. Neil Garcia’s “Philippine Gay Culture: the Last Thirty Years” and the popular movie “Ang Pagdadalaga ni Maximo Oliveros (The Blossoming of Maximo Oliveros).” Melodramas such as “My Husband’s Lover” and the first lesbian soap opera “The Rich Man’s Daughter” sprouted an aisle of opportunities for Filipinos to conceptualize LGBT-themed literature and drama.

In Japan, LGBT-themed manga is tepidly gaining popularity among readers. One of the newest gay comic series, “Ototo no Otto (My Brother’s Husband),” joins transgender manga “Wandering Son” and other yaoi (a manga depicting male-to-male relationships) and yuri (the female counterpart).

Ototo no Otto narrates the life of Yaichi, a single father who lives with his primary-school daughter, Kana. Ryoji, Yaichi’s twin brother, died in Canada after staying there for ten years. Mike Flanagan, Ryoji’s same-sex partner, travelled to Japan to visit his partner’s family.

Feeling estranged from his twin brother for a long time, Yaichi was uncomfortable with the reality that Ryoji was a member of the LGBT community and that his daughter Kana is happily bonding with his “brother in law.”

The manga’s artist Gengoro Tagame is a notable artist in Japan’s gay-themed literature. His manga would be the first he would publish catering to a general audience, according to The Yomiuri Shimbun (The Japan News). The manga brews a different home setup as the partner of the protagonist’s brother is not a woman but a man. The crucial point of the series is how Yaichi would understand and totally accept his twin’s brother’s personality, his partner and Western gay culture.

Since the Japanese LGBT, which comprises 7.6 of the population, is not as open as compared to Western countries, this manga can be a tool for people to fully comprehend the LGBT community and empower them, politically and socially. RAM