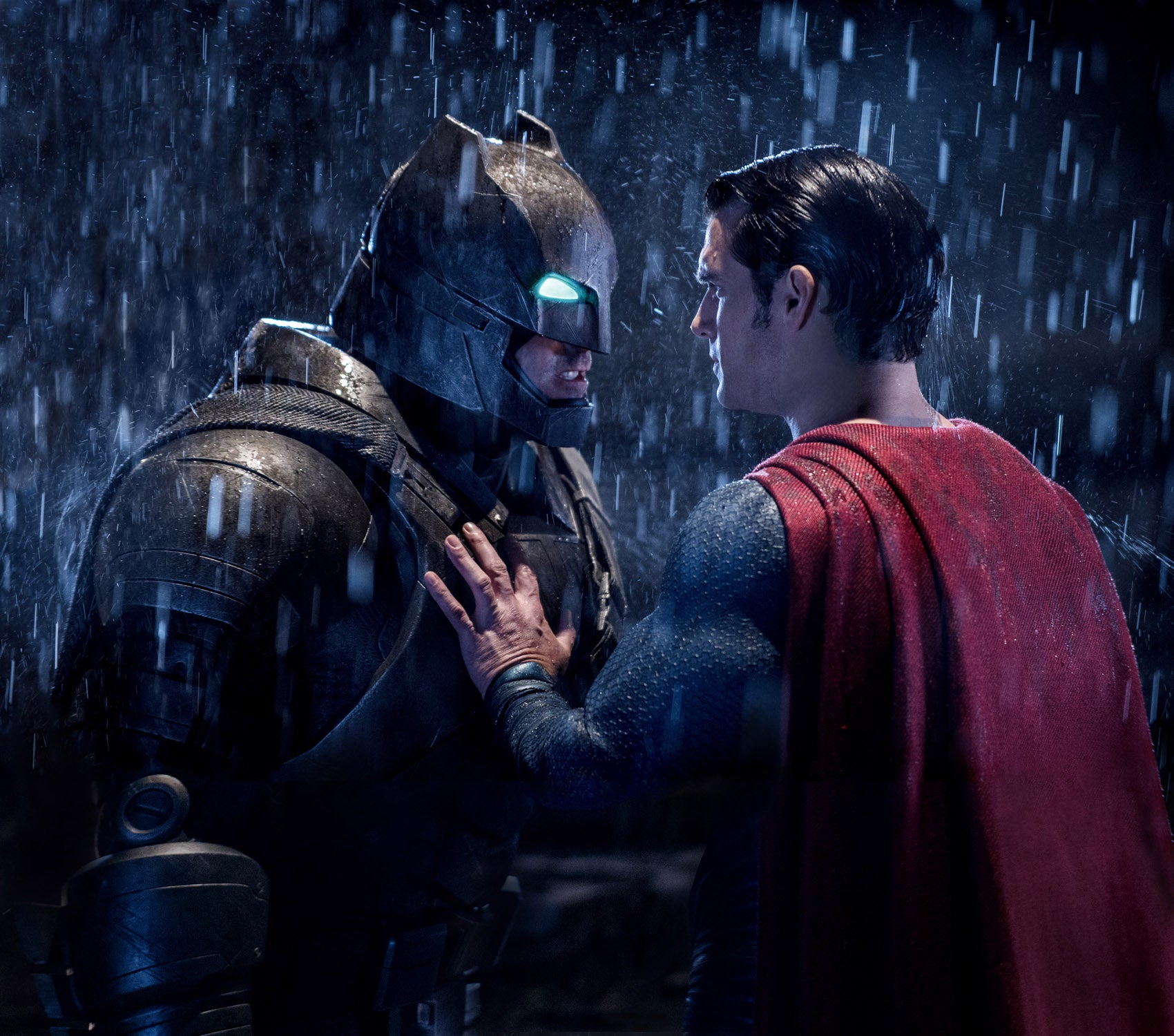 IN the moments immediately before “Batman v Superman: Dawn of Justice” begins, one could feel the audience members holding their collective breath, as if they couldn’t quite believe what was about to happen. Despite the fact it’s in the title and it’s in all the trailers, they were amazed they were finally seeing Batman and Superman together in a live-action motion picture. We’ve all seen them on screen alone, but the moment they finally share a scene together makes you want to break into applause.

Director Zack Snyder understands the significance of “BvS.” In 2013’s “Man of Steel,” he provided a very modern and dark portrait of Superman, basically the beginning of his reflection on the realistic impact of metahumans on contemporary human society. He continues that reflection with “BvS.” Thematically and narratively speaking, it is helpful to remember that “BvS” is essentially “Man of Steel Part Two,” so the newer film springs out of the earlier one. Superman’s world is thus expanded to include the Batman of that world, and later on grows so wide that is can now include the other metahumans of the DC Extended Universe, or the DCEU, as the film series is known.

The question is can DC unite its top franchise characters into a single series? Marvel did it with their Marvel Cinematic Universe (MCU), leading 2008’s “Iron Man” into 2012’s “Marvel’s The Avengers.” Now, it’s DC’s turn with “BvS.” How did they do?

“BvS” takes off exactly 18 months since the devastating events of “Man of Steel.” We are greeted with the origin story of this Batman (Ben Affeck) as he suffers one loss after another, effectively blaming many bad things on Superman. On his part, Superman (Henry Cavill) is starting to realize that, despite his amazing efforts, many people don’t trust him. People actually fear him. As a senator (Holly Hunter) is holding hearings in the hopes of holding Superman accountable for his actions, genius millionaire Lex Luthor (Jesse Eisenberg of “The Social Network”) is plotting his own strike against Superman.

As Batman raises the stakes in his crackdown on the criminals of Gotham City, Superman is starting to see him as a dangerous vigilante who is out of control. Meanwhile, Batman views Superman as a weapon of mass destruction just waiting to go off. It’s only logical that the two will soon come into conflict.

But there is a lot more going on in “BvS’ than just these two heroes slugging it out. Running at two-and-a-half hours, “BvS” still manages to feel fully loaded as there really is so much material condensed into its runtime. Snyder does not play cute or dwell on one shot; he purposefully flies from one scene to another. The first half of “BvS” is slow deliberate world-building as Metropolis shares the screen with Gotham. Yes, you can literally see Gotham across the bay from Metropolis, mirroring the screen-sharing between each city’s distinctive protector. Then the second act flies headfirst into the screen-shaking action, never quite letting up until the very end.

Snyder maintains the darker feel of the franchise, launching the heroes into even more violent action. There is a lot of punching in this film, both on the street and in the sky. Though “BvS” is set on Earth unlike the more cosmic “Man of Steel,” this film actually feels bigger on the action front, as we see the characters really unload on each other.

This being a Zack Snyder film, it’s incredibly pretty, perhaps the prettiest comic book movie ever made; it certainly has the most slow-motion sequences. Snyder knows how to put together a team. “BvS” is written by the powerhouse duo of Chris Terrio (who won an Oscar for “Argo”) and David S. Goyer (who wrote The Dark Knight trilogy and “Man of Steel”). Cinematographer Larry Fong shot “300.” Composer Hans Zimmer is, well, Hans Zimmer. And so on.

The impossibly muscular Cavill continues his redefinition of the Superman role as he manages to present Kal-El as larger than life. While he will always be compared to the teeth-gritting seriousness of the Dark Knight Trilogy’s Christian Bale, Affleck makes it clear he is portraying a different Batman, an older, much more cynical Dark Knight who isn’t afraid to use his toys. He does just fine, thank you. Eisenberg brings an increasingly maniacal feel to Luthor to the point where he’s almost treading on Joker territory. The ever-dependable Jeremy Irons is the latest British actor to play Batman’s butler Alfred. Many of Superman’s crew from “Man of Steel” return.

It is notable that Amy Adams’ Lois Lane has a lot more to do here than in “Man of Steel.” She gifts Lane with a world-weary urgency as well as an instinct for action. But the real breakout role in “BvS” is another first: the live-action cinematic debut of Wonder Woman. Gal Gadot is perfect as the Amazonian heroine; a fine thing, considering Gadot’s Wonder Woman will be headlining her own DCEU film in 2017. To be honest, Gadot alone is worth the price of admission. She’s that good in this.

“BvS” succeeds in pretty much everything it sets out to do. It provides a sequel for “Man of Steel,” introducing many of the classic Superman elements (Luthor, for example.). It introduces the future members of the Justice League leading directly into next year’s “Justice League Part One” film, also to be directed by Snyder. As a component of the DCEU, it also manages to differentiate itself completely from any of the Marvel films, opting for a less humorous, much grimmer take. It literally makes you want to see the rest of the DC heroes on screen. Yes, DC did it, and that makes “BvS” important.

All that is impressive especially when one realizes—despite the movie’s trailers being omnipresent—you don’t quite know in which direction “BvS” is going to go. There are genuine spoiler-spawning surprises in it, including some Krypton-sized ones in the final act. Furthermore, “BvS” manages to throw in some fairly thought-provoking discussions of metahumans as the new gods—in all their glory and weakness—tackling Greek mythology as well as DC mythology.  When the superhumans really start to fight, the scale is so big that it feels like a comic book splash page come to life.

As much as it is a continuation of the first DCEU film, “BvS” is also the beginning of the DC heroes’ time together on screen. When Batman, Superman and Wonder Woman stand together for the first time in full costume, ready to fight together, one truly feels the majesty and the iconic nature of these characters. And you want more of it, making the “v” in “Batman v Superman” stand for “victorious.”