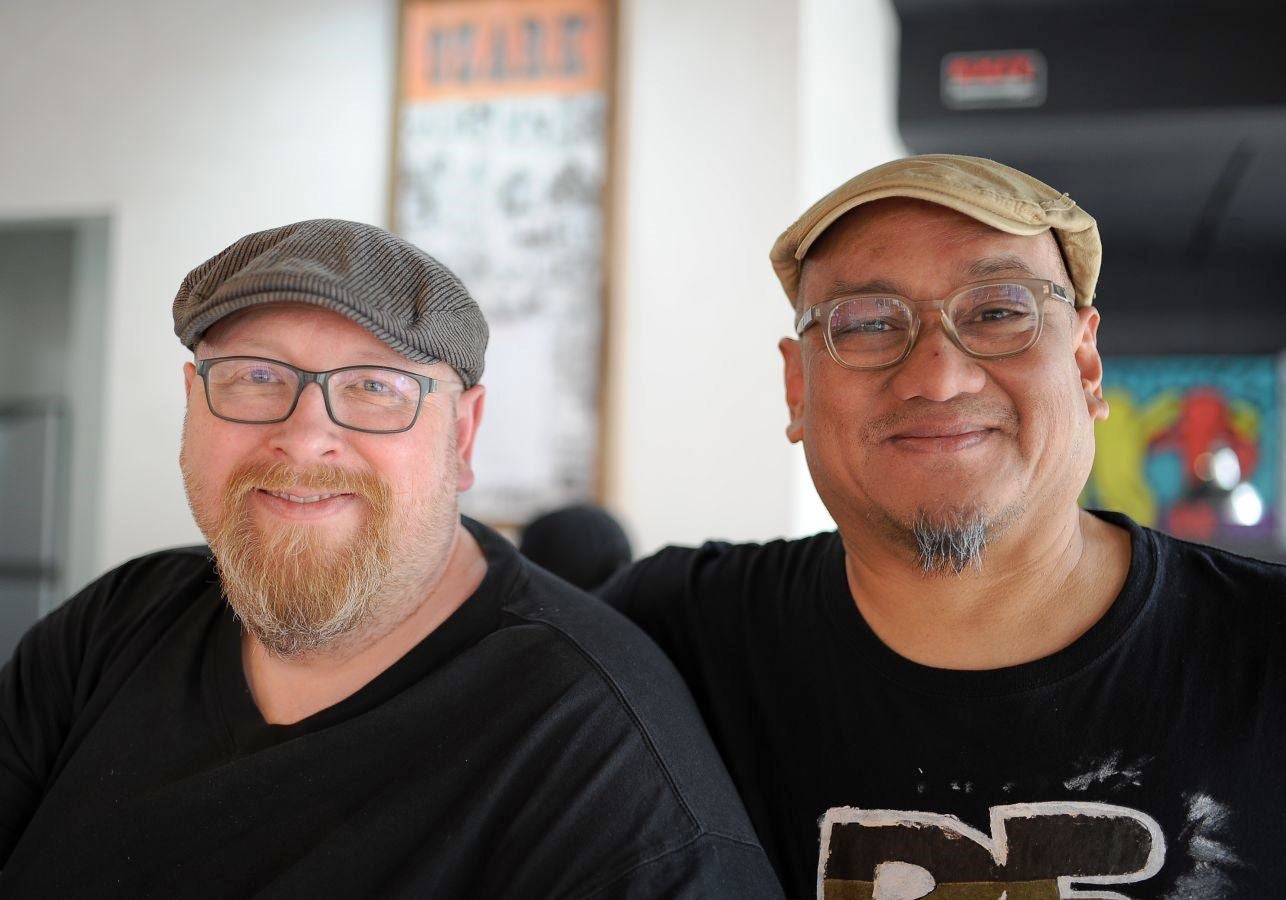 When in Baguio, try hickory-smoked chicken and fries

You can tell that guys, gays and gals in Baguio’s hospitality industry know each other.

When our team informed one of the owners of Ozark Diner on Bearing Drive, Bakakeng, that we may be running late because we would be coming from The Country Place run by Mrs. Baylon (aka Mrs. B), Albert Sotelo texted right away to say “Mrs. B is a friend and a regular here.”

As for criticism from social media reviews that Ozark is too far from downtown and one can get lost and end up with hunger unappeased, Albert said tell the cabbie to take us to Goshenland, a condominium development, which is “right next to us. We are directly behind St Louis University’s track field.”

He added: “People make it sound like Ozark Diner is way too far or difficult to find. Perhaps it’s because we are in unfamiliar territory for most Baguio City residents. They’ve written off Bakakeng as ‘provincial.’

“Where we are is what Baguio City should be—spacious surroundings, friendly neighbors and lots of trees. Frankly, part of our allure is just that. We are ‘provincial’ just like a true southern cuisine diner.”

Upon arrival, we asked the man working in the open kitchen where Albert was. He was the one frying a customer’s order. He quickly introduced us to a smiling Kevin Mize.

Asked if they are business partners, Albert replied, “No, we’re better than partners. We’re husbands!”

You could hear our (the photographer’s and my) jaws drop from Bakakeng to La Union. But the couple’s candor about their relationship and sexuality (they’re active in the city’s LGBT scene) set us at ease.

Albert and Kevin have been running Ozark for two and a half years; they live on the floor above the diner.

When they returned to the Philippines after living in the States for many years, they entered the food business by first selling their cheesecakes at weekend and night markets in Makati and The Fort.

While vacationing in Baguio, they found the weather “much nicer,” Kevin said, adding that “Baguio is a small town which is a happiness when you see familiar people in the market and elsewhere.”

He and Albert envisioned not just a restaurant but “a retirement community for Americans.”

Flanked by condominiums on one side of the drive, they themselves are building a six-room bed-and-breakfast behind the diner, with a roof deck that can be the resto’s extension.

“I do the menu. All the recipes are mine,” Kevin said with quiet pride.

Once a week, they buy their supplies alternately at the Baguio Public Market and La Trinidad Trading Post.

The two have divided their customers into four: students who enjoy the cheaper items in the menu (meals begin at P80, cookies are P5 apiece); Baguio residents who come after a big event like Panagbenga (Albert said, “During the big event, they just sit in their houses, waiting for the tourists to leave, then they come out on a Monday”); the Manila crowd that has heard of the diner online or met the couple back when they sold cheesecakes; and finally, the expats (mainly Americans, Koreans and Germans).

Their bestsellers are the hickory-smoked chicken and fries.
Kevin said, “Everything is done in-house, from the pickle in the hamburger and the hamburger buns to the cookies, bread and pies. Our products use what’s available here or we replace items that require jalapeño with siling haba which is just as good. The siling haba we pickle first for Mexican items like quesadilla and burritos.”

He has taught in culinary schools in Taguig City, and Calasiao, Pangasinan, and to his consternation discovered that students there were being taught the shorthand version of cooking stock like the use of canned, powdered or bouillon cubes.

“That’s a no-no,” said Kevin. “Here at Ozark, the gravy is made from scratch. One of our advocacies is to teach people how to cook better.”

Asked if American southerners have well-developed taste buds, Albert nodded, saying, “Those guys really know how to eat the best. They’re like our
Kapampangan…”

He noted that “Ozark is farthest from fine dining. We’re going the opposite way, away from too pretty food. Our focus is flavorful food and bringing the American experience here.”

Albert and Kevin go on dates to try other restaurants.

Among their favorites are Vicky Tinio Clemente’s Mama’s Table on Ambuklao Road for special occasions; Mario’s, which they consider one of the best in the Philippines; Hodori on Naguilian Road for Korean barbecue that’s cooked at their own table—eat all you can for only P300.