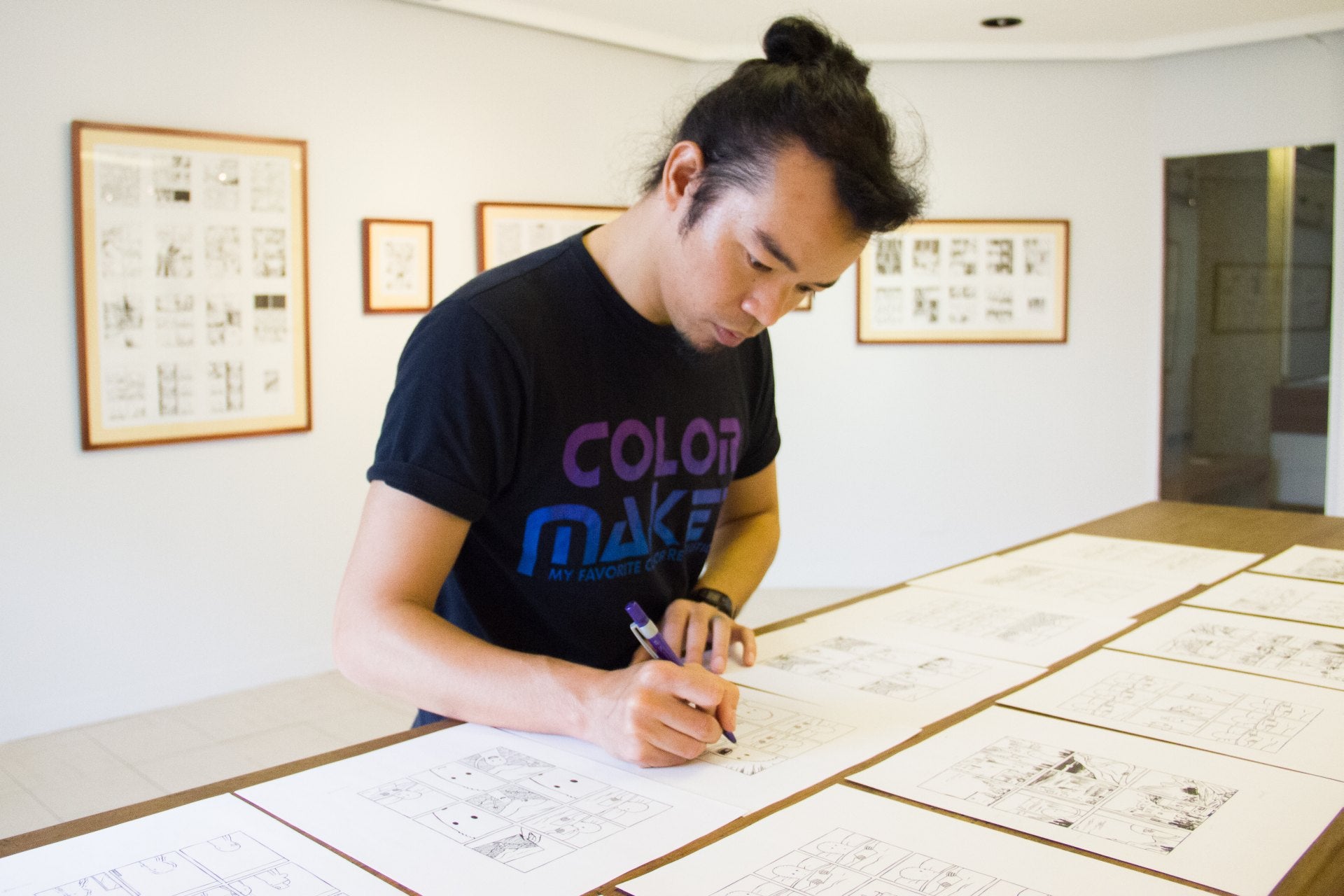 MANIX Abrera has been churning out “KikoMachine” comic strips six days a week since 2001.

Over 15 years, he has produced more than 4,000 comic strips and compiled these into 11 volumes, with the 12th coming out this November. He also managed to produce two silent comic books, “12” and “14.”

Manix’s power is his pull, which he painstakingly cultivates through daily manufacture of art/work for public (print and social media) consumption. “KikoMachine” initially had eight readily identifiable characters he chose to introduce without names.

Unlike other local comics strips that bank on defined characters, Manix’s “KikoMachine” defies familiarization through simplification of the human figure. This anonymity is coupled with speech balloons containing texts longer than the usual and are, more often than not, bordering on panic and neuroticism.

As such, having created a rigid matrix of style and discipline, Manix’s departures in method and conception are obvious items of interest. Case in point are his two silent comic books, which feature similar illustration style as his daily comic strips but are stripped away of speech. These are the illustrations featured in his first exhibition, “14,” at the University of the Philippines Diliman Vargas Museum in 2015.

It is interesting to note that in his first foray to the gallery, Manix opted to do without humor and noise, two qualities that define his body of work.

As if stepping into deeper waters, he mounts another exhibition.

“Bukal sa Puso ng Lagim” consists of comic strips selected from his last three “KikoMachine” books. These are fragments of a struggle to survive in the Third World metropolis, more often than not featuring not love itself but the ways and means that pertain to love-desire, jealousy, vanity, anxiety, insecurity, and a host of other human-ness.

Like his first exhibit, the focus of “Bukal sa Puso ng Lagim” is the original illustrations. That salvaging comics from mass consumption to imbue it with an art-ness may be construed as a depoliticization/regression of the medium is a very plausible gamble.

Written on the original drawings are erased notes indicating revisions, rewordings and stray thoughts. The notes attest to the utmost attention given to every detail by an artist/worker, whose celebrity looms over his oeuvres but whose presence remained unseen in his products until now.

These erased marks on the margins, faint but still visible, thoughtful and tentative, make up his core.