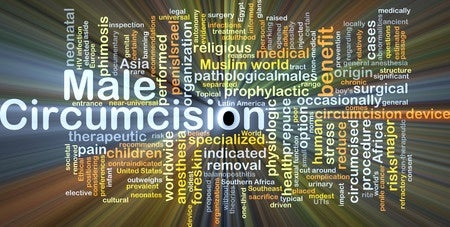 Young boys would not be circumcised through “pukpok,” a traditional method that ushers many male Filipinos into “manhood,” if the Department of Health (DOH) had its way.

“In terms of circumcision, the pukpok method is really unsafe,” said Dr. Lyndon Lee Suy, DOH spokesperson. “It is not advisable because it is dangerous. There is the threat of tetanus and infection.”

Pukpok, usually done during summer, is carried out without anesthesia. Young boys are made to chew guava leaves while the circumciser cuts the foreskin with a sharpened tool, usually a “labaha” (razor).

The guava leaves are then placed on the wound supposedly to fight infection. In most cases, the boys are instructed to bathe in a nearby river after the procedure.

Lee Suy said parents should instead take their sons to a doctor, who has the right equipment. The boys, he said, could go to health centers or hospitals.

“What is important is it should be done by a medical professional,” he said, adding that there are also medical missions that offer free circumcision.

“When circumcision is done by a doctor, you can be sure that tools have been properly sterilized,” he said.

Lee Suy said making the newly circumcised boy wash off in a nearby river increased the risk of infection.

“Aside from getting infected in the process, taking a bath in rivers with open wounds also brings additional danger,” he said.

Tetanus is a serious and possibly deadly condition that causes seizures and severe muscle spasms in the neck, abdomen and limbs that could fracture the spine. It is caused by the Clostridium tetani bacteria that thrive in contaminated soil, animal feces and other areas.