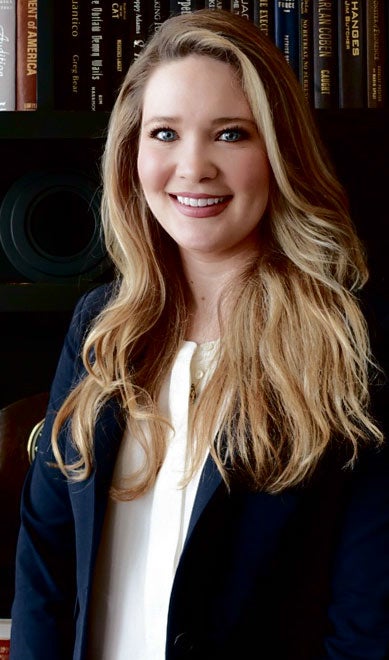 In “Throne of Glass,” we meet Celaena Sardothien, a former teenage assassin imprisoned and enslaved in a mine.

An offer to participate in a tournament to be the King’s Champion allows her to be free again. But soon she discovers that she is not fighting only for her freedom, but for the freedom of the kingdom ruled by the same corrupt king she is fighting to protect.

The first book in the series was written by Sarah J. Maas when she was only 16 years old. A hardcore fan of J.R.R. Tolkien and “Buffy the Vampire Slayer,” she initially posted her story online with the intent of getting feedback.

Instead, she gained an army of diehard fans clamoring for more, and 14 years later, “The Throne of Glass” series is a bona fide hit, published by Bloomsbury and optioned for a TV series by the Mark Gordon Company (“Grey’s Anatomy,” “Criminal Minds,” “Ray Donovan”).

Sarah was here recently at a book-signing event hosted by National Book Store.

How did you end up doing a book tour in Asia?

I was invited to a Singapore writers’ festival called “Words Go Round,” a school outreach program. Once I got the invitation, I said to my publisher that I would love to go to Asia, especially the Philippines, because I have many fans here who’ve been so supportive of my series and so vocal online. Thankfully, National Book Store sent me an invite to come here, and they’ve been so amazing to work with. They treat authors like total rock stars.

What were the things you enjoyed the most here?

The food. I’m obsessed with food; my whole day revolves around what meal I’m going to eat. I’ll be eating breakfast and thinking about what I’ll be eating for lunch. Me and my dog are basically the same. Filipino food has just been so amazing. It’s an exquisite blend of spices, aromas and textures. I had sinigang—I’m going back to eat it again—and then we had a garlicky adobo —you can tell how obsessed with food I am ’cause I’m about to freak out over this—like the initial bites would have a bit of spice and then it would unfold in your mouth and end on a completely different kind of note.

Is this where Celaena gets her appetite?

Yes. Every one of my characters gets a kernel from me, but Celaena got the love of reading, chocolate, and her endless appetite. Usually if she’s eating in the books, it’s because I’m stuffing my face as I’m writing. I’ll be eating with one hand which is why my keyboard is filthy.

She also gets her love of dogs from me. I told people that Fleetfoot (Celaena’s dog) is the one character who will survive the series. I grew up with Harry Potter so I remember Hedwig and the trauma of that.

The jewelry in your books have been turned into real pieces. How did that happen?

Janet Cadsawan, who does the jewelry line, read an arc (advanced reader copy) of “Throne of Glass” and contacted my agent about jewelry because she’d already done jewelry for some other popular series. She called me to talk about it and she said, “I’ve been doing this for a couple of years, and I’ve got a pretty good sense of what series will take off, the series could be huge and I’d love to do the jewelry for it because I love these books.”

How did you develop your love of fantasy?

I was the founder and president of the “Lord of the Rings” Club in high school, that’s why I didn’t go on a single date (laughs). There were three of us in the club. My favorite character was Legolas, but when Arwen went up against the Nazgul, I lost my mind ’cause that’s not in the books. There was a lack of female presence in the books, but in the movies they were able to add some of it.

When I saw that scene, I was 14 years old, so overwhelmed because these were all the daydreams I had as a girl. I wanted to be in these epic situations.

Watching “Star Wars,” I loved Princess Leia, but I daydreamed about being a Jedi. I wanted to battle Vader, I wanted to be Han Solo. That’s why when I saw the new “Star Wars,” Rey was everything that I dreamed about as a kid. That moment when she picked up that lightsaber, I burst into tears. Growing up, there was a distinct lack of that.

One of my other influences was actually “Buffy the Vampire Slayer,” especially in terms of Buffy herself. She was not easily put into a box; she was not easily defined. She was a cheerleader and a girly girl who loved to date boys but she was also the Slayer.

“Sailor Moon” was a girly girl who sucked in school, but the fate of the world rested on her shoulders.

Those two shows played a big role in paving the way for Celaena, her character. I wanted to write a heroine who felt like a real person.

You started “Throne of Glass” when you were 16; how did that start? 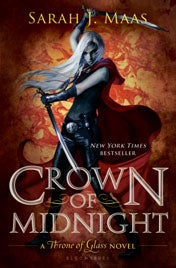 As a 15-year-old when 9/11 happened… fantasy has always been my haven, but it really became this new way of processing a very new, very scary world.

When I got the initial idea, I just wanted to write the story and have fun writing it.

Because I had no one to read my stuff, I knew there was a website called FictionPress where anyone could go and share original stories in a serialized way, where you post it chapter by chapter and anyone in the world can read and review it. It’s all for free. I

I put “Throne of Glass” on FictionPress in April 2002. I hoped that one person would think it was okay, but instead I woke up to a flood of responses from people saying, “This is awesome, can you write more?”

From that point on, I realized that I loved sharing my writing and getting feedback and I loved having readers.

Those early couple of months that I was sharing the story online and building this fanbase also altered where I saw the course of my life going. I loved writing, but until that moment I hadn’t realized that I wanted to be a published author one day.

I wrote roughly the first three books of the “Throne of Glass” series for the next six years, for the rest of high school, throughout college. Any time I had a break after homework, I was just writing and posting chapter by chapter. At the end of six years, it had become the most reviewed story on the entire site.

There was some element of luck, but I was willing to put in the hard work. It’s been 14 years since I got that initial kernel of inspiration. Now I’m here and I owe everything to my online readers who encouraged me and gave me the confidence to keep at it and try to get published.

Are you really ending the “Throne of Glass” series in six books, or do you plan to constantly revisit their world? I’m already having separation anxiety. It’s going to be really hard to write that final book. I’m working on the third and final book in the Acotar (“A Court of Thorns and Roses”) series, and opening up that Word document for that final book was fine, but I don’t know how I’ll do that for “Throne of Glass.” I mean, I love those characters, but I haven’t been with them since I was a teenager. The thought of opening up a Word document and writing out the title for the last time for “Throne of Glass”—I literally don’t know how I’ll do that because it will be closing a major chapter in my life.

Everything that I have now is because of Celaena and those books—I will just be a wreck when I’m writing it. But I don’t think I will ever close the door to that world. I know that there are stories I would love to tell.