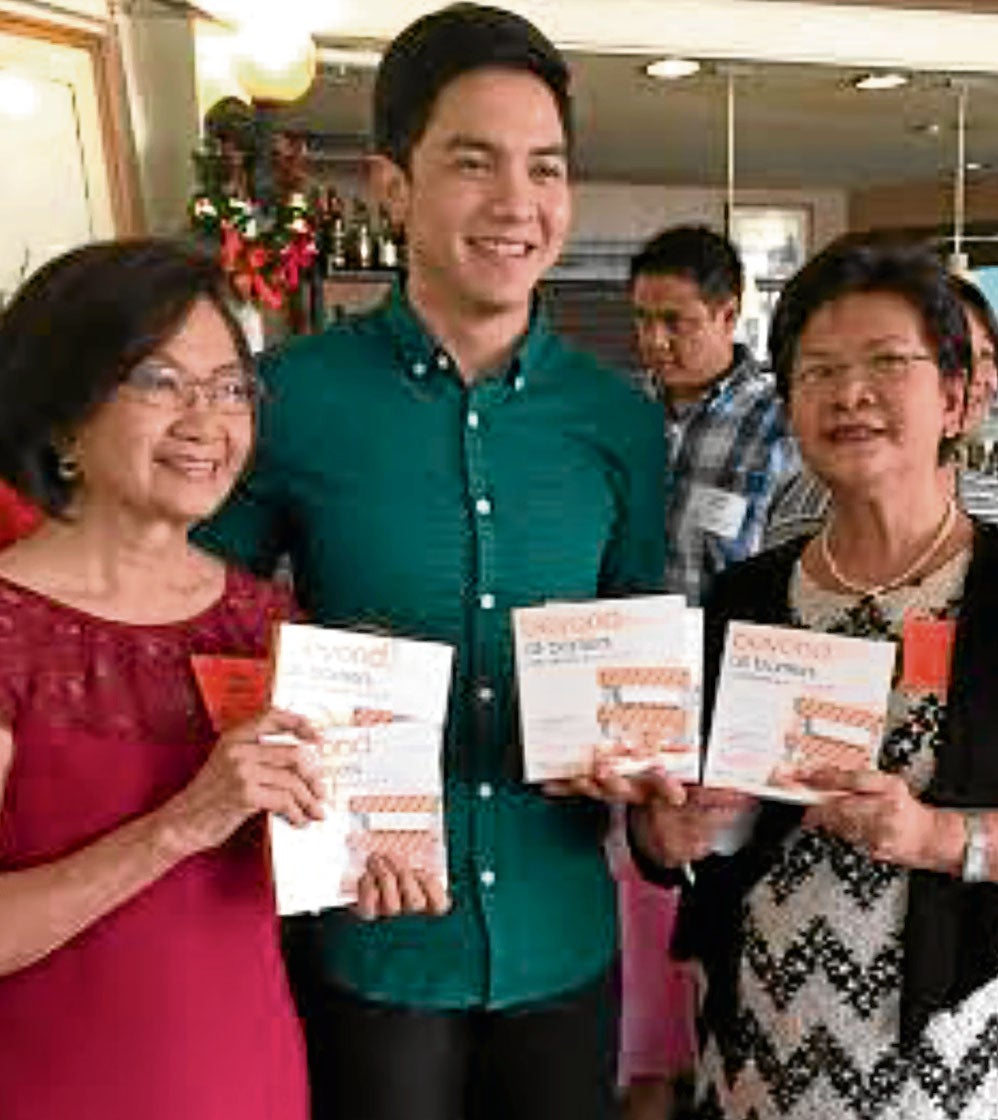 ACTOR Alden Richards and Ombudsman Conchita Carpio Morales were among the coauthors that gave inspirational talks during the launch at the Manila Polo Club of “Beyond All Barriers,” the fifth installment of “Coincidences or Miracle?” book series edited by Flor Tarriela and Butch Jimenez.

Moving testimonials from special guests made the event doubly inspiring. Broadcaster “Kuya” Kim Atienza talked about how a stroke and Guillain-Barre Syndrome made him turn to God.

An advocate of integrative medicine, former Department of Health Secretary Jaime Galvez Tan spoke about his popular “Resetang Walang Gastos” campaign and attaining wellness through positive thinking. Alden Richards, the handsome half of worldwide trending phenomenon “AlDub,” made a surprise appearance, to the delight of the crowd. The actor describes the monumental success of his career not as a coincidence but “a miracle from God through Jesus Christ.”

Conquest for Christ’s Kay Jimenez, “Beyond All Barriers” publisher, announced that all proceeds from the new book will be used to distribute Bibles.

A sixth “Coincidences or Miracle?” book is in the works.