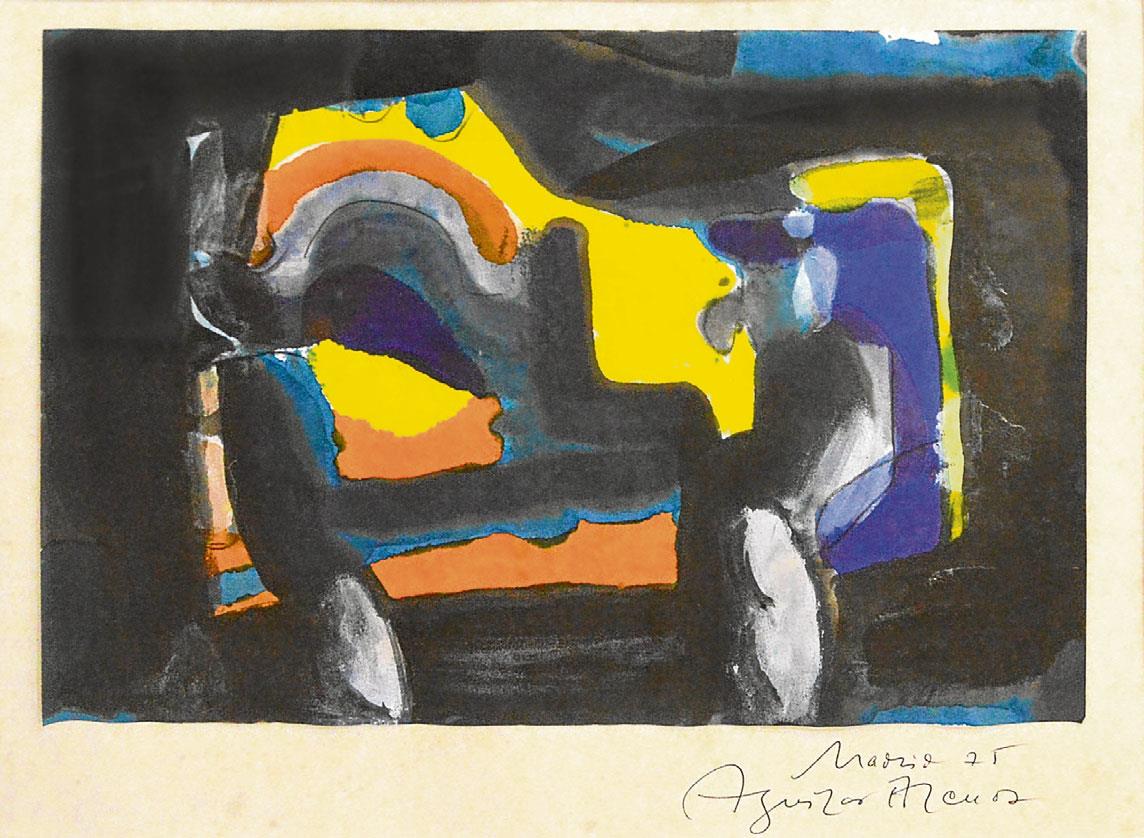 TO DEMONSTRATE the unique characteristics of watercolor—which really is not possible in other media—Galerie Joaquin is having a special dual exhibit from both a vanguard of Philippine art as well as one of its newest but more outstanding beacons.

Aguilar Alcuaz, declared National Artist of Visual Art in 2009, demonstrates the distinctiveness of watercolor in creating transparencies in a Italo-French technique called aquarelle, in his exhibition “Abstract Aquarelles.” Erwin Mallari, on the other hand, uses watercolor to show genre scenes in an award-winning practice, bringing us to consider humanity from the perspective of life on bodies of water in “Life on Water.”

Both exhibitions will open at Galerie Joaquin in San Juan City on Tuesday, April 12 at 6 p.m., and will run until Tuesday, April 26. Federico Aguilar Alcuaz’s “Abstract Aquarelles” will be on display at the second floor VIP Room, while Erwin Mallari’s “Life on Water” will be displayed at the Centre Gallery.

This landmark exhibit is the first time important watercolor works from the late National Artist will be display in an all-watercolor event. The forms echo Aguilar Alcuaz’s abstract canvases, but the use of aquarelle to layer the forms allow for a haunting organic aesthetic that is reminiscent of the work of Spanish architect Antoni Gaudi.

Aguilar Alcuaz’s exhibit in Galerie Joaquin helps to bring about a more complete picture of Aguilar Alcuaz who is already well known for his tapestries, tres marias, oil-on-board paintings and portraits. This is important to form a holistic idea of what his entire practice encompasses, and to understand fully the genius that is the late National Artist.

Although young, Mallari is already a multi-awarded artist. In 2012, he was a semi-finalist at the Metrobank Art and Design Excellence (MADE) Award, and in 2014, Mallari bagged the Grand Prize at the Kulay sa Tubig Art Competition, whose judges included Cid Reyes and Patrick Flores.

The inherent characteristics of watercolor also serve to highlight the distinct approaches of these two artists. Their intellectual approach to art has made them realize that not all subjects have the same visual appeal in watercolor that they may have in, say, oil. But they play to the medium’s strengths, creating works that are truly one-of-a-kind.