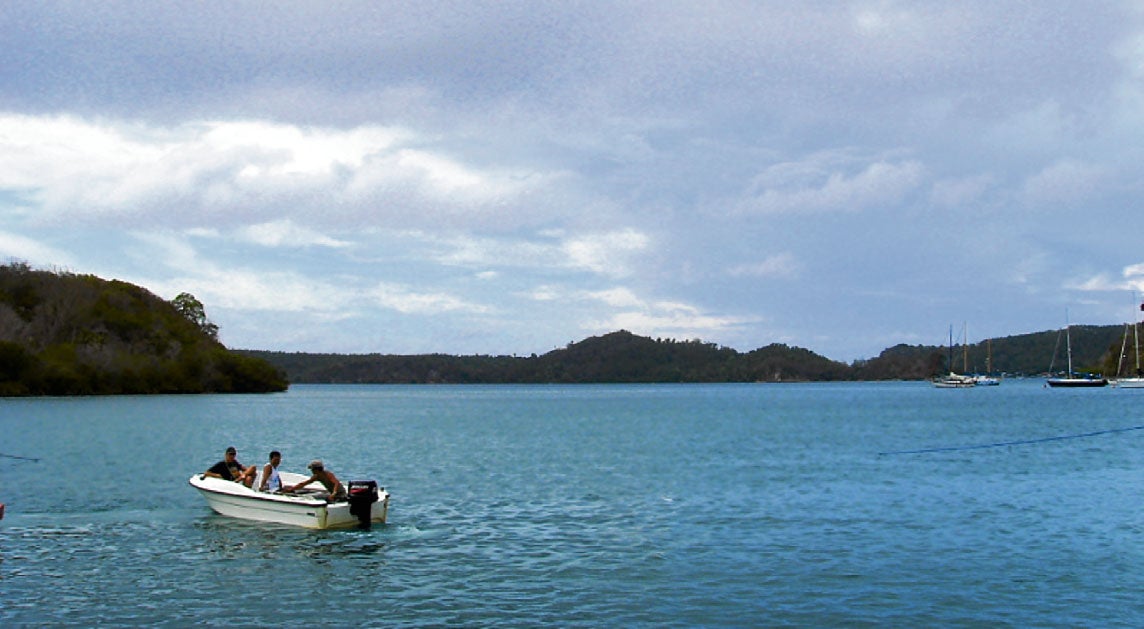 BOATMEN at a cove. PHOTOS BY EDGAR ALLAN M. SEMBRANO

BIOSPHERE refers to the sum total of terrestrial, marine and air ecosystems.

The United Nations Educational, Scientific and Cultural Organization (Unesco) has been listing the most ideal and exemplary ecosystems in its Man and Biosphere (MAB) program since 1971.

So far, Unesco has named three from the Philippines.

The famous resort town in Oriental Mindoro was inscribed on the Unesco MAB as early as 1977.

With a diverse ecosystem, Puerto Galera has grasslands, dipterocarp and mossy forests, mangrove and coral reefs.

It also hosts a number of endemic species such as the tamaraw (Bubalus mindorensis).

“The conservation of coral reefs has been recognized as one of the main tasks of the biosphere reserve since healthy coral reefs are important for the conservation of biodiversity, the maintenance of the traditional lifestyle and culture, tourism revenues, education and research,” notes Unesco.

The first to be inscribed on the Unesco MAB, Puerto Galera now sadly faces the threat of being delisted because of tourism overdevelopment and despoliation.

In the 18th session of the International Coordinating Council of the Man and Biosphere program of Unesco in Lima, Peru, Albay was chosen for the ideal coexistence between nature and man-built environment, as illustrated by Mayon Volcano forming the backdrop of Daraga Church which was built by Spanish Franciscan missionaries and the local communities under their care, using black volcanic stones spewed during Mayon’s destructive eruptions across the centuries.

Inscribed in 1990, Palawan is the biggest island of Luzon. So big it is that on the map, it seems the unofficial fourth major island group in the Philippines.

Palawan has often been called the last ecological frontier of the country.

It is home to over 50 ethnolinguistic groups such as Pala’wan, Batak, Tagbanua.

Its natural resources are highly diverse, including rich mineral deposits.

Other species in Palawan: 26 Philippine amphibians; 69 reptiles; 279 birds; and 58 terrestrial mammals, which include 16 species endemic only to Palawan.

Among these endemic species, 67 are classified as threatened. Of these, 42 are endemic to the province.

An intergovernmental scientific program of the Unesco, MAB program aims to form a scientific foundation for the improvement of the interaction between man and the environment.

There are 669 sites around the world which have been declared MABs, including the latest batch of 18 that were declared during Unesco’s recent meeting in Lima, Peru.